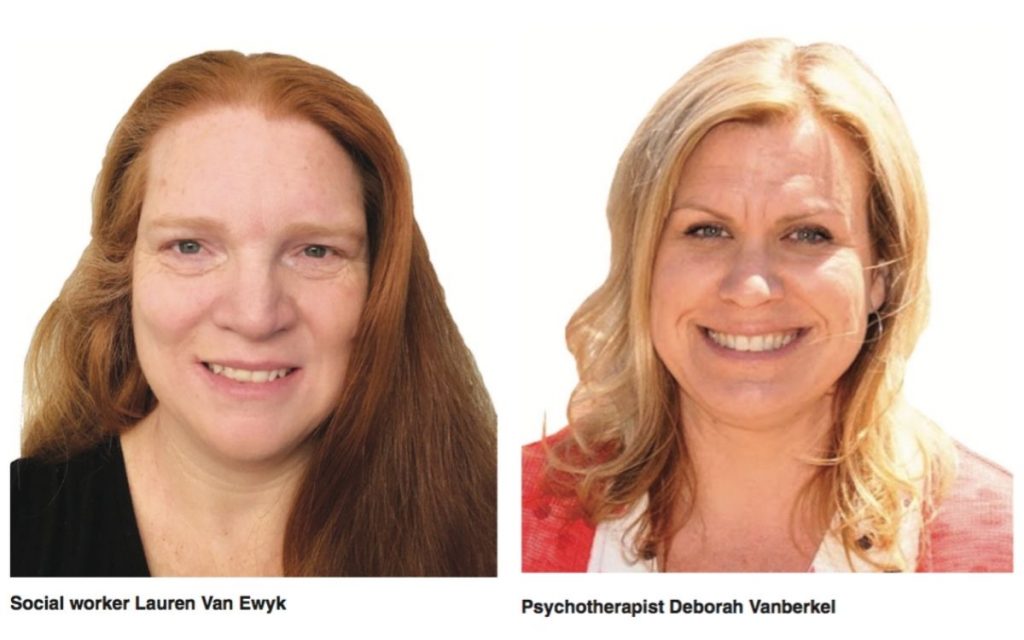 EASTERN ONTARIO — While farmers experience chronic stress and anxiety more than the general population, pressures have increased during the pandemic and yet farmers are less likely to seek help, sometimes with devastating consequences for themselves and their loved ones.

The suicide rate among farmers is already 20 % to 30 % higher than in society at large, reports Lauren Van Ewyk, a Sarnia-area sheep producer and registered social worker with a masters degree in mental health counselling. In her own county of Lambton, she said there have been seven farmer suicides since November 2020. “Absolutely, it’s a crisis.”

She added: “A farmer is much more likely to talk to their seed guy than they are to their spouse, their family or their doctor about their mental health.”

Van Ewyk, who specializes in serving the agricultural community at her on-farm practice, Wellspring Counselling Services, explained that farmers “don’t want to be a burden to anybody. We have this culture where we’re tough and resilient people, and we’re salt of the earth and pull up our bootstraps.”

A 2016 University of Guelph research survey that pegged farmers’ chronic stress levels at 68 per cent higher than the general population also found that almost 6 in 10 farmers met the classification of suffering from anxiety, Van Ewyk said.

“What I see in my practice all the time is that farmers are experiencing chronic stress over long periods of time, but when they can’t handle that chronic stress any longer, it’s a quick flip,” she says. “So we have farmers who seem to be functioning pretty well for a long period of time, until there’s this break, there’s this very de ned break. And at that point, there’s significant feelings of hopelessness and helplessness.”

The mental health issue in rural areas is exacerbated by the fact that fewer mental health therapists and other professionals are available. In rural Ontario there is one psychologist for every 28,000 people, compared to one per 3,800 people in urban areas.

On top of that shortfall, many in the mental health field lack what she deems “cultural competence.” Simply put, therapists don’t understand the ebb and flow of farming life and the unique pressures and family dynamics.”

At the very least, it appears stresses have been mounting in rural Eastern Ontario throughout the pandemic. In the first six months of 2021, mental health referrals from rural postal codes were up 30% over the first half of 2019 — the last pre-COVID year — at the Cornwall Community Hospital. “That’s a big jump,” noted Christine Penney, the hospital’s vice president of community programs. Mental health program referrals from all areas of the hospital’s Stormont, Dundas, Glengarry and Akwesasne catchment area over the same period were up 13%.

Vanberkel, who has seen an uptick in demand for her services since the start of the pandemic, can’t say that farmers as a segment have experienced a more pronounced decline in mental health but that the pandemic seems to have added to the burdens they already carry. Farmers endure a plethora of worries that include home-schooling children, the uncertain weather, volatile commodity prices, crop health, debt burden and paperwork. The paper work alone was enough to send a Cornwall-area dairy farmer into a depression she didn’t even recognize until she reached out for help because she couldn’t face all the work in front of her.

Vanberkel has seen two farmers whose anxiety hit such a level, they believed they were having a heart attack — only to learn at hospital it was a panic attack brought on by high anxiety. “They go in and are told they’re having a panic attack stemming from their brain. And then they don’t know what to do with that information,” she said.

Canadian Mental Health Association mental health promoter Angele D’Alessio and advocate for a new farm mental health seminar initiative — ‘In the Know’ — points out that depression is common. One in 10 people experience depression needing diagnosis at some point in their lives. Thirty-five per cent will experience at least one panic attack — a temporary but debilitating feeling of intense fear or terror accompanied by physical sensations like a racing heart, shortness of breath, chest pain, dizziness, shaking, sweating or nausea.

Cornwall-based D’Alessio also acknowledged a gender dynamic that plays into the issue of untreated farm mental health problems: maleness. 75% of suicide victims are male; men in general are more likely to suffer a “masked depression” in which they fail to recognize the symptoms; and men overall are less likely to seek help because they want to be tough and not perceived as “weak.”

Often, according to Vanberkel, it’s the farmer’s wife reaching out for help on his behalf, and they end up having a three-way phone conversation in which the husband listens. He’s leery at first, “and rightfully so because they’ve never had counselling,” she said. “They’ve only seen it on TV. To them, they’re going to be talking to a shrink, lying down on a couch. And I dispel that myth pretty quickly, and we move forward from there.”

She cites as a success story a farmer who tried to commit suicide and wound up — reluctantly at first — as a counselling client. She knew she was making major headway when, 6 months into the process, he answered his phone during a session and told the interrupting caller, “I can’t talk right now, I’m talking to my therapist.”

Vanberkel said she hopes that one day, farmers will grow up knowing the risks of deteriorating mental health and accept the dangers as innately as an unguarded PTO shaft.