TORONTO — The first few steps in the show ring are the most important for an animal as that’s the chance to make an immediate impression, says the Hereford judge at this year’s Royal Agricultural Winter Fair Nov. 4-13.

“When those animals come in to the ring, the first 5 or 10 steps, I’ve already got a pretty good idea what I think of the animal and where they are going to place,” says Jim Williams of Boling, Texas.

Here are how four judges will choose champions at next month’s Royal in Toronto.

What do you look for in a winning cow? “She’s very beautiful, long neck, nice dairy capacity and open ribs. She also needs to have good feet and legs.”

If two cows are evenly matched, what’s the deciding factor? “The better quality cow wins. Not the taller cow. Not the bigger cow. Size is nice, but it doesn’t decide the cow.” 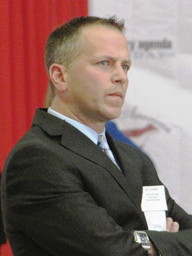 What do you look for in a winning cow? “She needs to have a little strength, very balanced, yet some dairy qualities (such as) silky hide, feminine head and neck, clean bone, but still have a lot of width with the chest and with the rump. I don’t care about size. I’d rather have the balance.” 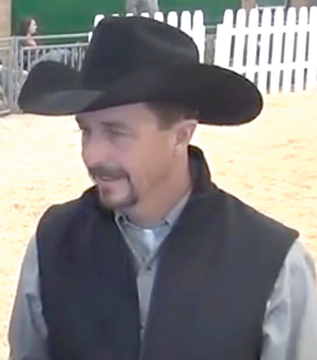 What do you look for in a winning cow? “A female is supposed to look like a female: Very attractive, very clean-fronted. The more rib and the more volume they have, the better converters they are of grass and feed. You need a moderate amount of muscle. One of the most important things is having good feet. That determines the longevity of the animal.”

What can lose the competition for a cow? “If an animal has trouble in terms of movement and getting out and going, the longevity of that animal is probably going to be quite a bit shorter than the rest of them. Probably one of the most important things is if it doesn’t take a good long stride and have a good foot structure.” 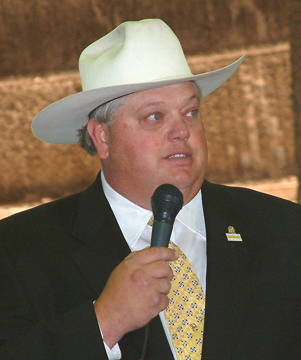 What do you look for in a winning cow? “Structural soundness, integrity, and good on its feet and legs. A gal that has durability. A cow that has good muscling. Quality and balance. From the ground up: From the foundation, feet and legs, structure, on up to the muscle, thickness and balance.”

What can lose the competition for a cow? “It would be a cow that is very masculine and doesn’t look like a cow. I would want all my females, if you saw them at 500 yards, to know they were female. If I have a female that would be masculine, or with poor udder development, or showed the lack of milking ability if she was nursing, she would just be out immediately.”