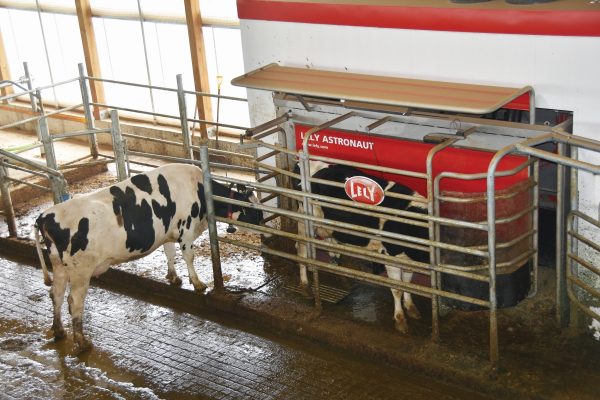 EMBRUN — The cost of owning robotic and parlour milking systems are very similar overall, including — somewhat surprisingly — repair and feed costs. Those are among the key findings of a “myth-busting” analysis touted as the first-ever objective financial review of Canadian dairy farms employing the competing technologies.

The review does not offer a “black and white answer whether farms should or shouldn’t use one system or the other,” cautions BDO Canada National Director of Agriculture Maggie Van Camp, whose Embrun-based colleague, Francois Bourgeois, presented his “benchmarking” figures earlier this year.

The exercise was intended to “create clarity and context for discussions so decision-making is based on numbers — not dirt-road myths, coffee-shop gossip or company-specific data,” Van Camp adds. “For example, one of the common things we hear is that robotic milking systems are more expensive to repair. Our numbers are showing the repair costs for robotic milking systems are actually very similar to parlours. That can help with cash-flow projections. Another is to understand labour cost-savings.”

Contrary to popular scuttlebut in farm country, the analysis found that robotic dairy farms on average spend 4.25% of revenue on repairs and maintenance versus 4.09% at farms with parlours. “Very, very similar numbers,” Bourgeois observed.

Likewise, just over 19% of a robotic farm’s revenue went into feed, a bit lower than the 19.53% at a parlour farm. While feed costs are likely more per animal on the robotic farm, this may be offset by more milk production per animal, translating into fewer animals required, Bourgeois explained.
Not surprisingly, labour costs separated the two systems more substantially. The average robotic farm spent 4.39% of revenue on salaries but it was 8.44% at a parlour farm — a difference of $4,000 for every $100,000 in milk revenue, Bourgeois pointed out.

Parlour farms, though, carried lower overhead costs, at 5.15% of revenue, versus 7.72 % for robotic farms. And with all factors considered, both systems yielded similar financial performance. The cost of goods sold as a percentage of revenue were almost the same at 31.99% for robotic farms and 32.27% for parlour farms.

Bottom line: the decision to invest in robots or a parlour depends on the farmer. “A robotic is not for everyone, neither is a parlour system,” Bourgeois said. “Based on our numbers, a parlour system or robotic system will have a similar profitability before investment. So you have to choose what’s right for you.”