Residents have a blast naming snowplows 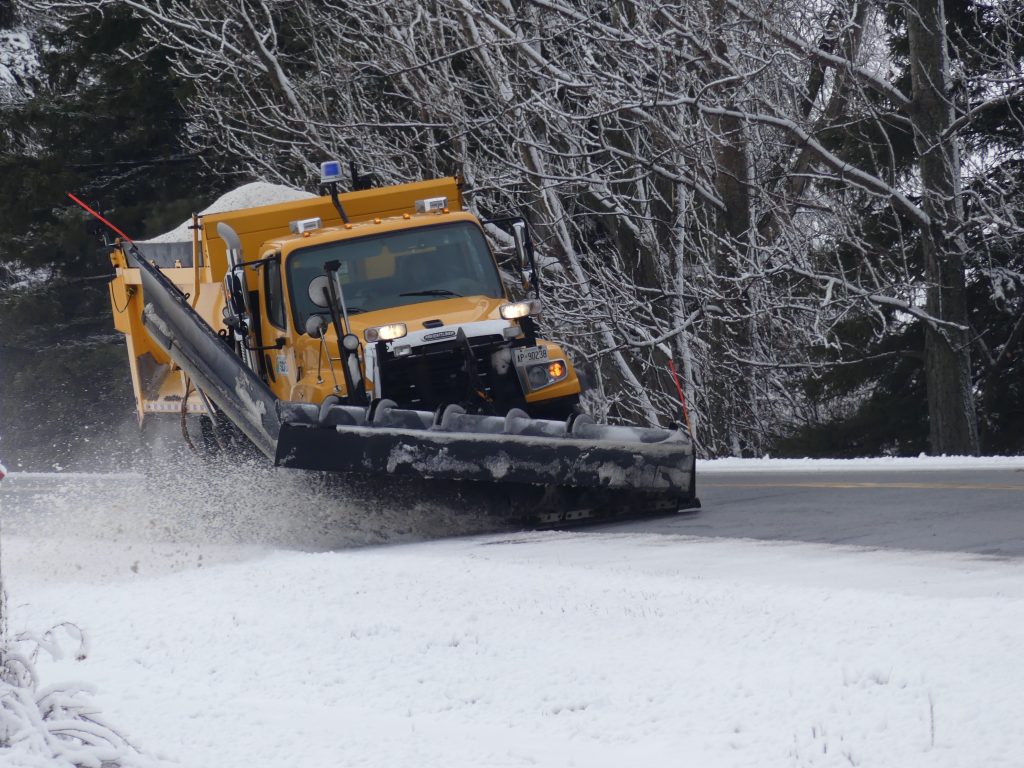 SDG’s Rhinestone Plowboy, in action outside Chesterville several years ago, before the rig received its new name. Zandbergen photo

SDG — The snowplows of Stormont, Dundas and Glengarry counties are fanning out this season, each one newly denoted with a whimsical name on its door.

The new monikers reflect the fun intentions of the United Counties government, which earlier this year sought public help in naming the 16 plow trucks that maintain SDG’s rural road network in Eastern Ontario.

The names are a mixture of silliness, clever puns and local and pop cultural references. A drum roll, please, the fleet is now distinguished by the likes of:

“The response we received from the public was overwhelming,” said SDG Director of Transportation Benjamin de Haan. “We’ve succeeded in our goal to add a little bit of colour to the work we do on behalf of local residents and visitors to our community.” 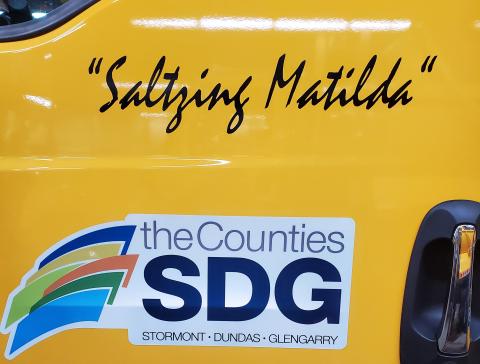 A word on ‘Saltzing Matilda’: It’s a clever take-off on the song Waltzing Matilda as well as the name of one of SDG’s former lower-tier municipalities, Matilda Township. At least eight other names also contain geographic references, and those snowplow trucks “for the most part” will operate in the places indicated, according to an SDG spokesperson.

Meanwhile, on the other side of the province, rural Chatham-Kent also boasts a fleet of newly christened snowplows named by popular poll. The witty residents of that southwestern Ontario community now enjoy the services of: