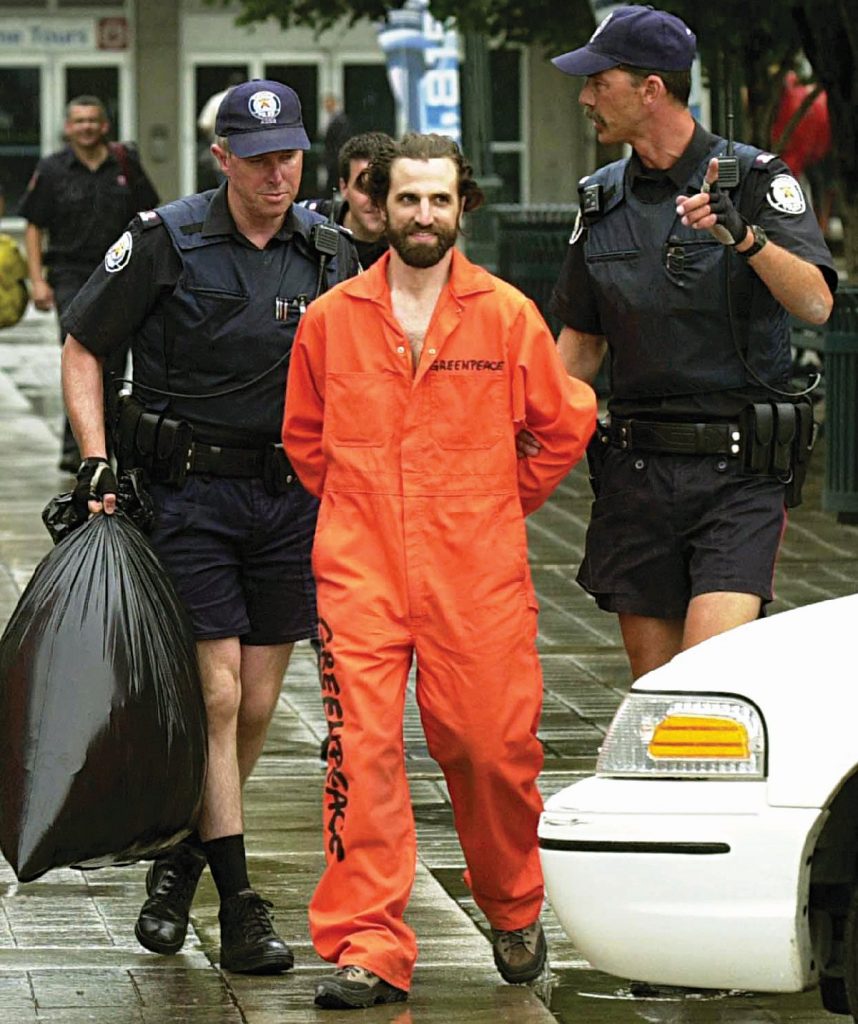 Then-Greenpeace activist Steven Guilbeault is led by officials from the CN Tower in Toronto, July 16, 2001. Guilbeault and another man scaled 346 metres (1,136 ft.) on the world’s tallest free-standing structure to protest Canada’s role in changing the world’s climate. (CP PHOTO/Aaron Harris)

“The world’s cupboards are empty, and that’s why commodity prices are high, and the federal government has just introduced a cabinet with a leftist, environmentalist agenda that is going to be anti-agriculture,” observed Grain Farmers of Ontario District 12 Director Jeff Harrison on a gloomy rainy day.

In addition to farmers’ worries about weather, prices and input costs such as increasingly expensive crop-drying this harvest season, “Now we have to worry most about the government of the day,” the Northumberland County farmer said.

The Trudeau regime’s carbon tax already adds substantially to soaring commercial drying bills, amid spiking propane and gas prices, for a service critical to the nation’s food supply. Unusually this year, almost all of Ontario’s soybean crop has required artificial drying, Harrison pointed out. “So as farmers, we’re paying more than our fair share this wet fall.”

Guilbeault, who is the new Environment and Climate Change minister, opposes fossil fuel development and opposed every recent oil pipeline proposal, and all at time when energy needs are on the rise. The National Post’s John Ivison said it is “dangerous” to put an activist in charge of a government department.

Harrison predicted Guilbeault will attempt to ban “different products and inputs, certain chemistries” used by Canadian farmers before the spring. “They’re going to attack those. And the problem with that is our global competitors will still have access to these products, and we’re not going to.”

Noting that Guilbeault spent 20 years as one of Quebec’s highest profile environmental activists, Ottawa Sun columnist Lorne Gunter predicted the new minister won’t “advocate for a balanced approach to economic development and environmental protection…. It is going to be all radicalism all the time.”

In a moment of bi-partisan agreement, both the current Conservative and former NDP premier of Alberta have voiced concern over Guilbeault. Premier Jason Kenney told CTV news that Guilbeault would impose a “radical agenda that would lead to mass unemployment.”

Former premier Rachel Notley told the network she shares “some of the concerns about some of the historical positions taken by that minister in the past, some of his anti-pipeline commentary, that is certainly troubling.”