CANNAMORE — A heavy red tape burden still has Ontario businesses tearing their hair out. Among them is a popular agritourism destination south of Ottawa that estimates its losses at about $20,000 after a bureaucratic water-testing runaround with their local health unit prevented the opening of their chip wagon for the entire season.

The Fraser Institute recently reported that 63% of surveyed small- and medium-size businesses reported being discouraged from growing because of excessive regulation, with 68% claiming a significant productivity cut due to overregulation. Respondents estimated about 30% of regulatory costs did nothing to improve health, safety or the environment. 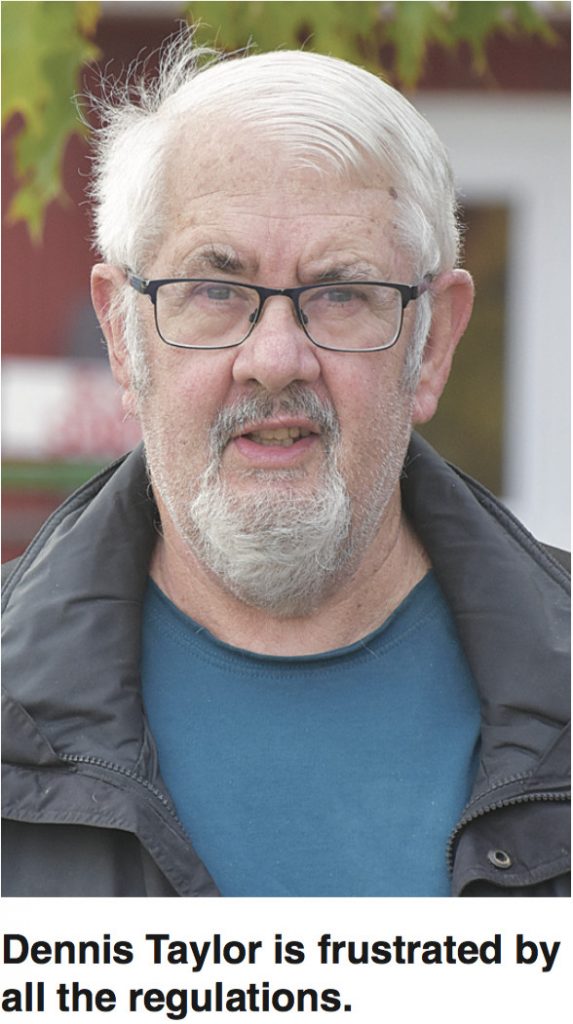 For Cannamore Orchard, 2021 marked the first time in a dozen years its thousands of visitors weren’t able to snack on burgers and fries in the busy weeks leading up to Halloween, according to former owner Dennis Taylor, still heavily involved in day-to-day operations during the transition to new ownership this year.
“We’ve never had a problem with the health unit before in the 10 or 12 years since we brought the chip wagon here,” he said. “In all the other years, nothing has come back bad, except this year.”

He concedes that some of the problems were their own but not all. Consider this.

The health unit official was not happy with the chip wagon’s portable water supply. They only use the water to clean the fryers so Taylor figured they’ll wash them in the farm house from now on. Nope. Regulations don’t allow it. Okay, how about bringing bottled water to the chip wagon? Regulations don’t allow that either. Oddly, his nearby building used as the fudge kitchen on the same farm has permission to use bottled water for cleaning.

When it appeared the chip truck would finally get the green light, almost three months after the owner replaced the truck’s water-holding tank, the inspector had no problems with the chip wagon but chose to fail the entire premises after seeing cloudy water in the fudge kitchen sink.

Incidentally, a health order several years ago, required Taylor to install hot and cold running water and sink at his food retail counter at a cost of $2,000. It’s a sink he never uses.