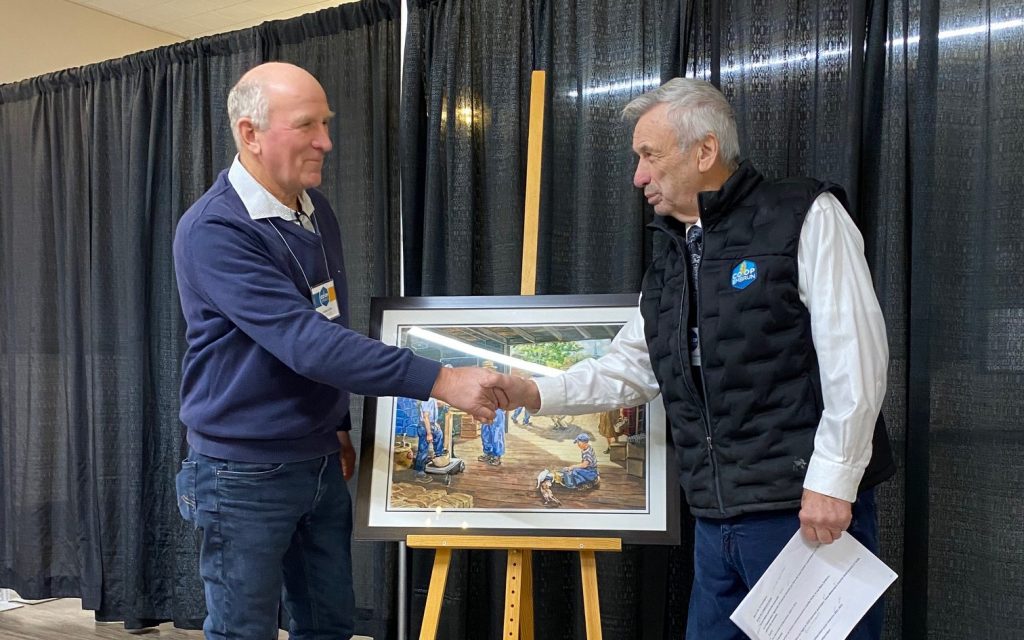 After a three-year term as president of Embrun Co-op, Pierre Etter (left) receives an artwork as a token of appreciation, Dec. 15. from secretary Maurice Godard.

EMBRUN — The Embrun Co-op posted a record financial year in 2021-22, with $95 million in gross revenue and $1.3 million in net profit, as reported at the organization’s Dec. 15 annual general meeting, the first AGM held in person since the pandemic.

As a result of the strong performance in 2021-22, the Co-op’s 4,000 members will share a dividend of $257,595. That figure represents 1% of sales at the organization’s Embrun-based Independent grocery and Rona hardware stores and 0.5% of sales in its energy, feed and crop-support divisions. Elevator operations contribute $1 per ton of grain marketed to the dividend. 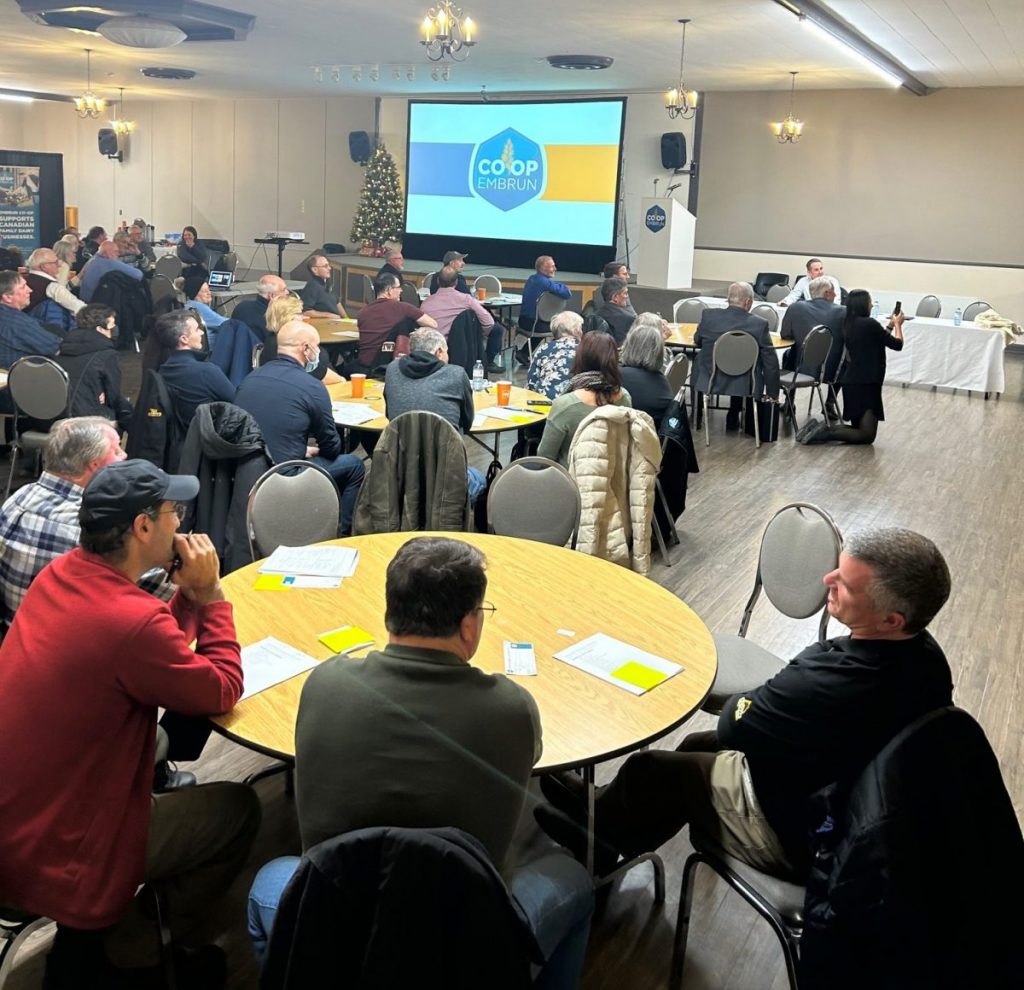 In other highlights, the Embrun Co-op in the last year opened a McDonald’s restaurant, renovated its grocery store and started an expansion project at its hardware store. Several future projects are also in the works.

On the grain-processing side, the Co-op acquired a new soybean dryer and a Rogator floater with air boom — all highlights reported by Co-op board president Pierre Etter.

The rosy financial picture coincides with record profits in the ag sector generally. Amid high commodity prices, Ontario farm profits jumped 45.5 % in 2021, according to Statistics Canada.

The Co-op has invested more than $27 million into its businesses over the last 10 years, Chief Executive Officer Patrick Therrien noted and pointed out: “All this money is invested locally.”

The Co-op has also benefited from $10 million in loans from members. “They receive a return on their investment when it comes to date,” Allie Gasser explained. “But these were loans made by members approaching us — we never solicited for these.”

To drum up further investment as these loans are paid off, the Co-op will be issuing an “offering statement” to satisfy provincial regulations for soliciting investors.

Elections were held to fill 3 vacant, 3-year positions on the board, with Étienne Seguin and Caroline Rollin both re-elected. Eric Patenaude was elected for the first time. The new board chose Michael Bols as president, Étienne Seguin as  vice-president and Maurice Godard as secretary.

The meeting also saw $500 bursaries awarded to Bruce Porteous and Philippe Denis Vignola, by the Co-op and Bergeron families, in honour of Jonathan Bergeron. The bursary recognizes post-secondary students who are passionate about the dairy industry and are committed to the future of agriculture in Ontario.