More than 200 paddling enthusiasts roll down (and into) the river 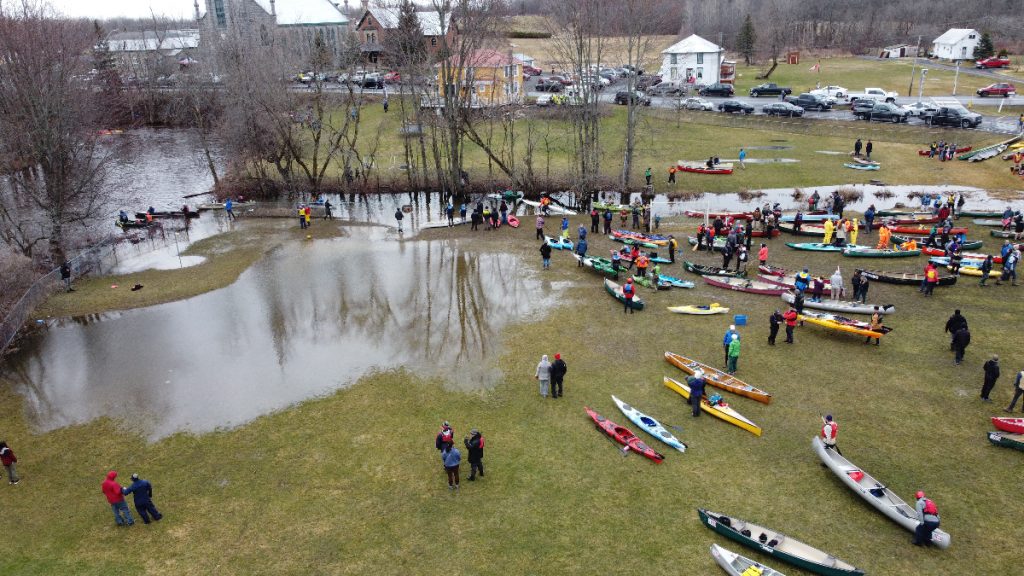 Since 1973, the Raisin River Canoe Race has been a popular event for paddlers of all ages.

WILLIAMSTOWN — A flotilla of 224 canoes, kayaks, and stand-up paddle boards took up the challenge in the annual Raisin River Canoe Race, a popular Eastern Ontario tradition that resumed for its 49th edition after a two-year pandemic hiatus.

Forecasted flurries failed to dampen the festive atmosphere as paddlers of all ages entertained spectators along the 30-km rural route between St. Andrews West, north of Cornwall, and Williamstown. Several competitors pulled out after an early cold-water dip at the first set of rapids called the Devil’s Chute. Seventeen boats did not finish the race.

“Ever since the first Raisin River Canoe Race in 1973, the event has been like a rite of spring for both residents and visitors to the area,” RRCA Canoe Race Coordinator Lissa Deslandes said.

The fastest time down the River was the Pro Boat Tandem of Mike De Abreu and Seb Courville (of Arnprior) in a time of 2:10:50. 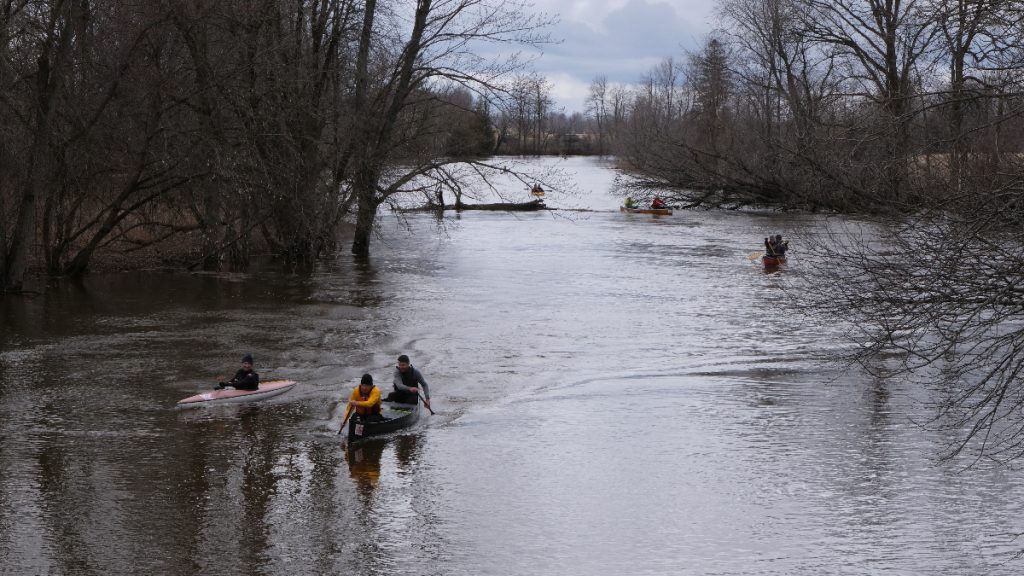