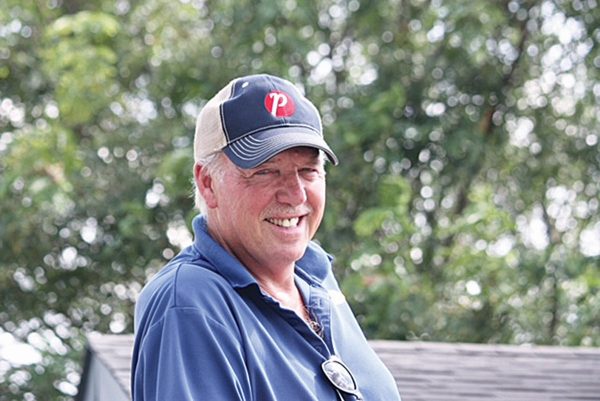 Longtime Pride Seeds employee, Ron Ferguson, passed away on June 23 at the age of 73.

OSGOODE — Like his hero Gordie Howe, the late Ron Ferguson was a long-time star in his field. After coming out of retirement a couple of times in the past decade, Ferguson bowed out for good as Pride Seeds’ popular Eastern Ontario district sales manager three years ago, but even then, continued to help out with the company.

“He was an icon in the seed business of Eastern Ontario,” his ex-wife and continued close friend Brenda Trask told Farmers Forum in July. “He was there so long, he was synonymous with Pride Seeds.”

Ferguson, 73, died June 23, a few weeks after a sudden brain bleed caused the Osgoode resident to suffer a debilitating stroke while visiting a friend. Trask said the incident revealed the previously undiagnosed condition of cerebral amyloid angiopathy, which put him at higher risk for a brain hemorrhage. He was in and out of consciousness while convalescing at the Ottawa Civic Hospital, where he passed away, she said.

“What always impressed me about him was that he would get up every single day and go out motivated to do his job,” remembered Trask, herself a former Pride employee now serving as communications manager with SeCan.

“He loved it…. He was just totally immersed in Pride Seeds, she said of the deceased. “He wore Pride clothes all the time. He drove the red truck. He made sure his field signs were straight and even. He took a lot of pride in showcasing the varieties and hybrids. He was ‘Mr. Pride.’”

Raised on a farm in Dalmeny, outside Osgoode, and south of urban Ottawa, Ferguson was in his mid-20s when Paul King, then president of Chatham-based King Grains — precursor to Pride Seeds — interviewed and hired him in 1974.

Pride Seeds’ VP of Production Grant Craven  noted that while there were other employees important to the company’s success in Eastern Ontario, “When you look at who really was the one that expanded our business in that region, it was Ron Ferguson.

“He’s the only guy I knew that ironed every one of his Pride shirts.”

Others similarly remembered Ferguson for his always spotless Dodge pickup truck, so clean it could be mistaken for new.

“He was phenomenal,” said Aaron Bowman, who worked alongside Ferguson for eight years. Now employed as a Pioneer sales rep, Bowman noted “Everything I learned in the seed industry, I learned from Ronnie.”

No matter what agricultural show they attended, the smart and charismatic Ferguson drew people into their booth for a chat, said Bowman of his mentor.

Ferguson  enjoyed a life in local sports as well, hitting the ice three times a week with the Osgoode oldtimers’ league, right up until last winter. His teammates knew the avid Detroit Redwings fan as  “Ferg” — his old high school nickname — as well as “Gordie” in honour of his hockey idol. He even wore Howe’s number 9, according to Ferguson’s high school classmate and best friend of more than half a century, Terry Holmes. “He was the ‘fan’ in ‘fanatic’ when it came to Detroit,” said Holmes, who was with Ferguson when the stroke occurred.

They were both just 28 years old when they joined the local hockey team, “and we played until we were 73, so that’s a lot of years we played together,” he observed.

Ferguson lined up a company sponsorship for the squad, which was renamed the Osgoode Pride Oldtimers hockey team.

Holmes, also a farmer and client of Ferguson’s, remarked that his buddy always put customers first. “He wasn’t a 9 to 5 guy. If a farmer ran out of seed and gave him a call, you can be sure he wouldn’t make up excuses. He was probably there the next morning if not that night … he was the ‘service’ in customer service.”

“He always had a smile on his face, always was positive,” he added.

Ferguson lived at the Dowd Seniors Apartments in Osgoode after moving out of his home in the village last year. He’s survived by three daughters and two ex-wives, a grandchild, four siblings and many nieces and nephews.

All of his daughters had the opportunity to work with him as a summer job. “It was really fun working for him,” acknowledged Jodi Ferguson, now a teacher, who enjoyed her father’s supervision for three of five summers with Pride Seeds.

In his honour, the company has renamed its primary commercial sales award the Ron Ferguson Spirit of Pride Commercial Sales Award.