Possibly the most bountiful season in living memory 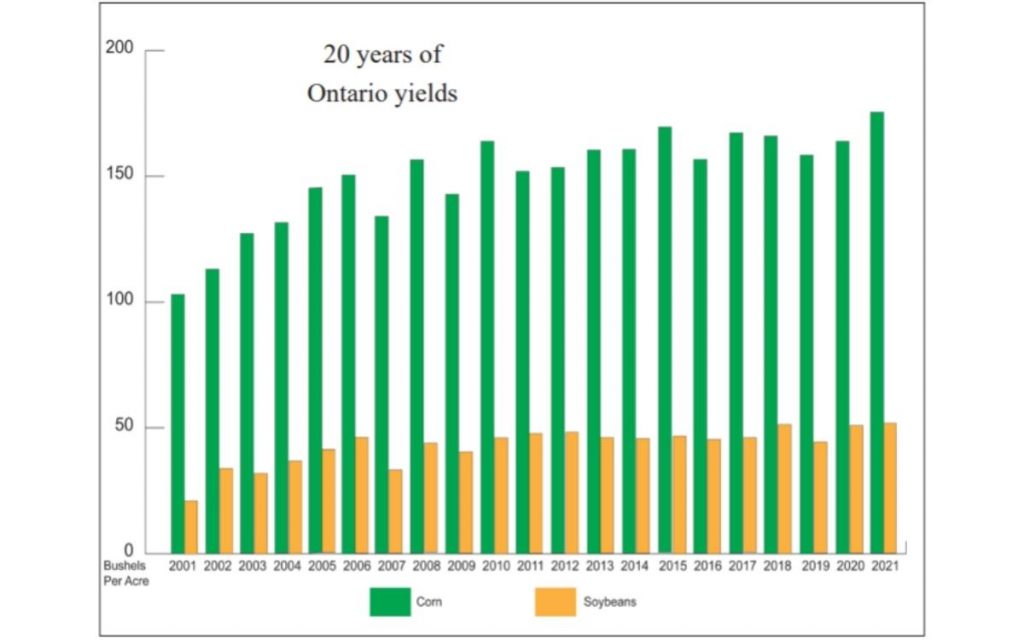 BRINSTON — It’s official: The province’s corn, soybean and winter wheat growers reaped record harvests in 2021, as tabulated by Statistics Canada. And not only was it a chart-topping year for Ontario’s grains and oilseeds producers, the hayfields of Eastern Ontario also flourished. The combination adds up to possibly the most bountiful season in living memory — especially for those Eastern Ontario livestock farmers growing their own feed.

At his Brinston-area dairy farm, John Westervelt favourably compared this year’s corn and soybean yields to Eastern Ontario’s bin-busting year of 2015. “I think if we include hay yield, we have set a new standard to go by. Definitely a ‘new’ normal,” Westervelt added. In 2021, Ontario produced the highest average yields ever recorded in corn (175.2 bu/ac), soybeans (51.6 bu/ac) and winter wheat (90.9 bu/ac).

The overall output of those crops also ranks at number one for both corn (373-million bushels) and winter wheat (98.16 million bushels) and number two for soybeans (150 million). Testament to the big yields per acre, that output came off a less than record amount of land. The harvested 2021 acreage of corn (2.13 million acres) and soybeans (2.9 million acres) both ranked in historical fifth place, while winter wheat (1.08 million acres) ranked third highest seen in that crop.

And Eastern Ontario growers may have done better than that. “I’m 57 and I’ve never seen yields like it,” said Inverary dairy farmer Gary Gordon, echoing Westervelt. Gordon reported “massive” and “amazing, highquality” alfalfa yields from three cuts and a barley crop that produced 2 tonnes per acre, double the usual haul. “It was just phenomenal. I wouldn’t have dreamt you could get that.”

The quantity he took on his second-cut hay was “more than the second cut of the last three years put together,” he said. Gordon added that his corn silage fields yielded 600 tonnes over the last year, from the same acreage. “That’s quite a feat.”