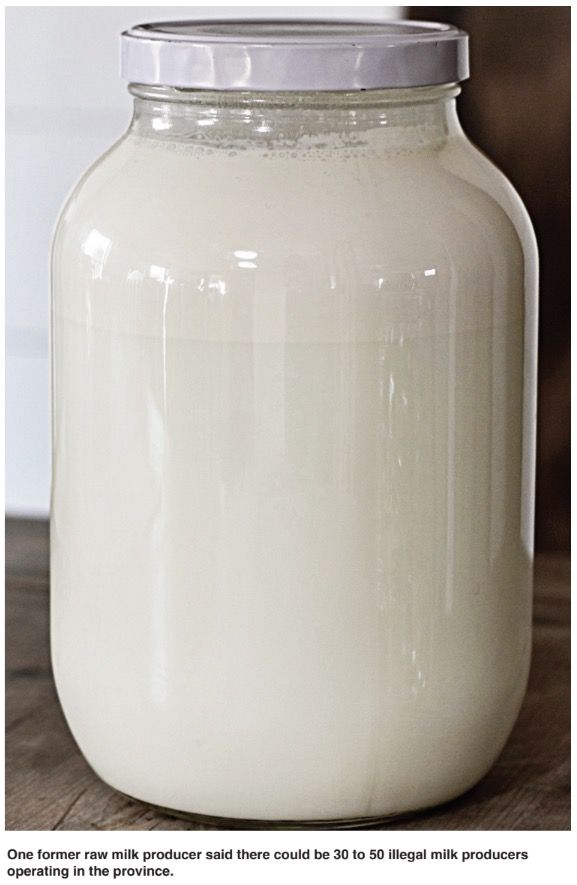 Dairy farmer Brad Martin said that 12 OPP cruisers showed up in support of a similar number of evidence-gathering OMAFRA officials who descended on his Echo Valley Ranch farm outside Moorefield on April 13. “They have not charged us yet, but I’m fully expecting that they will,” Martin told Farmers Forum on April 20.

He said the search warrants executed that day suggest forthcoming allegations that his farm is operating an unlicensed milk processing plant and selling ungraded eggs. “It’s the milk that they were really after,” he said.

He expects to be charged for having an unlicensed processing facility as he believes it is harder to close down a cow-share operation, whereby locals own shares in the milk produced. He said that OMAFRA no longer argues that a cowshare is contrary to the Milk Act and the supply management system.

Though Martin wouldn’t say how many dairy cows he milks or how many customers are receiving raw milk through Echo Valley Ranch — which even delivers door-to-door — he vowed to carry on “until a judge tells me not to.”

Meanwhile, Farmers Forum has learned that another Wellington County producer, near Clifford, was raided on April 20, one week after the raid on Martin’s farm. Wellington County OPP said its officers did provide backup at an April 13 OMAFRA investigation at a farm property near Moorefield. “We were requested to standby. OPP were just there to keep the peace,” said Const. Kirk MacDonald by email.

OMAFRA spokesperson Christa Roettele said the ministry “cannot comment about or confirm the status of investigations.”

Martin said that the OMAFRA officials seized his computer and filing cabinet after their surprise appearance at the farm. “You feel like a child when they rifle through your personal effects,” he said.

He argued that small cow-share arrangements are a good way for a new generation of farmers to get into the industry in an environmentally friendly way and pose no threat to supply management. “We have a model that reduces our carbon footprint as farmers,” he said. “The only thing that stands in our way … is regulation that’s protecting the status quo. And I’m not saying we have to get rid of the status quo, but I’m saying they need to make room for us.”

His customers won’t switch to pasteurized, store-bought milk, he insisted, and have been calling him “in tears” to ask if their supply of raw milk will be interrupted after a decade of enjoyment, he said. If cut off, they’re more likely to buy almond or soy milk instead, he suggested, also noting that some of the cow-share participants pasteurize or boil the milk themselves because that’s the tradition in their countries of origin.

Others may cross the border (when it reopens) and buy raw milk in New York, where it’s legal, he said. The authorities “hit us with overwhelming force,” asserted Martin, “because they want us to give up and quit. Someone has to stand up.”

But former Lanark-area raw milk producer Mike Ilgert observed that Martin and the other producer will have a “tough row to hoe” in opposing the system. Ilgert said he dropped out in 2018 after agreeing to pay a $1,500 fine instead of the $25,000.