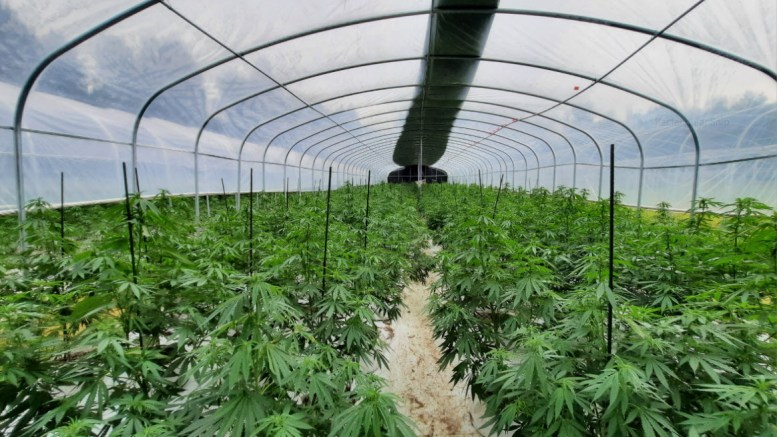 Photo of the Brinston operation supplied by OPP.

BRINSTON — Police seized thousands of cannabis plants during separate raids in rural and small-town Eastern Ontario last month, charging a number of mostly middle-aged people from the greater Toronto area and beyond in the process.

Over 1,900 cannabis plants with an estimated street value of $1.9 million were seized during a July 13 police raid at a Glen Stewart Rd. property in South Dundas.

Police arrested two individuals from southern Ontario as a result of the investigation.

The accused were released to appear Sept. 9 in Cornwall court.

On July 14 at a Dale Rd. property in Port Hope, the OPP Provincial Joint Forces Cannabis Team and other agencies seized approximately 3,850 marijuana plants worth an estimated $3.85 million. Also seized was over 800 lbs of processed pot, according to police.

Those individuals are due Aug. 25 in Cobourg court.

On July 21 in Kawartha Lakes, police raided a Portage Rd. residence in Kirkfield, seizing 6,152 cannabis plants in various stages of growth. The seizure was the equivalent of four full dump trucks and would have fetched $6.152 million on the street, according to police.

The total estimated street value of all cannabis items seized is approximately $7.9 million.

A skid steer, two fork lifts and Health Canada Licences were also seized as part of the investigation.

They’re due to appear Sept. 16 in Lindsay court.