PETERBOROUGH — Retired 25-year Canadian Armed Forces engineer Tom Marazzo was fired from his job as a computer science teacher at Georgian College for standing up to the vaccine mandate. He strongly argued that forcing people to take a vaccine, particularly an experimental one, was a breach of Canada’s Charter of Rights and Freedoms.

He later got a call from a friend asking for help to coordinate logistics for the Freedom Convoy that saw hundreds of trucks and vehicles descend on Parliament Hill. “I packed a bag and three hours later I was in Ottawa and ended up staying for 22 days,” he said. 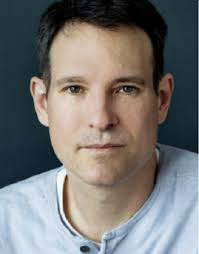 Tom Marazzo is representing the new Ontario party in the riding of Peterborough-Kawartha in the upcoming June 2 provincial election.

Marazzo, 49, was in charge of ensuring the convoy vehicles were parked in designated areas to comply with police directives. He said he was shocked when the prime minister invoked the Emergencies Act, designed to prevent overthrow of government, over a bunch of parking in- fractions. He was also shocked to discover that his bank account was frozen for one week and so was his credit card linked to a pharmacy that supplies his 15-year-old son’s heart medication.
Thankfully his wife had enough cash on hand when the pharmacy’s delivery service driver came to the front door.

“There was never a warrant for my arrest,” Marazzo said. “I was never charged and I have never been convicted. They went straight to punishment through a mechanism that was not supposed to be used for anything other than financing international or domestic terrorism.”

Marazzo said that it was government overreach at every level that prompted him to run as a member of provincial parliament in the riding of Peterborough-Kawartha on June 2. The incumbent is Progressive Conservative Dave Smith. Marazzo is running for the new Ontario party, which he says, puts people before the party. Headed by former Conservative MP Derek Sloan, the self-proclaimed pro-freedom, pro-family and pro-faith party is fiscally and socially conservative and hoping to ride the wave of discontent with Ford.

Marazzo says he is running to save Ontario from heading in a disastrous new direction.

“I think Doug Ford is unbelievably, grossly incompetent,” he said. “I think he has been a dictator to his own party. As far as I am concerned, there are not MPPs all over Ontario. There are just a bunch of administrative assistants who do what he tells them to do.”

He noted that Ford fired five of his MPPs over disagreements and then abdicated his responsibility over the pandemic. Emergency Management Ontario is supposed to get the stakeholders together and offer the premier recommendations, Marazzo said. Instead, Ford handed control of the province to the chief medical officer, an unelected bureaucrat with no training or experience in an emergency of this magnitude. “That’s gross incompetence.”

He added that the province’s already-in-place emergency plan would not have locked down and destroyed businesses and we knew early on that locking down wouldn’t lower COVID infections or death rates, he said. During the election campaign, Marazzo said he will focus on three Ford government plans that he disagrees with.

First, Marazzo is opposed to Bill 100, the Keeping Ontario Open for Business Act 2022. Unfortunately, it appears to prevent peaceful assembly on foot or by vehicle and punishment can be as high as $100,000 per day, jail time or both, Mazarro said. He added that the bill off ers protection to those who use it wrongly. “Who gets to say which protest is valid or legal? Is it okay if Black Lives Matter does it?”

He also opposes Bill 67, which he says politicizes race and labels white people as oppressors. “Bill 67 is an overt, direct attempt to indoctrinate children” in the classroom. Marazzo also opposes digital identification and supports now independent Western Ontario MP Rick McNicholls, who is pushing a petition to persuade the province to stop exploring the idea of introducing digital ID. After seeing the federal government weaponize the banks to go after protestors they don’t agree with, Marazzo said a future government will certainly weaponize digital IDs. “With a flick of a switch they can remove people from society that they don’t like.”

The Freedom Convoy supporters were never designated as a terror organization but Ottawa treated them that way and used its financing of domestic terror laws to freeze their financial assets anyway, he said.