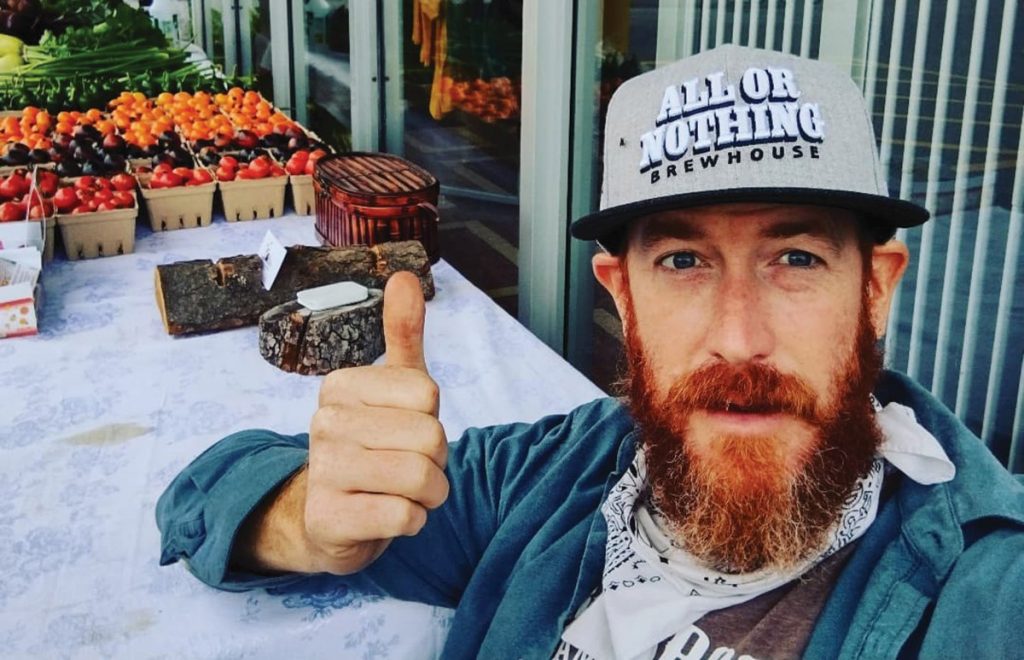 OTTAWA — Market garden farms should get “transition” funding to erect greenhouses and provide local food year round in an effort to combat global warming, the House of Commons agriculture committee was told last month.

The committee was also told that one acre is enough land for a viable market garden operation. Here’s an excerpt from the May 2 meeting:

MP Ted Falk (CON-Provencher, Manitoba): “You farm 10 acres. You say you supply the local market. What do you mean by ‘local’?”

Ryan Cullen (owner of City of Greens Farm, a predominately vegetable garden that also supplies honey and eggs and has small fruit and nut trees): “If you’re familiar with the Durham region—Oshawa, Whitby, Ajax, Pickering… We have a 10-acre farm with almost an acre of market garden and we’re able to feed 150 to 200 families a week. We sell our products at local farmers’ markets within the city. We have partnerships with local businesses that allow us to go direct to our consumer.”

Falk: “Do you have a way of sustaining these products through winter?”

Cullen: “We don’t right now because we haven’t put any greenhouses up, but it is in our plan to extend the growing season by having low-cost greenhouse systems that don’t require a lot of heat through the winter. We’re just working towards that right now.”

MP Ryan Turnbull (LIB-Whitby, Ont.): “In terms of small-scale, bio-intensive farming using—as you said—holistic and regenerative methods, I think you said in your opening remarks that a small-scale farm using those methods is highly viable. Am I correct in that?”

Cullen: “Yes, absolutely. To throw some numbers out there, on a one-acre market garden, we should be able to produce enough food for 50 to 100 people. Economically we can generate over $100,000 of annual vegetable crops with 40% to 60% margins, depending on the skill of the grower, costs of inputs and things like that. Yes, they are viable, and we make a good living and employ a small number of people just on our scale…”

Cullen (on successfully using a greenhouse): “We built a passive solar greenhouse using a standard, off-the-shelf, hard wall style greenhouse. We started growing in the dead of winter, and we were able to successfully maintain temperatures above 0°C by storing all the heat into the soil using heat pumps and geothermal under the soil as a heat source and sink. We were able to, weekly, grow salad greens in there throughout the winter.

“Going forward, this is really where, especially in Canada in our cold climate, we need to focus some of our innovation and technology. We grow crops year-round that we otherwise aren’t growing now. We can be less dependent on imports with very basic, simple technology and greenhouse systems that already exist. Applying other technologies like geothermal and HVAC systems from other industries and coupling them with greenhouses, we can grow year-round and have that viability.”

Turnbull: “If climate change can indeed be fought on the farm, which I think we’re hearing from Mr. Cullen is certainly the case, what are the biggest changes to policy, Mr. MacRae, that are needed in order for us to incentivize the right types of behaviour on the farm?”

Dr. Rod MacRae (associate professor, faculty of environmental and urban change, York University): “I think we need to have transition advisory services all across the country.

“Another thing that I think is going to be very important down the road and that has also been used very effectively in other jurisdictions is transition payments because, for a lot of growers, the transition period is the most financially risky.”

Turnbull: “Mr. MacRae, on your website you talk about the importance of soil organic matter and probably the need to replace some of the nitrogen-based fertilizers or gradually transition off those in a way that makes sense for the agricultural industry. Do you have any ideas about how we could embed that in policy?”

MacRae: “One of the problems right now is that, as I mentioned off the top, our program designs are not really based on systems adoption.

“For example, you have Mr. Cullen’s kind of system. We don’t really incentivize that kind of transition process, and there are many ways in which we can do it. There can be direct payments. We can use different kinds of tax-based incentives.”

MP Yves Perron (Bloc-Berthier—Maskinongé, Que): “If every innovation made on farms were rewarded with an amount of money that would be available to farmers as entrepreneurs, farmers could use that money to implement a future innovation. In this way, the aim would be to constantly improve environmental performance. Do you think this would be a good model?”

“The idea with transition payments is not to completely substitute for what the market can provide to farmers. It’s more to take away some of the riskiest elements of the transition process, and then once they’re through the transition, many farmers are in a much better position to take advantage of those market opportunities.”

Eric Toensmeier (director of the Perennial Agriculture Institute): “It seems to me that there aren’t any one-size-fits-all practices. I don’t think it would be appropriate to mandate that all farmers must implement a particular practice, because each piece of land is a bit different and each farmer’s needs and their market, and so on, are different as well. I suspect that in crafting policy it would be important to leave the flexibility for the farmer to play a key role in determining which practices are right for them and for their land. That’s what I think.”

Cullen: “What’s important, too, is some sort of green-tape cutting to make it easier for farmers like me to erect greenhouses in certain municipalities or use different types of innovations and infrastructure that might not otherwise be recognized, allow it to be more easily implemented without the costs of permits and regulations and things like that.”