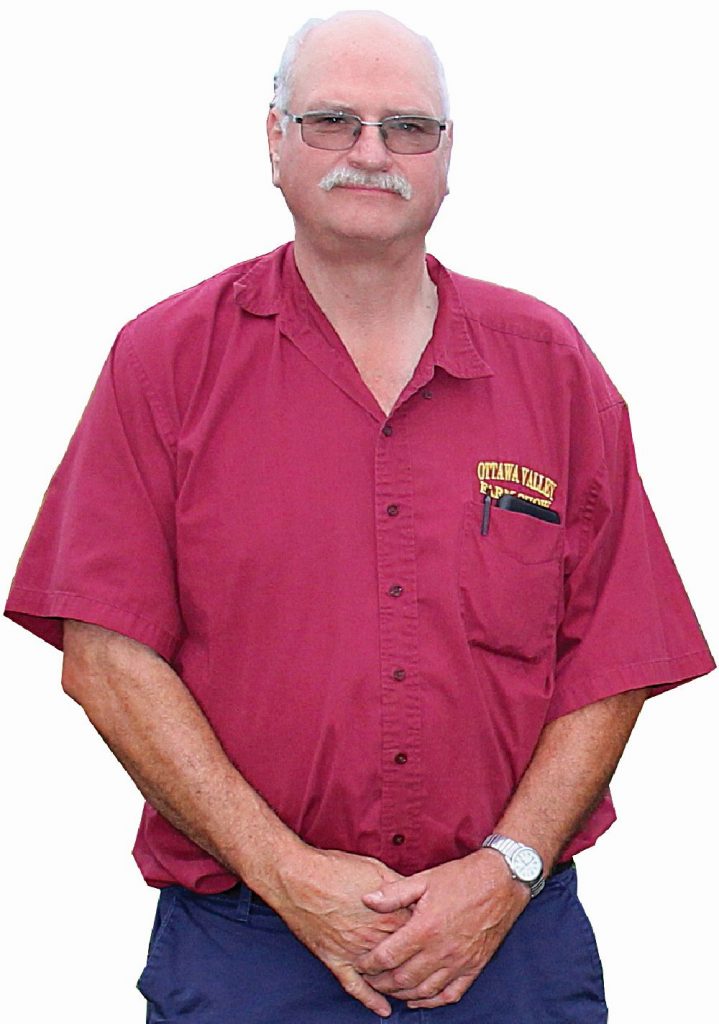 Jeff is no stranger to the agricultural community of Eastern Ontario and is widely known for his dedication to the community as a volunteer and supporter of many local organizations. Jeff is a past president of Stormont County’s Soil and Crop Improvement Association, Holstein Association, Plowmen’s Association and the Newington Fire Department Association where he has volunteered since 1994. He was also a 4-H member and volunteer, and was heavily involved with Junior Farmers representing Zone 1 as the Director to the JFAO provincial executive for years. Jeff is currently President of the Stormont Agricultural Society with its annual Stormont County Fair in Newington.

Jeff is a regular recipient of much friendly advice about the state of his favorite Toronto Maple Leafs. Affectionately known as “Pine,” Jeff has received hundreds of well-wishes in response to a Facebook announcement that he is the new OVSGA President.

Growing up in Newington, Jeff attended Tagwi High School before venturing off down the road to the MAP-40 motor vehicle apprenticeship program in Cornwall, where he became a licensed mechanic. Soon after, Jeff came back home full-time to the dairy farm.

Together with his wife, Jennifer, they operate Frogholm Holsteins and Jerseys near Newington. Married in 1994, Jennifer proudly brought the first of the Jersey cows to the previously black and white only dairy farm, amid good-natured chatter from friends and neighbours.

In 2002, the Stormont Soil and Crop Improvement Association awarded Jeff and Jennifer with the award of merit. They have also been the recipients of the honorary couple recognition award, recognizing a couple who have worked together as a team in their involvement with the Ontario Plowmen’s Association and/or the International Plowing Match.

Plowing matches have always been a special place for Jeff at all levels – local, provincial, national and international. Jeff became the Ontario Plowmen’s advisory council member representing Stormont in 1989 and continues to hold that position today. He was OPA president in 2005-2006, president for the 2005 International Plowing Match & Farm Machinery Show in Perth County and co-chair of the overwhelmingly successful 2015 International Plowing Match & Rural Expo hosted by SD&G Counties in Finch.

The Ottawa Valley Seed Growers Association, now in its 95th year, is very excited to have the opportunity to continue to work together with Jeff, whose many skills and strengths are an asset to our organization as we bring the Ottawa Valley Farm Show back to life after two years of cancelled shows.

Welcome to the gavel, Jeff. Our agricultural community will continue to thrive under your leadership!