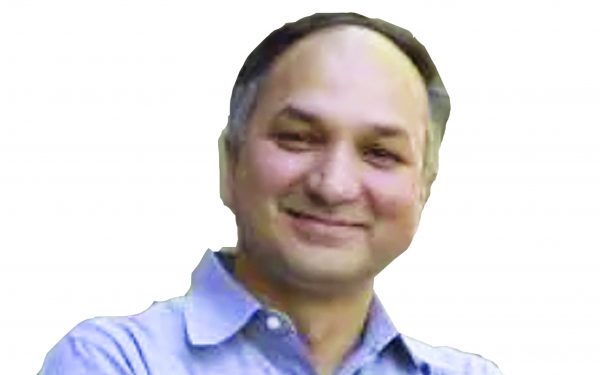 GUELPH — The federal government’s plan to reduce agricultural emissions by 30 per cent by 2030 would mean reducing the use of nitrogen-based fertilizers that are necessary for sustainable harvests, says a University of Guelph plant agriculture researcher, who calls the plan “reckless and not serious.”

Dr. Manish Raizada is a professor in the Department of Plant Agriculture at the Ontario Agricultural College, where he studies the development of low-cost technologies and natural biological resources to replace synthetic nitrogen fertilizers and pesticides for growing corn and other crops.

Raizada notes that nitrogen-based fertilizers release nitrous oxide when applied, a potent greenhouse gas contributing to climate change. Nitrous oxide emissions need to be cut as rapidly as possible, Raizada concurs, but farmers need a realistic timeframe along with major cash subsidies to cut emissions. Otherwise, farmers, along with the global food supply, will suffer.

What makes nitrogen so essential in agriculture is that it helps plants produce chlorophyll, explains Raizada. Without it, plants cannot harvest sunlight and so there would be a net loss in renewable energy production. What’s more is that nitrogen is needed to synthesize the enzyme that allows plants to convert carbon dioxide into organic matter, which in turn removes it from the atmosphere. It’s also needed to produce healthy plant proteins.

The amount of fertilizer applied to crops like corn, wheat, barley and canola has a direct effect on their yield. Legume crops like soybeans, lentils and chickpeas depend less on nitrogen because of their symbiotic relationship with bacteria that provide them with nitrogen.

“So, if nitrogen becomes limited, there will be a net negative effect on sustainability, because it means more land will be needed to produce the same amount of food,” adds Raizada.

That will impact farmers’ yields and profits and both international and global food supplies, since Canada is a major exporter of wheat and canola, the latter used for cooking oil.

“A decline in Canadian food production, or pushing farmers out of business, will push more of humanity – particularly urban populations – into chronic hunger because they rely on food imports and because food prices will rise,” Raizada says.

A 30-per-cent reduction in fertilizer usage without harming farmers and the global food supply would likely require a 10- to 15-year timeline to be realistic, says Raizada.

Even then, he adds, it would require historic investments to support farmers and researchers other than what has already been announced, such as:

“Farmers want to become greener but need income support to do it,” Raizada says.

He wishes the Canadian government had established a realistic plan seven years ago, which might have allowed them to achieve its greenhouse gas emission targets by 2030, he adds.