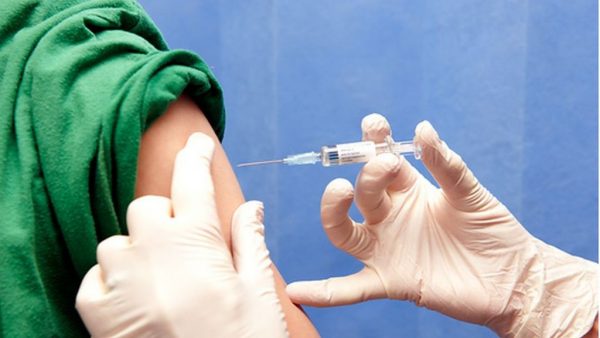 OTTAWA — As the world opens up post-pandemic, more evidence emerges about the COIVD-19 vaccines. While safe for most people, the vaccines come with risks that most people are willing to accept.
But not 13-year Ottawa paramedic Thomas O’Connor. In February, he was so concerned about vaccine side-effects that he quit the job that he loved.
In a May 15 public meeting and video posted online, O’Connor listed numerous side-effects from what he said appeared to be connected to the vaccines. He said he saw patients coming to hospital within several days of receiving the vaccine with rashes, neurological issues, severe pain during menstruation, bleeding and abdominal issues, headaches, and chest pains.
After the vaccine was introduced into the general public pretty much every patient for months and months would say, “Hey, I just received my vaccine X number days ago and this started happening: rashes, neurological issues,” O’Connor said. “I remember after their first menstruation cycle, they were having severe pain. Weird bleeding, abdominal issues, weird jerking sensations, lots of headaches.”
He said that when Canada began offering the vaccine to younger people, paramedics were increasingly called to assist young people. “It was immediate,” he said. “Chest pains. All of these issues started popping up.”
He was shocked because normally, he would treat for cardiac chest pain, but so many of the patients were “like 20 years old.”
He added that “inside hospitals they were very concerned.” O’Connor attributed his quitting to a “blatant disregard for basic human rights” in reference to the mandatory COVID-19 vaccine policies. A woman I know was shocked to learn that two friends had miscarriages after receiving the vaccine and others complained of a sudden erratic menstrual cycle.
While the vast majority of people who receive the COVID vaccine have not suffered side-effects, the government-pushed argument that the vaccine is safe is not even supported by their own evidence. The Johnson and Johnson vaccine was banned last summer in Canada for contamination reasons. The same vaccine was pulled from use in the United States after six women from ages 18 to 48 were hospitalized after suffering from a rare blood-clotting disorder. One of the women died but that was out of 7-million vaccines, The New York Times reported.
Last year, Health Canada banned the Moderna vaccine for use among those aged 12 to 29 after an alarming number of cases of myocarditis (temporary heart inflammation). Health Canada lists on its website the following possible vaccine side effects: chills, fatigue, joint pain, headache, mild fever, muscle aches.
Also last year, Health Canada banned the AstraZenca vaccine for those under age 55 due to possible fatal blood clotting that was reported in Europe.
Canada-wide, there have been 45,111 adverse events since the start of the vaccine rollout to the end of April, Health Canada reported. That is roughly a 0.108 % chance of an adverse affect based on getting at least one dose of the vaccine. In other words, there is one chance in 1,000 that a Canadian could have an adverse effect.
Health Canada also reports on its website that there have been 9,421 serious adverse effects from the vaccine and lists the serious adverse effects as death, risk of death, prolonged hospitalization, persistent or significant disability and birth defects.
That means three people in 10,000 who have had at least one vaccine dose will have a serious adverse effect. Those risks are high enough that in a non-pandemic, the vaccines would not have been approved.
For those who have a compromised immune system or live with someone who does, getting vaccinated was likely a good decision. In fact, for many adults, especially older adults, it seems like getting vaccinated was either a good decision, or at least, was not a bad one. But for healthy people, especially the young, the COVID-19 vaccine hardly seems necessary or worth taking the risk.
Yet, the federal Liberal government, along with the NDP, Bloc and Green Party, won’t let the mandates go. They voted together on May 30 to extend the two-jab vaccine mandate to leave the country or to work for the federal government.
In most countries, the vaccine is now your choice because most countries are following the science. In Canada, there is no clear plan but when you look for one, it is hard to escape the thought that our government just wants what it wants and has an appetite for cruelty.