BREAKING NEWS
14:16
Home News OPINION: World is on brink of a food shortage

OPINION: World is on brink of a food shortage 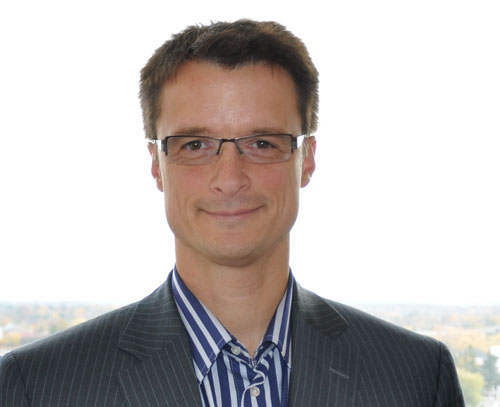 Food supply chain hangovers due the pandemic and the global impact of the invasion of Ukraine have enticed many to question the global nature of our food systems. Some are suggesting we need to deglobalize and refocus our energy into making most economies around the world food sovereign, including Canada. Given what the world is about to face this year, with major famine among millions experiencing acute hunger, it’s hard to argue against such a claim.

But global trade over the years, especially for Canada, has been nothing short of a godsend and brushing any of it to the side would be to our detriment.

First off, we should be clear on one fundamental reality. The world is still all about the United States and China. Everyone else adjusts along the way, including Canada. A total of 35% of China’s exports go to the United States. China is also America’s number one customer, trade wise. Canada in the grand scheme of things matters very little, at least right now. Still, the world is in deep trouble.

About 15% of all calories on earth come from wheat. Corn covers a lot of calorific ground as well. With Ukraine out, coupled with sanctions against Russia, our global wheat deficit this year will be a significant challenge given that 25% of grain exports come from that region. We are going to be short on wheat, corn, barley, and many other commodities. By the time we are done with 2022, it is likely that more than 100 million additional people on earth will experience either famine or acute hunger, something that the world has never seen before.

The entire planet operates under a 90-day production cycle of agricultural commodities. Canada’s contribution occurs obviously in the fall, along with the US and parts of Europe. With Biden’s recent ethanol mandate, almost 40% of the US’s corn crop is used for ethanol, not food. In Canada, it’s about 10%. The food-for-fuel obsession is back, despite the looming crisis.

Canada will be fine, food-access wise, but food will get more expensive. Poor nations will always lose access to their food supply first while richer nations like Canada will secure food supplies by paying more. Poor countries have no capacity to store calories at all. Germany, typically a big buyer of Ukrainian commodities, stated retail food prices could increase by as much as 50% this year. 50%! Commodity traders are already buying and even hoarding what they can get to secure supplies needed for the next several months. China is basically the only nation around the world that could bridge the calorie gap many nations will face.

Of some of the challenges we are currently facing, fertilizer access is certainly one. These critical inputs for farmers are on average about $1,500 US a ton, which is five times what it was 12 months ago. Farmers need fertilizers to produce crops, but the market is controlled by a handful of multinationals who supply-manages their products to artificially boost fertilizer prices. Some of them are in Canada. This needs to stop.

We are also paying for years of genetic engineering bashing in the media by groups who have used fear to put forward an organic-centric diet for affluent city dwellers. Additionally, groups have recklessly lobbied governments to ban the use of chemicals. The approval process of new traits for new crops can take years in many developed countries, including Canada. Agriculture is and will always be about technologies, and anti-GMO, overeducated foolish fanatics will have to accept that.

And now, many are talking about deglobalizing our food economy. Deglobalization occurs when the economic interdependence between nations declines. For Canada, this would be a problem. Deglobalization essentially means for Canadians a reduction in our standard of living. Almost 60% of our wealth comes from trades. But this doesn’t mean our approach to trades doesn’t need fixing; it certainly does.

High-functioning food systems are not immune to destructive forces like climate change, and a global pandemic. Tyrants like Putin can only make matters worse. A globalization 2.0 agenda will require not only getting nations to adhere to an acceptable humanitarian conduct to participate in a global economy, but nations also need to make sure farmers are not held hostage by the powerful companies controlling the fertilizer industry. That needs to change, and Canada can do something about it.

Canada will need to make our agriculture more efficient, more productive, by way of a solid-food autonomy strategy. The only province in Canada that has a food autonomy strategy is Quebec. Canada needs a pathway to produce more food in an open economy, offering us better access and affordable prices while growing our agriculture through trades in a sustainable matter. A comprehensive strategy would include both sustainable water practices and the use of renewable energy to support our production. If we do things right in Canada, in a few decades we could end up supplying water-scarce California with food, and not the other way around. Bold thinking requires an audacious strategy.

Dr. Sylvain Charlebois is a professor and senior director of the Agri-food Analytics Lab at Dalhousie University and co-host of The Food Professor podcast.