BREAKING NEWS
16:39
Home News Featured News OPINION: What is it about rural living? Moments of clarity for the exhausted

OPINION: What is it about rural living? Moments of clarity for the exhausted 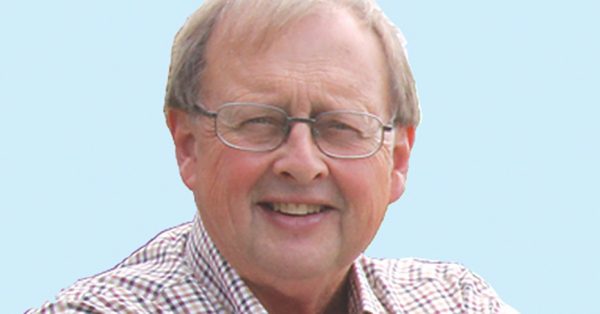 I have a friend who moved out of the city with his wife 30 years ago to pursue a career as an editor and a shepherd on a small farm near Peterborough. He was thoroughly urban and, I would assume, liberal in his view of the world but that view gradually changed as he lived and worked on his farm and got to know it well. He once summed up the effect of his experience by saying: “I think the difference between living in the city and the country is that moments of clarity are easier to come by here.”

Well, isn’t that the truth? In these fields we find that the simple rhythms of the seasons are combined with an infinite variety of shocks and surprises that make every trip to the barn an adventure. There is no buffer between us and the rough treatment handed out by weather, bugs, natural calamity and our own modest skills. There is no condo board to deal with frozen pipes or a blocked septic tank. Either we learn new skills and adjust our expectations, or we give up and go back where life has fewer moving parts to be repaired or replaced. We learn to look at our major problems differently, often comparing them to some small disaster with a machine or an animal. And we hear ourselves repeating ancient things that the previous owner or his great-grandfather might have said: “If you’re going to have livestock you will have deadstock. As long as it stays in the barn we’ll be fine.”

Last month’s election produced a spate of columns fretting about how the urban rural divide is now deeper than ever. In this province, the Liberals hold only two ridings that could be described as rural and the urban centres are a sea of red. The pundits warn darkly that we are on a path to the American stand-off between the silos of the right and the echo chambers of the left and will shortly see our own version of Trump come to power.

I think it is interesting that urban writers use a farm image to describe the national malaise. Most of them would have no idea what a silo is for. To them it’s just a concrete tower with no entrance and it echoes when empty.

The truth about the national state of things is probably a lot more complicated. The idea that my driveshed coffee club is an echo chamber is laughable. We shout over each other with more enthusiasm than a high school debating club. In fact, we were shut down for a year by the authorities (our wives) when they got tired of seeing us come home in a bad temper. They eventually allowed us to re-open on a temporary permit in the middle of the pandemic but we were warned to be more cautious with each other.

Is your club like mine? A large-scale national study of Americans carried out by the More In Common group in 2018 coined the term ‘exhausted majority’ to describe the 77% of Americans who believe their differences are not so great that they can’t come together. That sounds like us. Any definition that includes the word ‘exhausted’ is already coming closer to describing how I feel about the world.

But our voting system has no way of accounting for that common ground. Our winner-takes-all approach sends a candidate to Ottawa even when more than half of the voting went against him. We allow regions to vote instead of people and the next morning we wake up to an electoral map that suggests there are no Conservatives in Toronto and no Liberals in farm country.

This has happened for so many years that we manage to forget other important details about our national story. Like the fact that the socialist movement got its start here in farm country and dreamed up the idea of old age pensions, unemployment insurance, co-ops and universal health care. We also sent the first woman to Parliament. Most people prefer their history neat but it doesn’t usually come that way.

We read everywhere that rural Canada is now a small minority of the country and therefore easier to ignore. But that all depends how you define rural. A recent StatsCan study showed six different definitions of rural and small town Canada that produced a number anywhere up 38 per cent of the population, not quite a majority, but a higher number than any political party managed to bring in last month.

So here we are at the end of a crop year, exhausted but hopeful. I trust there are no echoes in your silo and that it is full of 16-dollar beans.

Dan Needles is the author of the Wingfield Farm stage plays. He lives on a small farm near Collingwood, Ont. His website is www.danneedles.ca