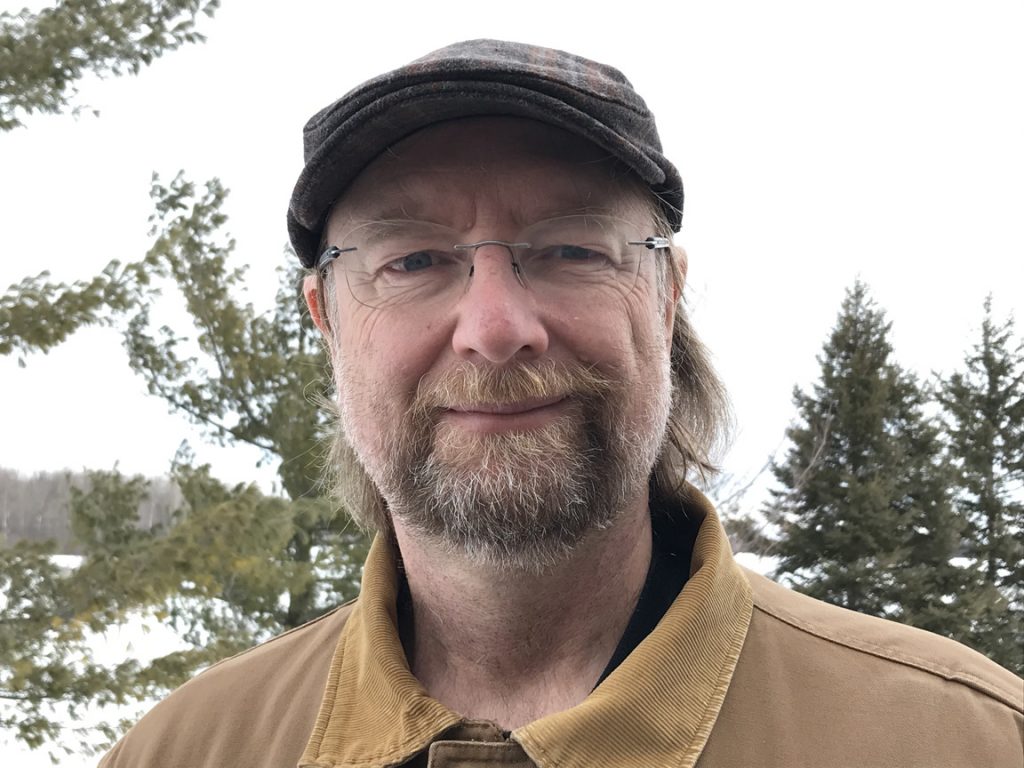 My fourth column would seem to be the ideal time to focus on a topic that was inspired by its namesake. I believe this because we’ve now been through so much together, dear Farmers Forum reader, haven’t we? I feel we’ve developed a bond in a way that allows me to borrow your lawn tractor and casually return it with an empty gas tank and a sticky steering wheel. (It took some doin,’ but I finally figured out how to cut my grass while eating a feed sac-sized bag of Doritos.)

Yes, the road I live on is, in fact, less gravelled. I wish it were more gravelled. Actually, I wish it were only gravelled. Because, honestly, I’m not really sure what our road is, officially, though there are hints that it was once paved. But judging by its current condition, I wouldn’t hazard a guess as to when that first paving took place. I think my local government started keeping such records in the mid 1700s, so it may have been around that time. I’m loath to say our rural road is still paved. It is, at best, some kind of hybrid of broken asphalt and cold patch and frost heaves and potholes and misery and despair and expletives. It’s the kind of, ahem, “road” that a 1950s sci-fi movie producer would have salivated over while scouting locations for that requisite moon landing scene. I wasn’t alive in the 1950s, so I can’t be entirely certain that never happened.

1950s Movie Producer: Can I get a close-up of that pothole? With the right lens and enough aluminum foil, we can make it look like that giant pit where the miniature of that six-headed lizard monster will battle the miniature of Commander Steve Strong for control of the universe.
Camera operator: That hole’s kinda deep and I’m afraid if I get too close, my camera will fall in and we’ll need the crane to remove it.
1950s Movie Producer: Okay, then. It’s a shame cold patch hasn’t been invented yet.

I’m not sure when cold patch was, in fact, invented. Maybe it was before 1950s. Or maybe it was in more recent decades when population growth lead to more post-secondary students who needed summer employment and municipal governments had an abundance of orange vests, helmets and shovels. I do know that cold patch works only slightly longer than that lighter in your barbecue.

Pock-marked roads are not exclusive to my home area in Central Ontario, of course. Pretty much anyone who lives in farm country can relate to being forced to drive a road in that slow, zig-zag, stop-and-go pattern that would have Donkey Kong proclaim, “Wow! Impressive! Now, just get past that striped pylon and collect 300 points. Or 600 if you somehow manage to jump over that square bale in the middle of the road.”

I especially sympathize with my Mennonite neighbours — some of the best neighbours I’ve ever had, by the way —whose horses are forced to negotiate these crevices, whilst being tail-gated — yes, tail-gated. Appropriate, right? — by the dunderhead in the compact car with the spoiler, shiny rims and colour mismatched doors, who’s bent on passing, no matter what, so that he can get to whatever it is such people are in a rush to get to. (Just a hunch, but I’m gonna say it isn’t ‘Book Club’).

I recognize in the grand scope of rural-living challenges, a road full of potholes doesn’t, and shouldn’t, loom as large as other issues that need to be addressed. Like access to health and long-term care, drainage and urban sprawl. And how to divert those dunderheads off roads that aren’t their personal racing strips and a place to dispose of their litter – which, because they can’t seem to drive slower than the speed of light on a pot-hole filled road, often includes their car’s muffler and/or transmission.