OPINION: Slow and steady is the way to market wheat 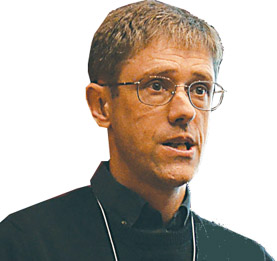 In 2021, Ontario harvested about 1.1 million acres of wheat at an average yield of 94 bushels per acre for a total crop of slightly over 2.8 million metric tonnes.  In 2022 with fewer seeded acres, Ontario will likely have harvested 600,000 acres of wheat, and if our yields stay around the trendline of 95 bushels per acres, our total provincial production will be 1.55 million metric tonnes.  In really simple terms, since this year’s wheat crop is only about 55% of last year’s wheat crop, the way in which this crop moves to market is going to be significantly different than last year.

Ontario’s domestic flour milling demand for soft red wheat is about 550,000 metric tonnes.  The size of the flour demand doesn’t deviate very much from year to year, so as a result, in 2021, we needed less than 20% of last year’s wheat crop to cover off the domestic milling demand, and it will take more than 35% of the 2022 crop to service the same flour mills.  When we add on a few extra flour mills in Michigan, Ohio, New York, and Quebec who frequently use Ontario wheat and it appears that the majority of this year’s wheat crop is going to be used by flour millers, and since flour mills grind 12 months of the year, prices are going to try to work themselves out at level which encourage sellers to move wheat out in a steady and consistent pattern.

One thing which we really haven’t seen with the 2022 Ontario wheat crop is a big push towards export vessels heading out the St Lawrence towards international markets.  It seems counter intuitive that in a situation where Black Sea wheat exports are tangled up in the war between Russia and Ukraine that the world isn’t beating a path into the Great Lakes to replace that wheat with eastern North American supplies, but at least for the time being, that is the case.  Part of the reason is that we produce a different type of wheat product than many of the export markets like to buy.  In the same way that the people who buy Freightliners are purchasing something different than the people who buy F-150’s even though we’d call both of the vehicles “trucks,” the markets that buy Ukrainian 12% protein hard wheat are purchasing something different than the markets that buy Ontario’s 9% protein soft wheat, and we’d still call both products “wheat.”  We will no doubt see limited opportunities develop for some new export business around the edges of the wheat product classes as price and availability force substitutions, but those take time to develop and with domestic flour milling holding such a big portion of the total Ontario’s wheat demand, it’s hard for our values to get cheap enough to be really attractive in export markets.

Another important difference between the 2021 and 2022 Ontario wheat markets is that we are going to feed a much smaller portion of this year’s wheat production.  To be fair, falling number problems created a situation with 2021’s wheat where feed was the most appropriate end use for a significant portion of last year’s crop, but with a smaller wheat supply, a bigger corn supply and much higher quality wheat this summer and fall, don’t expect to see feed mills devour very much of this year’s wheat.  To be clear, particular feed formulations require a certain amount of wheat almost regardless of price, but corn is 3920 kcals (1000 calories), per kg and wheat is 3915 kcals per kg, so wheat values can’t stray too far from the price of corn and still enjoy high inclusion levels in most feed rations.  Now I’ll be the first to admit that I do feed formulation with the same degree of sophistication as a child with a big red No. 2 pencil does math.  (Just get the simplest things right and leave everything else to those with better training). But if you look at it from a commodity pricing perspective, we saw roughly 1 million tonnes of last year’s wheat crop, including almost everything grown east of Hwy 400 get used for feed.  Right from harvest of 2021 until Russia invaded Ukraine, corn and wheat prices moved in lock step with one another, and feed usage of wheat stayed strong.  After the war made wheat prices stretch higher above corn values, feed demand for wheat slowed.  Every year at some point in August or September soft red wheat and corn prices (per tonne), reach the same level in order to create demand to use up excess wheat stocks, but in 2022, if that pricing point ever occurs, it seems extremely unlikely that it will last for very long.

The wheat market is giving us a very clear signal to hold wheat back in the country storage and bring it to market slowly.  The clearest indicator of this is the futures carry, or spread between the different futures contracts as we move forward in the marketing year.  In the midst of the 2022 winter wheat harvest last month, the carry between September ’22 and May ’23 wheat futures was frequently in the $0.40 to $0.45 per bushel.  The common school of thought on futures carry is that it expresses how much the market will pay those who will store wheat, but in terms of developing a marketing plan for a farm, I prefer to think of the low prices in the nearby futures month as the price discount for those who insist on moving their crop quickly.