OPINION: Net-zero on the road to ugly 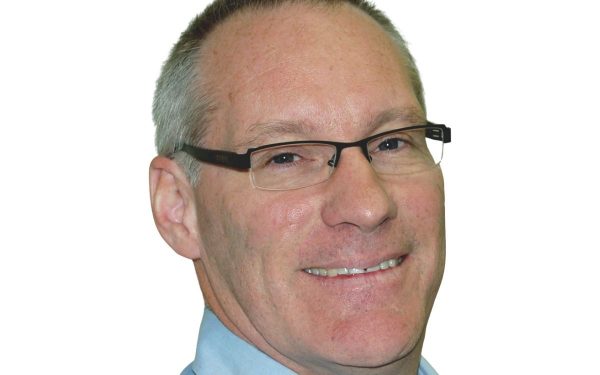 The Dairy Farmers of Canada (DFC) has embraced net-zero by 2050 and have persuaded hard-working dairy farmers to embrace the same goal. And who wouldn’t? Tell me you have a plan to save the planet and “I’m in.”

I’m “all in” if the alternative is global warming to such a degree that we will soon be living in desert-like conditions. And we had better hurry. Act now or through our neglect we will be responsible for cranking up the global heat like a pot of water until it’s too late for the frog to jump. So sign me up.

It should be noted that if you throw together two tantalizing and emotive ideas — an obviously agreeable goal (save the planet) with some whipped-up fear (save the planet or we die) — you’ve got yourself a following. This works especially well in a post-God world because it is easy to fill a vacuum. Man, the great world philosophers tell us, is religious. We must serve someone or something. The new religious zealots are simply doing us a favour by satisfying man’s search for meaning and telling us to repent of our ways for “the end is near.” And rather than wave placards, they bombard our email inboxes and blanket our search engine results.

However, our green zeal might be getting ahead of our reason. The Dairy Farmers of Canada might know a good slogan when it sees one but what does net-zero really mean? Sure, it means that you don’t send more greenhouse gas (such as carbon dioxide, nitrous oxide and methane) into the environment than what you take from the environment. But how painful will it be to get there and is it really necessary?  Unfortunately, the DFC can’t articulate that very well. That’s not the fault of the hard-working dairy farmers who proclaimed “I’m in” on net-zero in online video ads. They would expect their own organization has done the cost-benefit analysis. But the DFC can’t do the cost-benefit analysis because the rules of the game dictated in Ottawa have yet to be established. The future laws have yet to be written by city bureaucrats. So the “I’m in” for net-zero infers an astounding confidence in the federal government’s good faith and competence, when both have been spectacularly lacking. Let’s also recall that the federal government changed the name of a government department to Ministry of Environment and Climate Change and put an extreme environmentalist in charge.

We know that the federal government wants to slash fertilizer use by 30 per cent by 2030. At the current cost of fertilizer, I have yet to meet a farmer who puts more fertilizer on his land than what he thinks is absolutely necessary and, amidst this current government obsession with climate change, I have also yet to meet a recent environmental law that plays in the farmer’s favour. Farmers are still waiting for the promised carbon credits after we  all got slapped with a carbon tax.

Let’s look at how this is all now working out for Canada’s dairy farmer friends in the Netherlands. About 40,000 farmers are demonstrating in the streets. They have clogged major highways with tractors after the Dutch government announced plans to cut nitrous oxide emissions by 50 per cent by 2030 and by 95 per cent by 2050. Dutch farmers say this could mean some farms would close down or drastically curtail production. Nitrous oxide (considered by our federal government to be up to 300 times worse than carbon dioxide) is produced by nitrogen-based fertilizers and is also considered to be a major contributor to greenhouse gas that is trapped in the environment and, the argument goes, the cause of global warming.

This all goes back to saving the planet, except now farmers are no longer viewed as food providers, but as polluters and are being sacrificed on the altar of all things green. They don’t like it and I don’t blame them. They also don’t like it when they see that the government’s science is pretty shaky. Climate models predicting future temperatures have always been wildly wrong. No one has figured out how much man-made greenhouse gas contributes to global temperature. And when it comes to greenhouse gas, the Netherlands and Canada are not big offenders.  The Netherlands produces much less greenhouse gas than Canada, which produces very little globally at about 6 % of what is produced by China, the world’s biggest emitters of greenhouse gas. Why are no fingers pointing east? It’s convenient for China that no one suggests that it should cap emissions. Meantime, China continues to increase its greenhouse gas emissions while encouraging Western countries to choke their economies by  capping emissions. If greenhouse gas were really the world’s biggest problem, world leaders would be all over China.

The so-called Great Reset of our economy that now includes “net-zero” to stop climate change (euphemism for global warming) seems more and more like a bunch of fanatically religious screwball ideas. Meantime, if Canadians don’t stand up and pressure the government to modify the plan, they will have to brace themselves for the impact of  more regulations and taxes that could migrate from bad to ugly.