BREAKING NEWS
06:56
Home News Featured News OPINION: Climate change is real but exaggerated and the only real solution is innovation

OPINION: Climate change is real but exaggerated and the only real solution is innovation 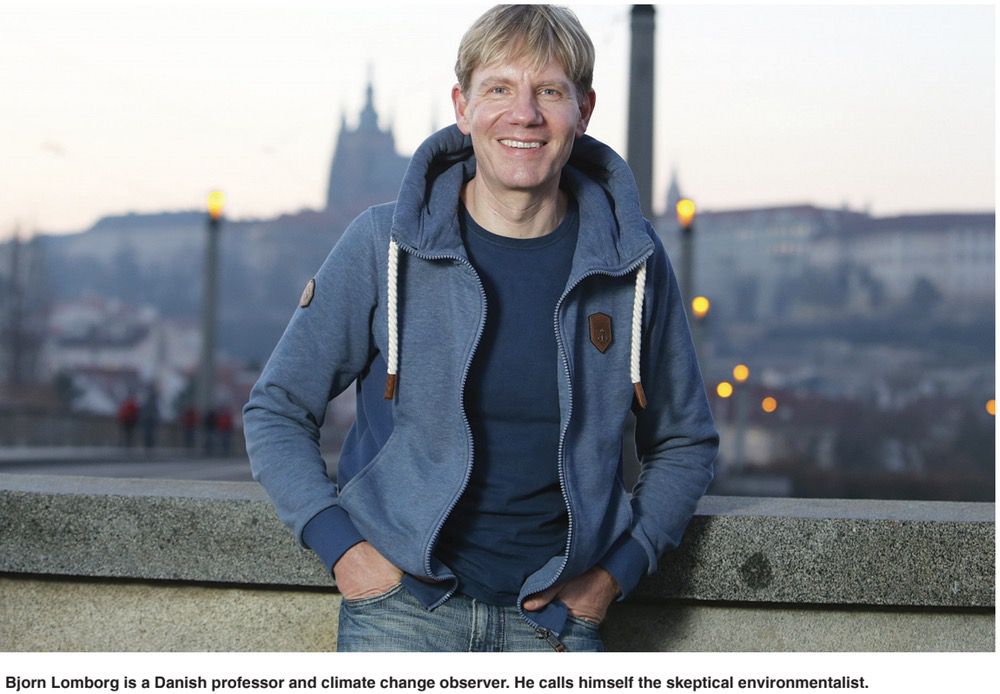 Across the world, politicians are now promising climate policies costing tens of trillions of dollars — money we don’t have and resources that are desperately needed elsewhere.

Yet, climate campaigners tell us, if we don’t spend everything on climate now, nothing else matters, because climate change threatens our very civilization. As President Biden says: climate change is “an existential threat.”

Yes, climate change is a real problem. However, it is typically vastly exaggerated, and the resulting alarmism is exploited to justify the wasteful spending of trillions.

Pointing this out will get you cancelled. I should know, because I have personally been on the receiving end of this climate alarmism enforcement for years. I was recently scheduled to give a public lecture at Duke University when a group of climate-politicized professors — some who write for the UN Climate Panel — publicly asked Duke to cancel my appearance.

One of my presentation points was highlighting the latest full U.N. Climate Panel report that estimates the total cost of climate change. They found that unmitigated climate change in half a century will reduce general welfare equivalent to lowering each person’s income by be- tween 0.2 and 2%.

Given that the U.N. expects each person on the planet to be much better off — 363% as wealthy as today — climate might cause us to only be 356% as rich by then. That is a problem, but certainly not the end of the world.

Why don’t most people know this? Because stories of catastrophe and human guilt garner more clicks and are better for weaponizing political arguments. Unfortunately, we’re unlikely to make good decisions if we’re panicked.

The political forces looking to spend the climate trillions and the academia segment supplying the fear want to scrub the climate debate of anything but the scariest scenarios. They want an unwavering allegiance to vigorous spending on climate policy, no matter its effectiveness. They insist on treating this issue as a moral binary choice instead of a realistic balancing of costs and effectiveness that would allow for our many other challenges to be heard as well.

The Duke professors tried to stop the lecture through outright lies, such as claiming that my funding comes from Exxon and the Koch brothers. These claims are categorically untrue. Thankfully, Duke University didn’t cave to their craven arguments, but the attempts to suppress free speech, facts and knowledge continue.

The easiest way to get societies to authorize the spending of tens of trillions we don’t have is to scare us. The academic and activist faction that sets the threatening tone in the climate conversation want dissent eliminated, leaving themselves the only ones authorized to tell you how scared you should be. To avoid wasting trillions, we should not let them.

The last 30 years of climate policy have delivered high costs and rising emissions. The only reliable ways of cutting emissions have been recessions and the COVID-19 lockdowns, both of which are unpalatable. Expecting countries to stop using cheap energy won’t succeed. We need innovation.

Take the terrible air pollution in Los Angeles in the 1950s. It wasn’t fixed by naïvely asking people to stop driving cars. Instead, it was fixed through innovation — the catalytic converter allowed people to drive further yet pollute less. We need to invest in research and development to make green energy much cheaper — from better solar, wind and batteries, to cheaper fission, fusion and carbon capture.

Spending trillions of dollars on enormous and premature emission reductions is an unsustainable and ineffective Western world approach. Instead, we should spend tens of billions of dollars to innovate the price of green energy below fossil fuels. That is much more effective, realistic and will make everyone switch.

Bjorn Lomborg is president of the Copenhagen Consensus, visiting fellow at the Hoover Institution, Stanford University, and visiting professor at Copenhagen Business School. His latest book is “False Alarm: How Climate Change Panic Costs Us Trillions, Hurts the Poor, and Fails to Fix the Planet.”