OOPS! Did the province pull the trigger too early on banning neonicotinoid-treated seeds? 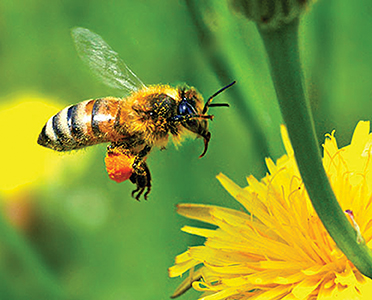 ONTARIO — The percentage of Ontario honeybee colonies dying over the winter declined for a third straight year, as hive mortality fell to its lowest level in a decade.

But does the recent decline of the past few years have anything to do with the former Wynne Liberal Ontario government’s imposition of provincial regulations curtailing the use of neonicotinoid-treated corn and soybean seeds? The best year with the lowest amount of winterkill was prior to the far-reaching ban on the insecticide-treated seed. The province announced in 2014 that it wanted to reduce neonic use by 80 per cent by 2017. Shortly after, Conservative federal agriculture Minister Gerry Ritz said that the province’s arguments were not science-based.

Paul Kozak, provincial apiarist at Ontario’s Ministry of Agriculture, Food and Rural Affairs, told Farmers Forum in an email that additional regulations “may or may not have” influenced the bees’ winter mortality rates. “Honey bee health is complex,’ he explained, adding his reference to “complex” was “not meant as a dodge as it is true.”

The health of the non-native species of livestock insect “is influenced by pests, diseases, management, environmental factors and pesticides,” he said.
Canadian Association of Professional Apiculturists president Dr. Shelley Hoover said that winter bee losses in Canada are “typically associated with diseases or parasites, as well as overwintering mortality, especially dwindling in the spring. The overwintering mortality varies among regions and years, and beekeepers work hard to manage their colonies effectively to reduce mortality.”

And at least in Canada, such losses have never been connected to “colony collapse disorder” (CCD) — despite influential headlines from south of the border.

“CCD was described in the USA in 2006, when beekeepers reported unusually high mortality,” explained Hoover, in the University of Lethbridge’s Department of Biology. “This was associated with a very small to no worker population, no dead workers present, but the presence of a live queen, and often brood was still present. To date, these symptoms have not been observed or diagnosed by professional apiculturists or provincial inspection staff in Canada.”