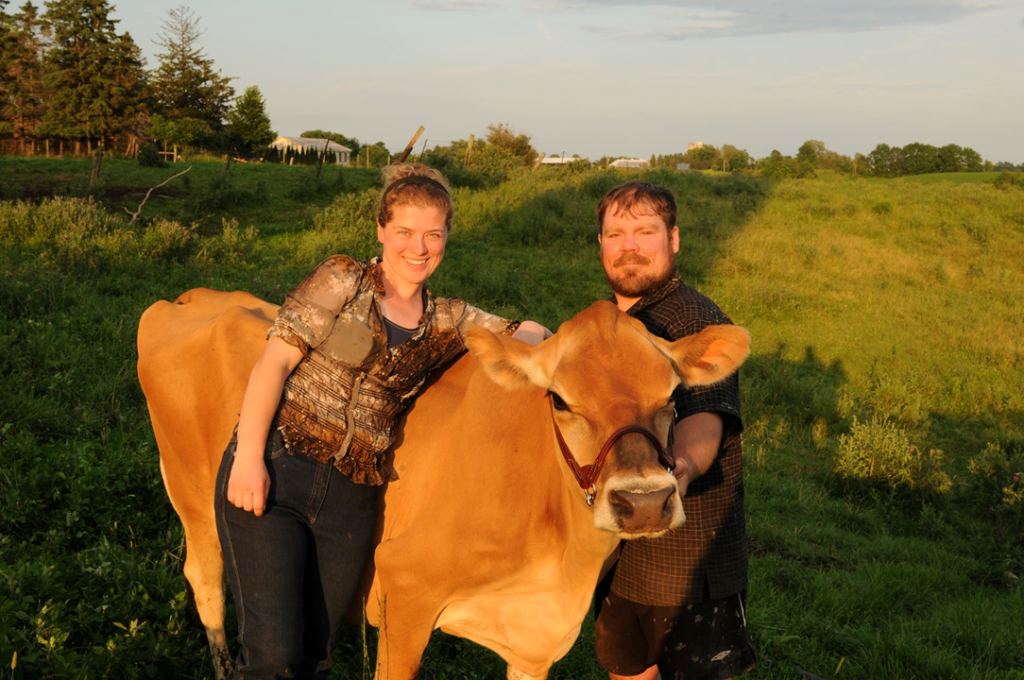 Jenny Butcher and Wes Kuntz at their farm.

They lived in a trailer until they saved enough to buy their farm, on-farm milk processor

BRANTFORD — Not many farms start from scratch and have a successful dairy operation within a decade, pasteurizing and processing all milk on-site. Little Brown Cow Dairy Farm & Store made it happen, which is one of the reasons why owners Jenny Butcher and Wes Kuntz have been named Ontario’s 2021 Outstanding Young Farmers.

Both Butcher and Kuntz grew up on dairy farms and fell in love with the industry, knowing that one day they’d grow up to become dairy farmers themselves.

“You really can’t dairy farm without passion,” Butcher said. “There’s lots of other things that you can do in this world that are a whole lot easier and more lucrative but dairy farming doesn’t work without that passion.”

In 2008, the couple started working towards their dream, starting small. They rented a little barn at Paris, in Brant County, and lived in a house trailer. They started milking 20 Jersey cows. 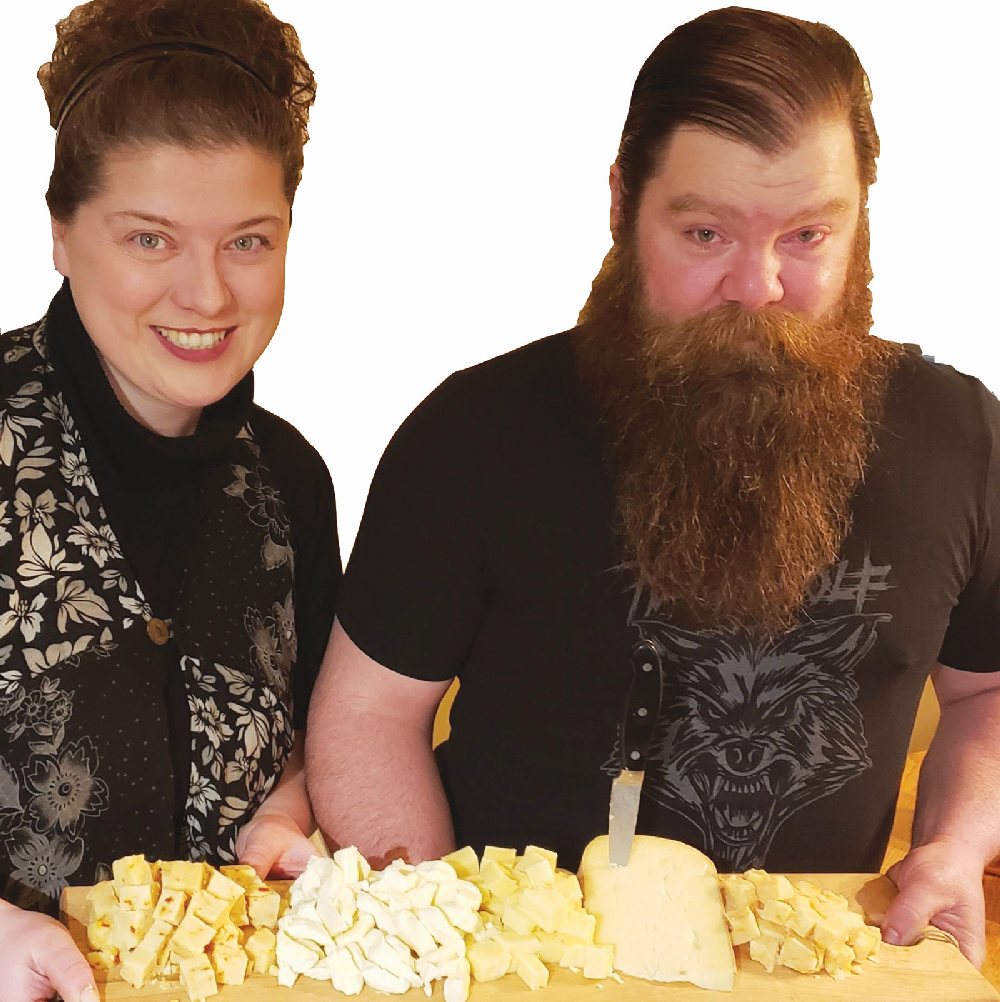 The beginning was tough, noted Butcher, as the two worked full-time jobs in Guelph while saving up to buy their own farm. Butcher was a manager at an organic agricultural cooperative and Kuntz worked in dairy management software sales and support. They’d milk their small herd before and after their jobs, putting in 14-hour days and each averaging 100 hours of work per week.

“We really sacrificed to get where we are now, but it was a meaningful enough goal for us. It meant making do with older vehicles, working more than one job, not buying the most expensive genetics, and not owning land from the get go,”she explained.

Starting from scratch was a challenge. “You can’t underestimate what it means to have all the small wares that are built up over many years,” she said. “You have to purchase all those little things, from a tagging gun to clippers to pitchforks and shovels to veterinary supplies. You have nothing to start with.”

The farm store is located on the busy Cockshutt Road, south of Brantford.

After three years of hard work, the couple was finally able to purchase their own farm, but the hard work didn’t end there. Their new farm, on a main highway south of Brantford, was a 40-acre lot with an old barn and an out-of-use abattoir. They moved in and got to work.

Right away, they acquired a licence to process milk. Kuntz used his construction skills to renovate the unconventional freestall barn into a dairy barn and build a parlour. He renovated the abattoir and turned it into a cheese plant.

“One of the things you have to sacrifice is the idea that you’re going to farm exactly like the generations before you did. In order to get started from nothing, you have to forgo that idea.”

In just over a decade, Butcher and Kuntz multiplied their herd to 200 cattle. They are milking 65. The rest are males for beef production. All the milk is pasteurized and processed on-site, then sold as either milk or cheese in the farm store.

“What we love about dairy farming is that the cows can live on your farm for so long. Every positive thing you do for them is a profitable venture,” Butcher said. “That makes it such a joy to dairy farm because it really does make economic sense to do the very best job you can.”

They purchased an inoperative auto body shop south of Brantford in 2017, which Kuntz cleverly transformed into their now-bustling storefront along a busy road. Bright red with big lime green letters spelling their business name “Little Brown Cow” is hard to miss. It’s where they sell all of their produce.

Butcher said they hope to make their farm more visitor-friendly so people can see the milk process firsthand. Butchers says that transparency in food production and farming practices is very important.

“We take our position of providing food for the community really seriously,” she said.
Butcher and Kuntz will move on to the national competition of the Outstanding Young Farmers Program, held virtually from Dec.1-3. Out of seven regional winners from across Canada, two national winners will be chosen.

The Outstanding Young Farmers Program, started in 1980, annually recognizes farmers aged 18-39 who exemplify excellence in their profession. Eligible nominees must derive a minimum of two-thirds of their income from their farm operations.