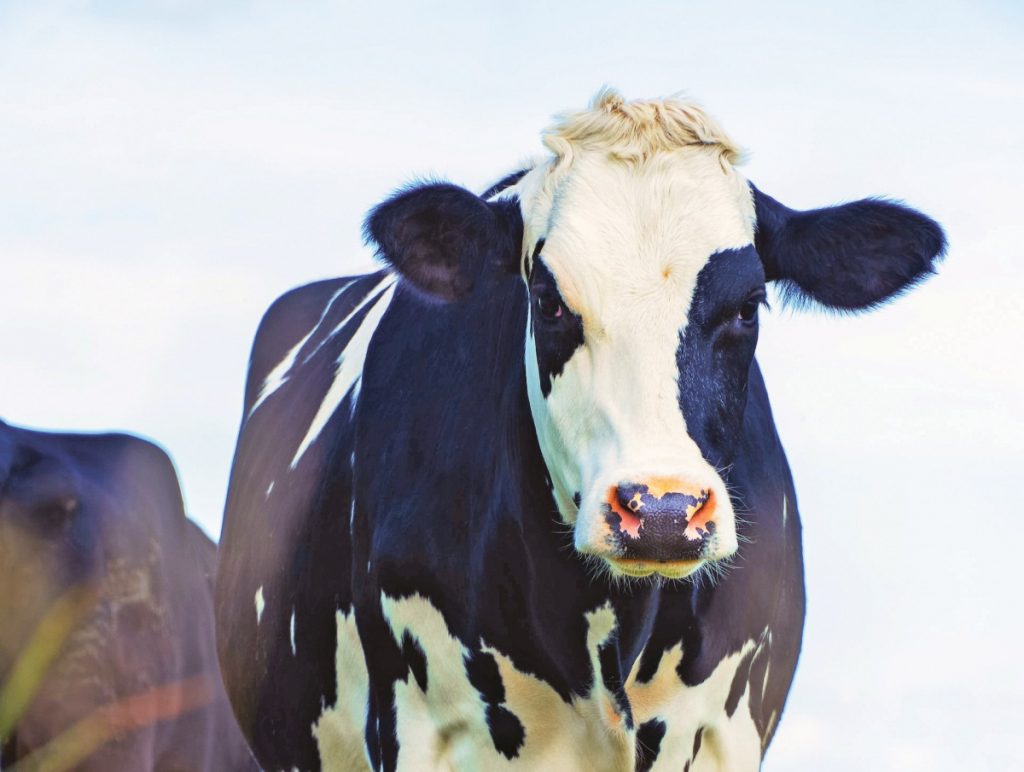 Cow flatulence could be taxed in New Zealand.

NEW ZEALAND — New Zealand is seriously proposing to tax cow farts and burps, but Ontario dairy farmers are not watching with glee.

“I think all dairy farmers have enough stress on their plate to deal with — with all the red tape —  and I’m sure they’re no different with their environmental (regulatory) concerns as we are.”

Jones raised unanswered questions that immediately come to mind on the idea of taxing the belches and flatulence of ruminant animals. “How do they think they’re going to tax that? Your cattle inventory times whatever? …  It sounds like it would be more paperwork. How is this going to play out for each individual farmer?”

The tax “is not going to help the competitiveness” of New Zealand’s export-oriented dairy industry, observed Cornwall-area dairy farmer Angela Dorie, adding, “but you know how things spread around the world? Are our (Ontario) cows going to be wearing methane monitors, too, to count their farts?”

Dorie also said she felt sorry for New Zealand’s dairy producers, in the wake of that country’s recently revealed objective. “If it wasn’t happening, it would be laughable,” she said. “When I think of the waste of fuel in the world, and then they’re going to start counting cow farts or burps, it’s just ridiculous.”

While a bovine fart-stifling levy has yet to migrate across the Pacific, individual dairy farmers here are concerned at the direction of Canadian environmental policy. Their own producer organizations, however, are solidly on board with the Trudeau government’s overarching goal of net-zero greenhouse gas emissions by 2050. “We’re in,” the Dairy Farmers of Canada proclaim in a 2022 online video series.

That existing net-zero target is “enough of a concern for us here in Ontario,” Kitchener dairy farmer Val Jones said. Ontario producers, she said, are incorporating measures like double-cropping and crop rotation “and all of those sorts of things” as quickly as they can.

Although the New Zealand initiative is still described as a “proposal,” that country’s left-wing prime minister, Jacinda Ardern, has put her full weight behind it. Ardern herself made the announcement during a staged farm visit on Oct. 10. “The proposal, as it stands, means New Zealand’s farmers are set to be the first in the world to reduce agricultural emissions,” she declared.

All money collected on cow farts and burps will go back into emission-cutting research and technology as well as farmer incentives, according to Ardern. Exactly how much farmers will pay, starting in 2025, has yet to be determined. Government consultations are underway.

New Zealand is home to 5-million people and to 6.3-million cows. Off-gassing from cattle directly and from their urine reportedly accounts for half of the country’s greenhouse gas emissions.

New Zealanders are big players in the international dairy trade, and their prime minister suggested they will carve out new markets as a leading climate-friendly brand.

The island nation has a history of coveting the Canadian domestic dairy market. In the latest instance, New Zealand earlier this year launched a trade challenge — still unresolved — against Canada’s method of allowing in limited tariff-free dairy imports.

Newington dairy farmer Jeff Waldroff said it gave him no pleasure to see his Kiwi counterparts so burdened on the environmental front. “Everything is run to the best of our abilities (as farmers),” he said. “The whole greenhouse gas stuff, I just shake my head at it. Maybe we have a problem, maybe we don’t have a problem.”

Problem or not, the Dairy Farmers of Canada are looking at their cattle’s backsides as a source of green energy — not to be stifled but to be sold into the natural gas grid. At its 2022 annual general meeting, the Dairy Farmers of Canada heard from a company that will pick up and process cow manure from many Ontario dairy farms to brew saleable biogas methane into the grid currently dominated by fossil-fuel-based methane.