The corn forecasts would beat the 2015 record yield of 178 bu/ac and one forecast beats the 2018 record soybean yield of 53 bu/ac, reported crop insurance provider Agricorp. 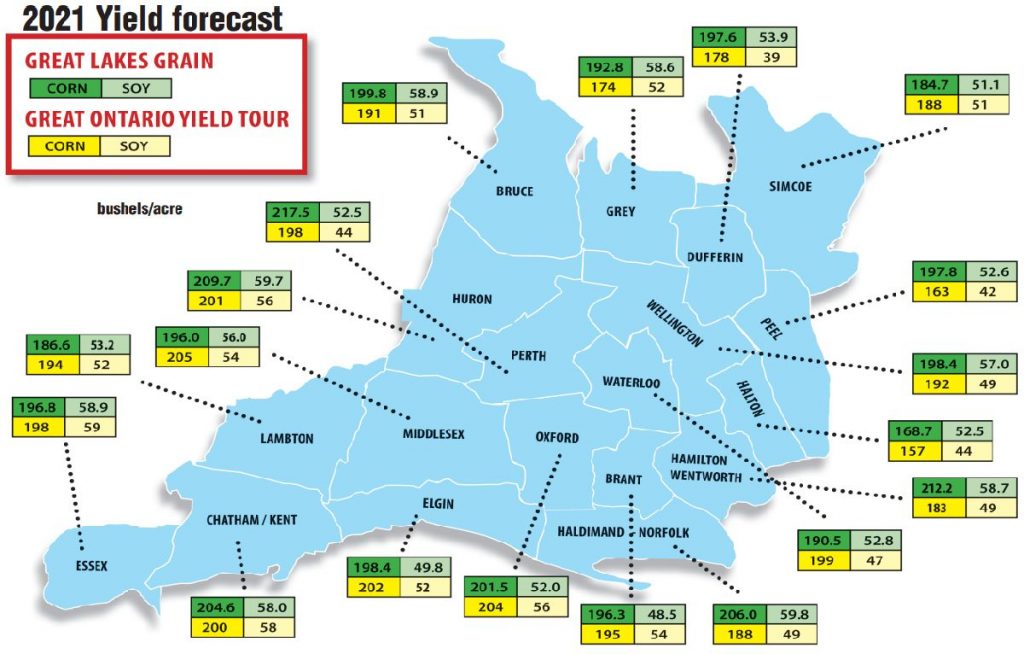 Southwestern Ontario farmers agree that this year is looking great. In 50 years of farming, Wally Schaus, of Elmwood, said he’s never seen anything like his standing 900 acres of corn. He sums up the corn in his area as “unbelievable.”

Matt Beischlag of Hagersville, also sees a great corn harvest ahead — a “bumper year, yeah, if we get it in the bin.” Beischlag predicts a corn crop of 190 to 240 bu/ac in his area. “Everything’s looking fantastic right now.”

“Barring a frost this week, we are going to be the best ever,” said Chuck Baresich, of his operation’s 2,300 corn acres at Bothwell, on Sept. 8. “There are some farms where the corn is showing nitrogen and tar-spot damage, but the yield is already made; I think those farmers are still going to be pleasantly surprised.”

Mark Huston, of Thamesville, said his 600-acre corn crop looks good and has “a lot of potential,” though he cited some quality concerns related to the exceptionally high heat and humidity this summer.

Farmers were not as bullish on beans.

Beischlag said his soybeans are filling out nicely. He agreed the predicted yields are within reach of many growers, though “it’s hard to predict the yield until the combine gets through it.”

The 1,100 acres of soybeans at Chuck Baresich’s place aren’t expected to set any records. Baresich said he’s expecting a “respectable” crop in the low 40s and a “wild” range of yields in his area. Bushels per acre could range from the low 30s into the low 60s, Baresich said.

“Everything was arrows up this year,” Stewart said. Highest-ever numbers were recorded for ear count and cob girth, while cob length was just shy of the best seen. The other private tour is organized by Great Lakes Grain, an elevator operator with 27 Ontario locations.

See chart with bushels-per-acre data as well as county-by-county maps below. 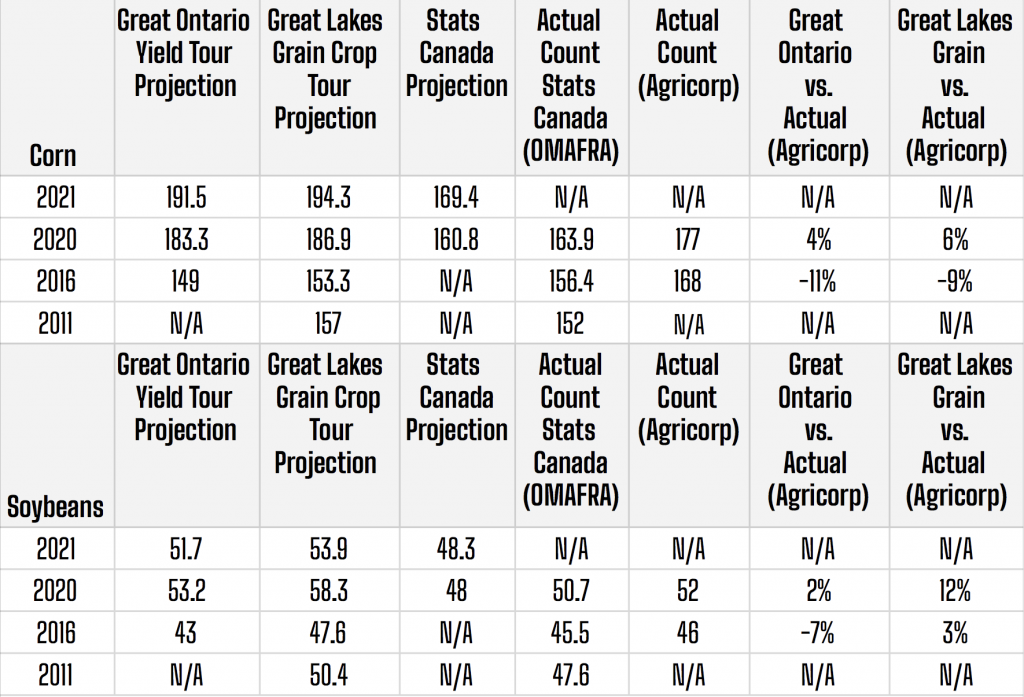