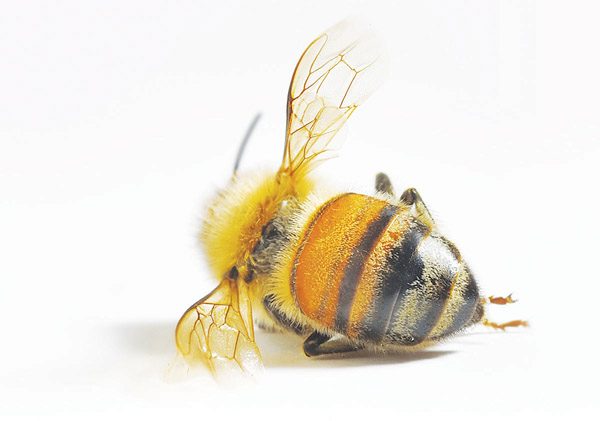 Ontario beekeepers had winter losses between 30 to 35 per cent this year, says the Ontario Beekeepers’ Association (OBA).

While the final number will be released by the Canadian Association of Professional Apiculturists in July, that estimate is still quite a drop from the 58 per cent winter loss in 2014. It’s also the lowest winter loss in Ontario since 2012. The eight-year winter loss average is around 34 per cent.

The winter loss report is based on a six-question multiple choice survey filled out by 411 Ontario beekeepers. There are 3,800 beekeepers in Ontario.

The OBA, which is opposed to pesticides and mostly represents small operators, says the top three causes of winter loss are colonies that are too small, normal winter losses (a bee’s life expectancy is six weeks) and pesticides.