Ontario less free than it used to be, think tank study says

VANCOUVER — Ontario is not as economically free as it used to be. The province trails all American states and ranks only above Mexico in the latest North America economic freedom index published by the Fraser Institute.

The decline of economic freedom in Ontario is part of a broader trend in Canada, according to the Vancouver-based think tank. For the first time, every Canadian province has landed in the bottom half of North American jurisdictions — alongside Mexico and just a few U.S. states — in the annual rankings.

Researchers compared all 10 provinces, 50 U.S. states and 32 Mexican states on their level of  economic freedom — defined as the ability of individuals to make their own economic decisions about what to buy, where to work and whether to start a business.

The 2022 Economic Freedom of North America report calculated the index by looking at government spending, taxation and labour market restrictions using data from 2020 (the latest year of available comparable data).

Ontario placed 53rd on the economic freedom index— tied with Saskatchewan — one notch behind the lowest U.S. state, Delaware. Ontario’s meager performance from a continental perspective was still good enough for second place in Canada. Alberta ranked first in the country but 47th in North America.

The top three jurisdictions ranked by most economically, in order of most free, were New Hampshire, Florida and Utah. 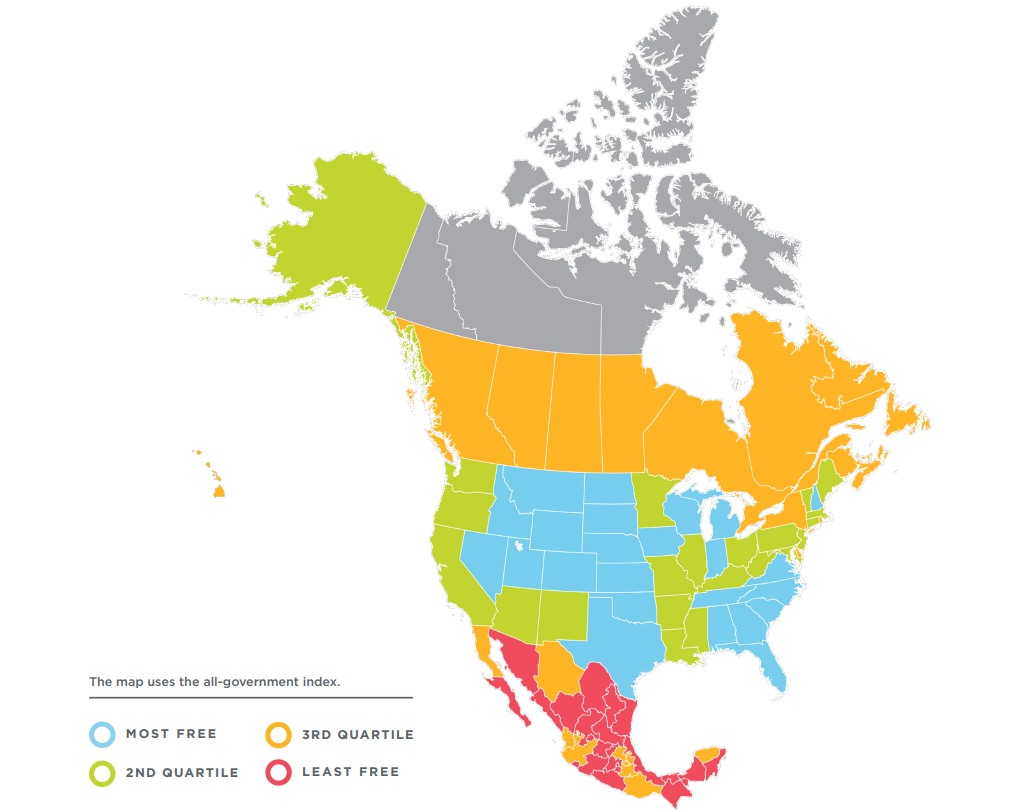