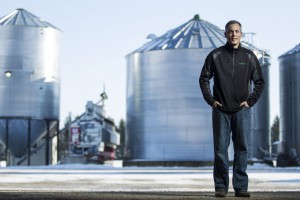 TORONTO — The Ontario government has infuriated crop farmers with a plan that would prevent farmers from using neonicotinoid-treated corn and soybean seeds unless a farmer can prove a need for it.

Under the draft regulation released March 23, the province would prevent farmers in 2016 from using neonic-treated seeds on 50 per cent of their corn and soybean acres and would require a pest assessment if a farmer wanted to use more. Starting in 2017, pest assessments would be needed if a farmer wanted to use neonics on any acre of land with a goal to reduce neonic-treated seeds by 80 per cent across the province.

Progressive Conservative ag critic Toby Barrett (Haldimand-Norfolk) said that the province doesn’t know if neonic insecticide is killing honeybees and that the evidence is circumstantial. In the Legislative Assembly, Barrett told Agriculture Minister Jeff Leal, “your approach is derived from ideology — it’s irresponsible and intimidating. Why did you allow emotion to trump science?”

Leal evaded the question (see page A4) and changed the subject. Neonic-treated seeds are used on most corn and soybean fields in the province.

There are at least seven honeybee stressors — including neonics — and even many beekeepers are skeptical of the province’s hardline on just one.

Farmers fear the new regulations will mean a total ban on neonics and question who would determine the pest assessment.

“Let’s face it. The government in Toronto, they just took science and tossed it out the window,” said Middlesex farmer and Grain Farmers of Ontario (GFO) district 4 director Joe Thomson. “If (Premier) Kathleen Wynne and her government had their way, we’d be farming in the 50s. Out here in rural Ontario, we don’t try to dictate to them what to do with the waterfront in Toronto. Maybe they shouldn’t tell us how to farm.”

Every year, Thomson allows a beekeeper to keep hives on his farm in exchange for honey. Despite being next to the neonic-treated crops, the bees thrive, said Thomson, who farms 3,500 acres.

Thomson said farmers who can’t use neonics on their seeds will be forced to use more dangerous pesticides on their crops.

“She (Wynne) will take neonic insecticide away from us, yet if we have an aphid problem, I’m going to spray Matador or Saigon or something, and I’m going to make sure I kill everything in that field,” he said. “I really question the logic behind this regulation.”

GFO district 2 director Mark Huston said farmers are disappointed that the province announced draft regulations when the safety of neonics is a federal issue and Health Canada’s Pest Management Regulatory Agency (PMRA) is expected to release its judgment on neonics this year.

Huston farms on sandy soil, where pests can be problematic and neonics are needed. He’s going to scout early to ensure he can use neonics in 2016, but says scouting means more work and will be a year-long process. Scouting for wireworms in spring when the temperature is between 10 C to 15 C is ideal, but scouting for European shavers or grubs would be at a different time.

District 3 director Dave Park said the regulations show the disconnect between rural Ontario and the urban government in Toronto.

“I don’t know if they really care what we have to say,” he said. “They have their agenda and they’re steamrolling it through. They’re politicking for votes and not for the better good of us farmers.”

Park said proposed provincial threshold levels are too high. For example, there would be five traps per 100 acres to check for corn rootworm and the insect would need to be found in all five traps to allow a farmer to use neonics.

“If you had that kind of infestation, the damage you would have in your field would just be devastating,” said Park. “You shouldn’t have to find it in all five traps. That’s a pretty high threshold.”

Park said the regulations will also force some farmers to start tilling their land to make sure there’s no green vegetation to keep black cutworm at bay.

GFO chairman Mark Brock told Farmers Forum that the province has put a heavy burden on growers to prove the need for neonics.

“Right now, we feel like we have a bull’s eye painted on our back. There’s no spotlight being shone on the beekeeping industry, on what their best management practices are, and what can they do to improve their situation.”

In an email to delegates in March, Brock said “unfortunately, the issue has evolved into ‘not what is right for bees’ but more of a polarizing public relations campaign driven by anti-agriculture activists.”

Ontario Beekeepers’ Association president Tibor Szabo supports the regulation, saying “We are proud that Ontario is taking bold leadership to protect pollinators with the strongest measures in North America.”

You can comment on the draft regulation until May 7 by emailing pollinatorhealth.ebr@ontario.ca.

Preventing the spread of avian influenza in Ontario farms

Durham Region invites you to experience its signature farm tour at Gates Open: Find Your Flavour