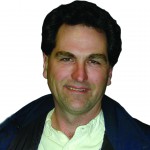 The question is not “how much dairy access is allowed under TPP?” But why weren’t dairy farmers told the facts by their leaders?

Especially when dozens of them congregated in Atlanta.

On Oct. 7, two days after the TPP announcement, I interviewed a person affiliated with the dairy processing industry, who revealed some TPP dairy facts, trends and numbers. There will be an escalating amount of product allowed under tariff rate quotas (TRQ) from year six onwards, from when the TPP was enacted.

My source detailed how lower class sections were going to be heavily affected — which was good price-wise for Canadian producers — and that a country like New Zealand was now open to shipping in unknown amounts of milk protein isolates duty-free.

Then on Oct. 16, the USDA released the dairy access numbers from their country into Canada.

My source, as usual, was bang on. Whey powder tariffs were to be completely eliminated and 13 other TRQs were set up with the export tonnage into Canada set and subject to “compounding” at one to three per cent increases per year, after year six to year 19.

Now the total amount of that access can be spun any way to Sunday, and will be, with the UPA (Quebec’s farm lobby group) quoted in the Huffington Post saying that Harper lied, and that it would be over 18 per cent access at the end of it all. My processing source says “no,” not that much. An increase of over 18 per cent in the TRQs doesn’t translate into an 18 per cent increase in total access.

However, whether it’s three or 18, both numbers are pulled out of someone’s backside, since we don’t have tonnage from 10 other countries, nor a biblical prophecy nailed down for the duty free milk protein isolates (mpi) from New Zealand.

Dr. Al Mussell (of the former George Morris Centre), Douglas Hedley and Kamal Karunagoda nailed it in the Financial Post Oct. 20 when he noted that the potential non-tariff mpi imports from Australia and New Zealand’s “effect will only be bounded by supply and demand, not based on volume limits as percentages of the Canadian market.” He noted that this would force, over time, the Canadian dairy industry to become more competitive.

Why then were farmers told it was only 3.25 per cent access when processors know it’s potentially way more?

Is it wrong to assume that producer leaders and processors talk with each other? Is it wrong to assume that both sectors of the industry would talk to the same trade and agriculture bureaucrats in the know? If so, why on earth would the exact trade access numbers, items and timelines be released by the exact same bureaucrats fewer than 48 hours after the deal is announced to the processing sector and not the producers?

Is it wrong to assume that if Dr. Mussell or a simple reporter living on the Eighth Concession in an obscure Ontario township can call a cell number or click a mouse and get the facts, that dairy leaders should be expected to do also?

I have no smoking gun email proving that the dairy employee knew anything differently than what was announced on national TV. We heard a Dairy Farmers of Ontario spokesman say “the government did a good job” when asked about the 3.25 per cent access.

We also heard a Dairy Farmers of Canada (DFC) spokesman say a few days later, “Let me be clear. The way I see it, those who were watching and expecting the end of supply management, are now having to finally admit that supply management is here to stay.”

No one disputes that — you can stay cowered on the floor with your hands over your head for as many years as you want while others gladly fill the market — but someone might point out that the UPA, and, by Oct. 19, the DFC emails to reporters like Alex Binkley, felt the TPP threat was real.

That is something to keep one up at night.