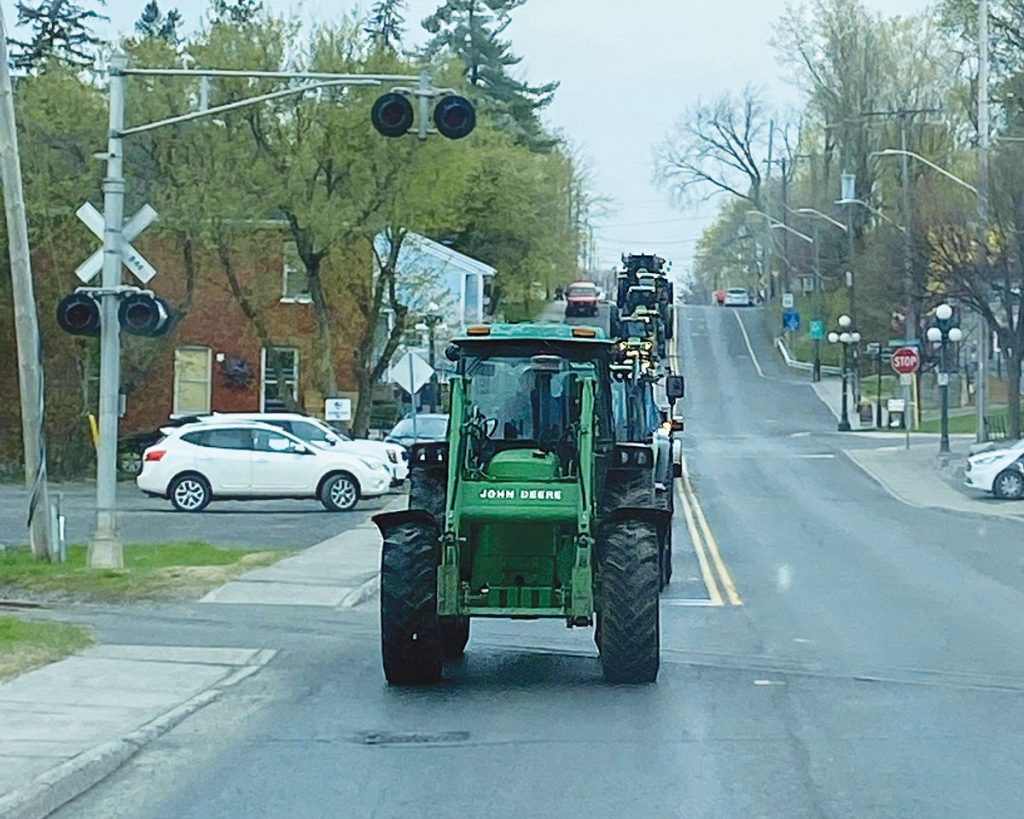 A parade of 45 farm vehicles drove through Carp to honour James Scissons.

ONTARIO — In 2021, nine Ontarians came to the end of their lives in accidents on the farm — the reputed most dangerous workplace in the country. That’s up three from six on-farm fatalities recorded by Farmers Forum in 2020. Farmers Forum records do not include farm-related deaths on public roadways.

The number of Ontario farm deaths last year is up slightly from the seven-year average of 8.3 fatalities annually. And it’s down dramatically from an average of 29 farm deaths occurring each year between 1990 and 2008. Nationwide, an average of 117 people died annually in Canadian farm accidents from 1990 to 2000, according to the Canadian Agricultural Injury Reporting.

That average dropped to 85 by 2012, a year when a then-low 60 people died on Canadian farms. 2021’s terrible toll includes two children, four men in their 70s, a foreign worker and a young dairyman who lost his life on an ATV. Two of the fatalities occurred in Eastern Ontario. The ongoing pandemic injected another tragic aspect into farming last year as four temporary foreign agricultural workers died from COVID-19 between March and May, while still in quarantine prior to starting their seasonal work here.