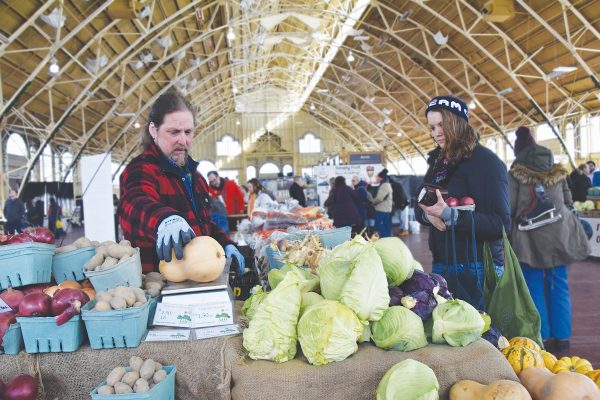 Buying local inside the cattle castle at Lansdowne Park in downtown Ottawa.

HALIFAX— Local food enjoys popular sentiment in Canada but not at the cash register. While consumers say they want to buy local most of the time, few Canadians actually do so when grocery shopping or eating at a restaurant. This was confirmed in a recent survey conducted by the Agri-Food Analytics Lab at Dalhousie University in partnership with Angus Reid.

“I think the image of local food products needs work. It’s almost as if Canadians just want to do farmers and agri-food companies a favour while purchasing,” observed Dr. Sylvain Charlebois, Director of the Agri-Food Analytics Lab. “Canadians clearly don’t see how local foods can provide benefits to them directly.” 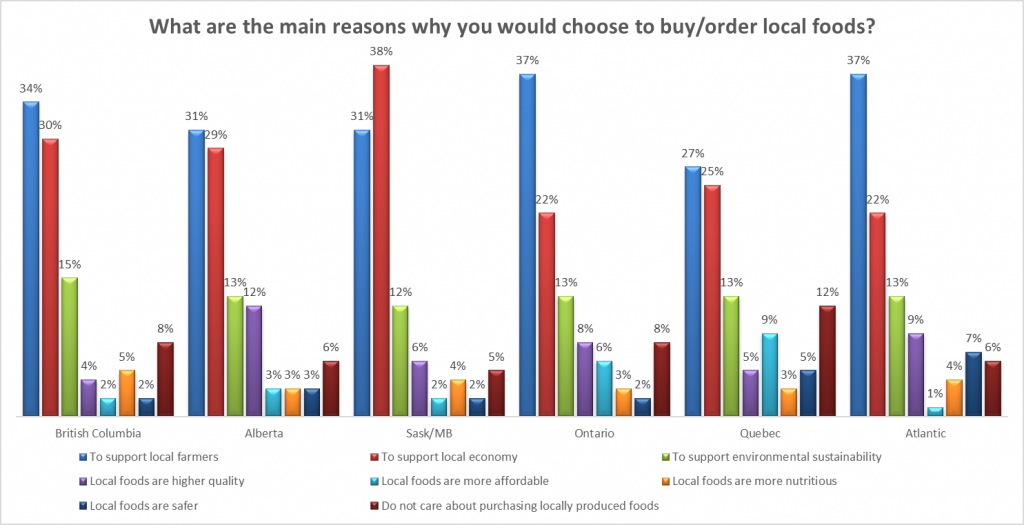 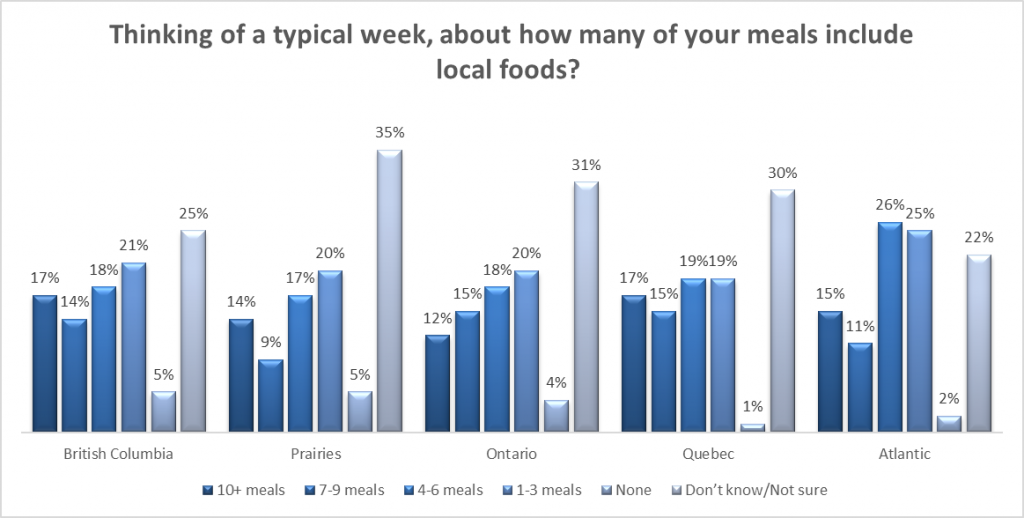 Most of those surveyed agreed that local food was a priority for them at the grocery store but did not follow through with purchases.

For food prepared at home, British Columbians and Quebecers led the way as consumers of local food but not in a big way. Only 17 % of respondents in both provinces prioritize local food in most of their meals every week. Results suggest women are slightly more inclined to consider local to be important versus men, but the percentage difference was less than 5%. Both education and income were not significant determinants, either.

“The fact that socio-economic determinants are not significant is a little surprising,” Janet Music, Research Associate at the Agri-Food Analytics Lab at Dalhousie University, said. “It is known that both Quebec and British Columbia have had many conversations about the localization of food systems, and it shows in the data.”

At the grocery store, local food sentiments varied slightly between age groups. While 45% of consumers aged 55 and older see local foods at the grocery store as important, 37% of consumers between 18 and 34 feel the same. At the restaurant, all age groups felt the same. Local foods were seen as important by 36% to 37% of respondents, depending on the age group. Differences were not significant.

On the matter of price, recent related research at Dalhousie University concluded that local food is not always more expensive. Commissioned by Aliments du Québec, researchers looked at 350,000 data points in Quebec with the help of BetterCart Analytics. They found that local products were priced the same or cheaper than non-local competitors in 70.83% of the food categories studied in January and February 2022.