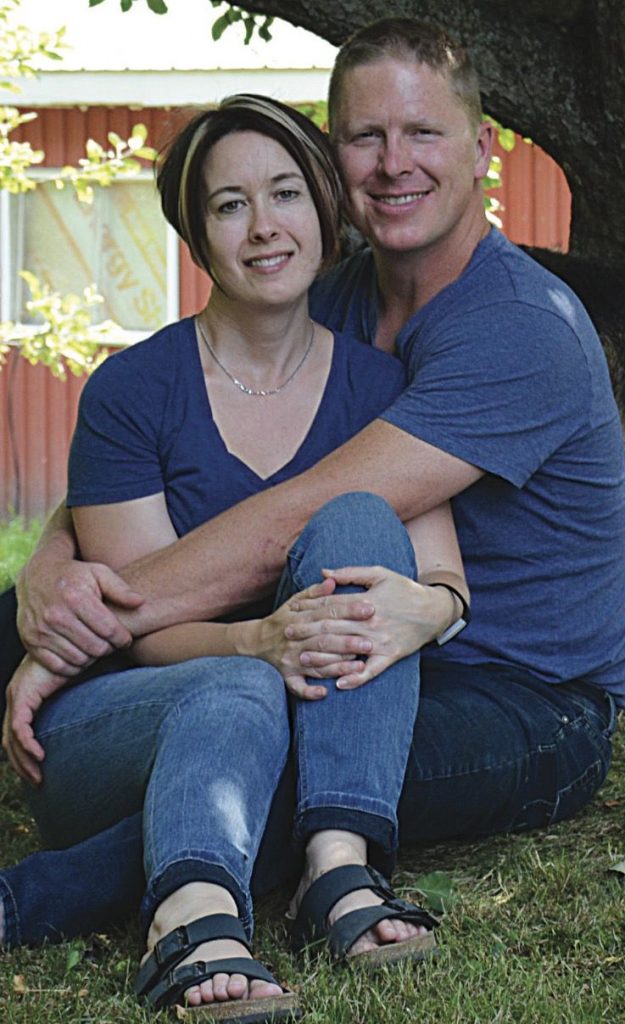 Cheryl Haskett said the idea for goat milk ice cream started with her husband, Greg, who wanted to sell a product made on the farm.

BRIGHT — Cheryl Haskett says the idea of goat’s milk sounds unappealing to many but her farm’s goat’s milk ice cream changes the minds of most.

Udderly Ridiculous is an Oxford County goat dairy farm near Bright, Ont., with 200 acres and over 1,000 milking goats that each produce 2.5 to 3 litres of milk a day. The farm is well-known for its goat yoga and alpaca walks, but the ice cream has been drawing even more attention.

They were to reopen on July 9 with a new store full of goat’s milk ice cream, where customers can purchase the product on the farm for the first time. They will also be selling branded goat milk soap, lotion, and goat milk sea salt caramels and sauce.

Cheryl Haskett, founder of Udderly Ridiculous, said she and her husband Greg Haskett had always wanted a product from their farm and started brainstorming ideas in 2015. They were going for something unique.

They didn’t solidify their ice cream plans until 2018, when they decided to take it seriously after a farm expansion. They had put in a 72-point rotary parlour, a primary nursery in a new barn, then expanded their herd of 300 goats to 1,200 milking goats.

The farm was originally purchased by Greg Haskett’s father in 1965, who had a hog operation. Greg got into milking goats in 2007. Together, Greg and Cheryl Haskett have four boys. Greg’s sons (ages 18 and 16) work on the farm, while Cheryl’s sons (ages 23 and 21) work o the farm. They have 11 additional staff.

Cheryl Haskett said they spent a lot of time researching, business planning, doing market analysis, and listening to customer feedback. They began producing ice cream in the spring of 2019.

“It didn’t take a long time to come up with the recipes. I started with three recipes I was playing around with in my home. Then we got to the six we launched with,” Haskett said.

Haskett said it was difficult to adjust the small 2-litre batches she was preparing in her own kitchen to larger quantities for the manufacturing facility that produces their ice cream. They also had to find a facility that would produce relatively small batches of 600 litres, as opposed to large-scale commercial producers that export batches of a minimum of 4,000 litres.

Udderly Ridiculous ice cream is sold all across Ontario, as well as in some stores in Alberta and in British Columbia. They were also doing direct home deliveries within a small radius during the pandemic. The ice cream itself is made from Ontario goat’s milk and cream, keeping it as local as possible.

Udderly Ridiculous ice cream won the dessert category for the 27th Canadian Grand Prix new products awards in July of 2020, after competing against 112 other products. A panel of 34 food experts judged and named the Wine & Dark Chocolate avour the best new dessert in Canada.

“We’ve had overwhelmingly great reactions. People are surprised and we get lots of really great feedback on the product,” Haskett said.

The plus side of using goat milk is that far fewer people react to it, as they do with cow milk. People with mild lactose intolerance can have goat milk because it contains less lactose than cow’s milk and is easier to digest, thanks to its molecular structure.

Udderly Ridiculous ice creams only contain natural ingredients, without any chemical additives, artificial flavours, colours, or preservatives. The drawback of using all-natural ingredients is that the ice cream takes longer to make, since the ingredients take more time to process before they get into a mix. They use real Merlot wine, pumpkin puree, dark chocolate, beer, lavender and more. “There’s more work that goes into our product,” Haskett said.

Haskett says people value their all-natural ingredient list because everyone is becoming more aware of what is going into their food and how their food is being made. The farm is very strict about what ingredients go into their products and people appreciate it.

Their biggest obstacle to date has been trusting the supply system with their highly temperature-sensitive product. Since their ice creams don’t contain any preservatives, they must be delivered at the right temperature, or else the quality is compromised. They use cold store facilities when delivering to retail stores and hope that workers don’t leave the product out. They’ve had problems with this before.

Haskett says they’ll be sticking with six flavours for now. To be in the bigger retail stores, shelf space can cost anywhere from $7,500 to $15,000 for only one flavour, on top of other costs.

“It costs upwards of $25,000 to bring out a new flavour into retail and with COVID-19, it just isn’t feasible,” Haskett said. “I have been working on new flavours. My hope is that eventually we can build a commercial kitchen here on the farm, so we can make and sell on the farm. That way we could develop flavours and test their popularity with customers without paying thousands to put a new flavour on store shelves.”