MPAC farmland assessments roll out and farmland value shoots up

WILLIAMSBURG — The Municipal Property Assessment Corporation sent out its notices for farmland property assessments mid-October, and some farmers have seen their properties almost triple in value.

“It’s a wow. It’ll definitely affect our taxes, I’m expecting they’ll go up (about 75 per cent).”

Byvelds said that he may challenge the assessment for his residential property, but not his bare land. “I can’t see why you’d fight it. They told you land sold for $12,000 in your area. How can you fight $8,000?”

Compounding the problem are notoriously low residential land prices in rural Ontario, although this year’s rural assessments aren’t out yet. Municipalities start with their budget and set their property tax rate accordingly. If farmland is going up much faster than residential land, then farmers can expect a tax hike similar to their assessment hike.

And unlike the province, which recently broke $300 billion in debt, municipalities in Ontario can’t run deficits.

The Ontario Federation of Agriculture and the National Farmers Union of Ontario want to see municipalities adjust the farm tax rate (which is already capped at 25 per cent of the residential tax rate) so that farmers don’t end up shouldering more of the tax burden.

But Byvelds isn’t in favour. “Producers have a good discount as it is. What I’d like to see is for municipalities to put that money towards rural roads.”

Byvelds, who is also the former mayor of South Dundas, said that it’s hard for municipalities to turn down money, and that farmers should remember that they’re part of a community. “It does a lot of good. We need to make sure that municipalities are adequately funded.” 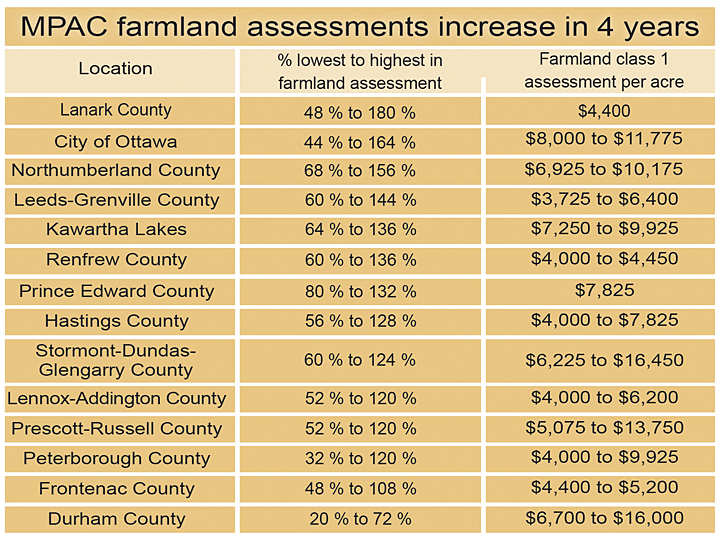 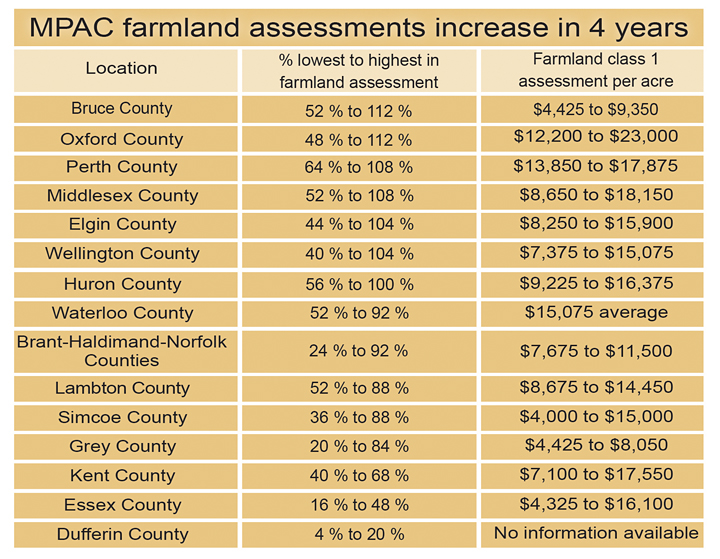