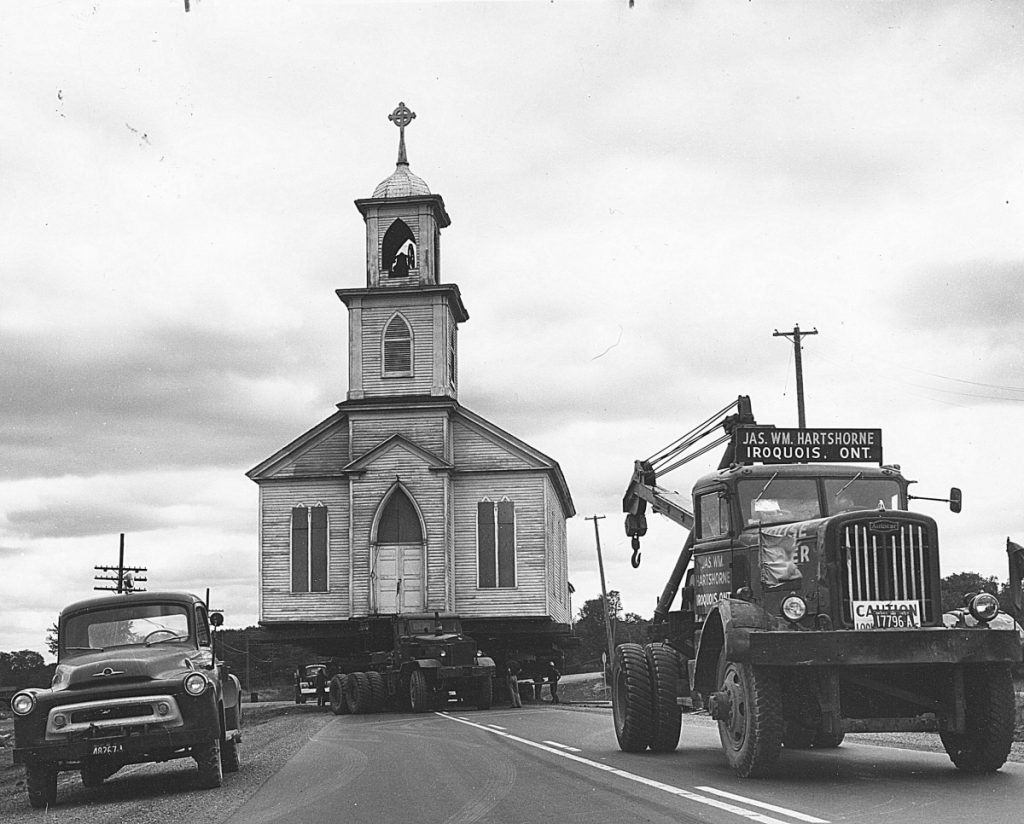 The Moulinette Anglican church was moved to Upper Canada Village museum in 1957. It dates back to 1837 and was moved during the St. Lawrence Seaway project to deepen the river for shipping lanes.

In the village of Iroquois, 152 homes were saved and relocated to a new Iroquois village about two kilometres north on higher ground.

The destroyed section of Morrisburg was replaced by a new development on the north side of the village. All told, relocation affected 6,500 people, 531 homes, 225 farms, 17 churches and 18 cemeteries, which included the re-internment of more than 2,000 bodies. Buildings that couldn’t be moved were demolished or burned down.

Nine villages were completely destroyed and became known as “the Lost Villages,” which included Moulinette.