BALTIMORE — The cows go outside every day of the year for both exercise and effective heat detection at Milvalea Holsteins, and that traditional practice is one factor in the herd’s newly recognized success.

The farm is run by members of the Nelson family, all University of Guelph graduates who became recipients of their first Master Breeder shield from Holstein Canada in January.

“It’s a family effort because all of our kids are involved in one way or another,” says Bart Nelson of the recognition bestowed on the farm. He and wife Nancy have been working at Milvalea since their graduation from the University of Guelph in 1983, one year after Bart’s father, Roger, established a 25-head dairy herd at the longstanding Nelson farm.

The place ran in previous decades as a mixed operation— featuring beef animals, hogs and a few cream cows — since its establishment by Bart’s great-grandfather in the 1930s.

Bart and Nancy officially took it over in 2003 and today milk up to 70 cows in a tie-stall setup where the cows are turned loose outdoors daily. 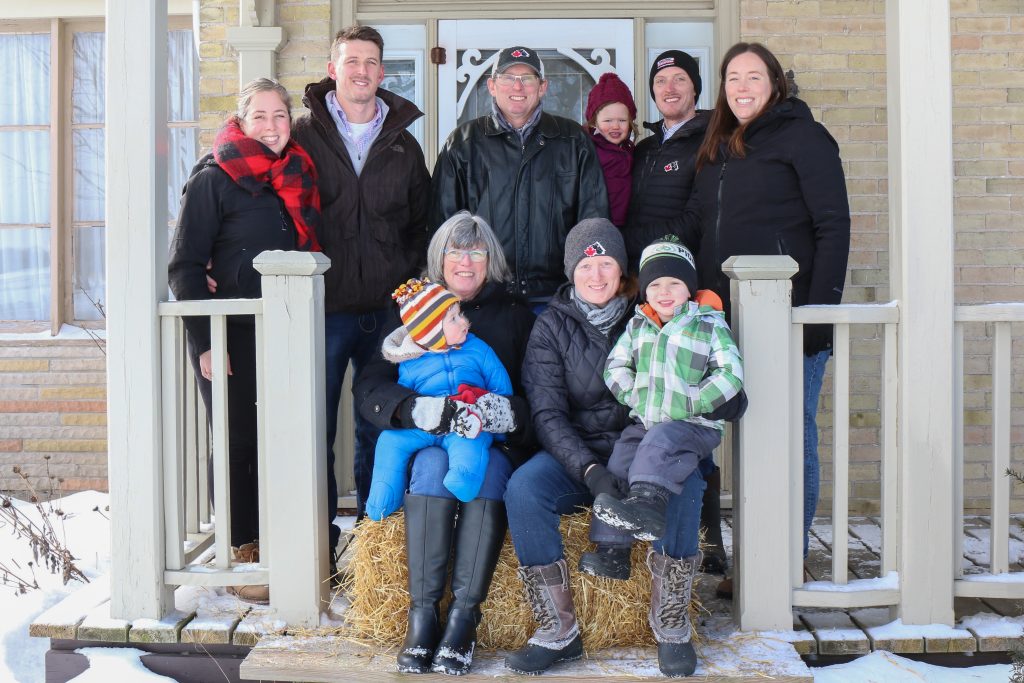 They have a rolling BCA of 249-282-262 at Milvalea — the prefix granted them by Holstein Canada because “Mill Valley” was already taken. (It’s pronounced “Mill Valley” in any case.)

Their adult children — Jill, Brian and Clark — all live within 20 minutes of the enterprise and add a further abundance of educated expertise to the farm.

After his graduation from Guelph, Clark worked at Eastgen in sales and breeding until coming home full time. His wife, Martina (Pfister) Nelson also graduated from Guelph and is a dairy specialist with Corteva. Her family won a Master Breeder Shield in 2013.
Jill has worked as a Holstein Canada classifier for ten years since graduating from Guelph. “She has a good eye for cattle and has kept track of the herd for production and confirmation classification to improve the herd over time,” Nancy says.

Brian graduated from Guelph and works for Grand Valley Fortifiers on sales and dairy nutrition. “He fine tunes problem areas in the herd nutrition. His partner, Amanda Willson owns a chiropractic clinic but is supportive of the family business.”

The farm has produced two cows the family is particularly proud of — Milvalea Bolton Borneo EX-90-4E 9* — with exciting young descendants by Randall and Lambda — and Milvalea Final Cut Fiona EX-95-7E 2*, their highest classified cow to date. The latter animal was recently fresh for the 10th time, a heifer sired by Alligator.

“We really want cows that produce well, give a lot of components,” Bart says of their “balanced breeding” approach.
Holstein Canada awarded 19 shields this year: 4 in Ontario, 10 in Quebec, 2 in Nova Scotia, 2 in Alberta and 1 in New Brunswick.