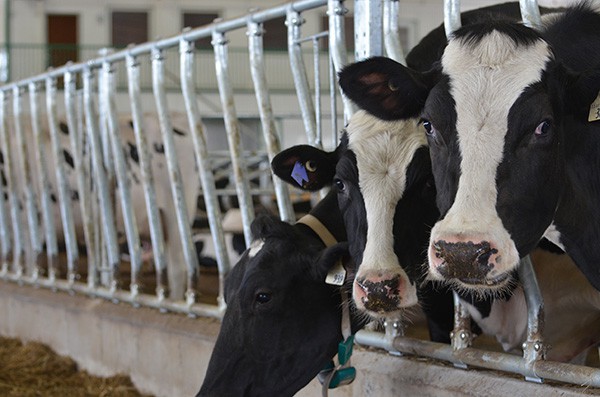 ALLISTON — A steady flow of milk ingredients sliding over the Canadian border duty-free may be backing dairy boards into a corner, where lowering prices may be the only way back into processors’ good graces, according to a confidential Dairy Farmers of Ontario (DFO) report.

The rub is an eye-popping 500 per cent rise in imports of milk protein isolates in the last decade. Imports of the high-protein concentrates grew from 3,500 tonnes per year in 2005 to 20,985 tonnes last year, valued at $192 million or about 20 per cent of the total value of dairy imports.

“The Canadian border is wide-open to imports of high protein concentrated dairy ingredients” from the United States and Mexico, and soon, the European Union, thanks to the Comprehensive Economic Trade Agreement signed last year, said the paper, which was tabled at the DFO spring policy conference in Alliston last month.

The imports are displacing fresh Ontario components in cheese and yogurt production, leaving the industry with a growing surplus of skim milk powder — projected by the Canadian Dairy Commission at 78 million kilograms this year, with more than two-thirds slated for the animal feed market, which undercuts even world prices.

The status quo of selling into that market is “no longer a sustainable option,” said the report.

Worse, the industry is nearing the limits of its powder drying capacity. If imports continue to grow, there will be no market for solids-not-fats, the by-product of butterfat production, the report suggested.

“Failure to address this fundamental issue will make it impossible to respond to a continued positive growth in the butter market without dumping skim milk or importing butter,” said the report.

Balking at either idea, dairy boards across the country are opting to drop prices to keep processors buying Canadian.

Last year, an ingredients strategy was floated that proposes a world price class for fresh solids-not-fat milk components and ingredients, which would freely trade at international prices on the domestic market. Dairy Farmers of Canada pitched the idea to processors and negotiations are set to begin this month.

“The lower price to processors would be in relation to those Canadian components and reflect a higher price to farmers if it is moved out of the current animal feed and CDC Surplus Removal program.”