Metcalfe Fair returned with livestock show but no 4-H 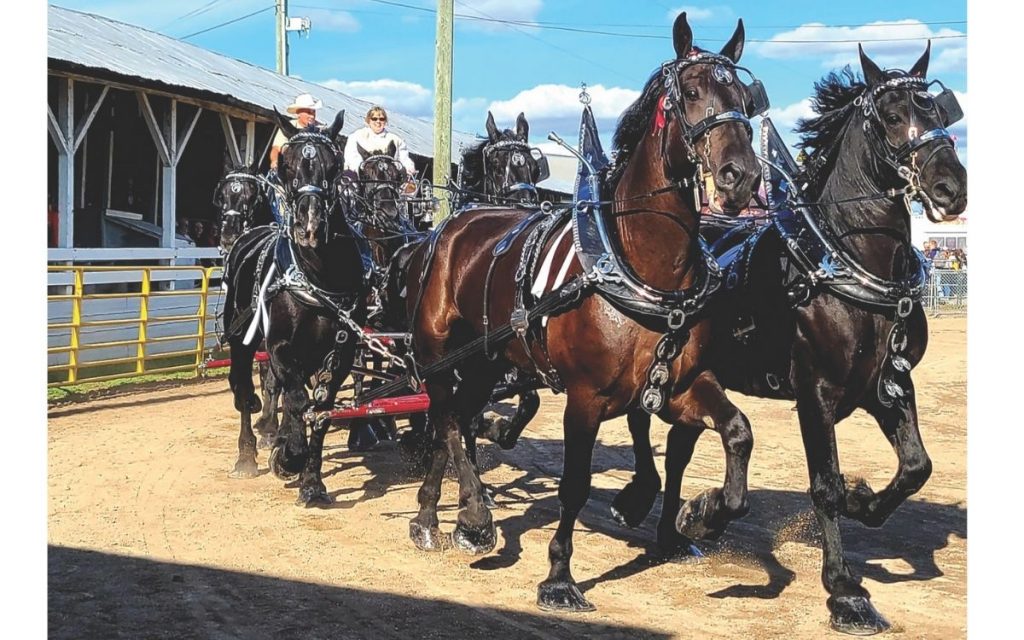 METCALFE — It was a bittersweet return of the beloved Metcalfe Fair. Livestock shows were scaled back and there was no 4-H championship show and no 4-H sheep and steer auction. No Stewart James to wrestle a few more dollars into the pockets or 4-Hers in a crowd-packed barn. There was also no demolition derby and on the biggest night, Saturday Oct. 1, it was cold and wet. At least the small packs of wide-smiling teenagers didn’t seem to mind. There was also an honest-to-goodness midway.

What also returned was the six-horse hitch competition, horse pull and a smaller open dairy show for junior cows and sheep shows. The livestock competitions were dominated by few competitors.

Karen Velthuis, also Holstein show organizer, acknowledged that only five breeders were able to take part. “It was a rebuilding year, and hopefully we can move on to bigger and better things next year,” Velthuis said with a tone of optimism.

Twenty-seven animals competed, all of them in the junior classes, so there was no grand champion this year. A minimum of 75 animals is required to achieve actual show status, the organizer explained, adding the show would normally draw 165.

Also making an impact, she said, was a number of competitors choosing to attend the World Dairy Expo show in Madison, Wisconsin. That included her own son, Justin, who temporarily co-owned the Junior 2-year-old champion at the American show. He and his Ontario partners owned the animal for less than a month and sold it shortly after that show.

Meanwhile, the Metcalfe sheep show was a battle between two local keeners: the Seguin family — technically comprising two separate farms — and Blair Dow. Randy Seguin showed the grand champion ewe of show and soon Kyle Seguin had the grand champion get of sire.

Though the number of competitors was down, “we were quite happy with our results in Metcalfe,” he said. An ewe owned by his father, Randy, won as both North Country Cheviot champion and supreme female at the show, nudging out Kyle who remarked: “If you have to lose to somebody, it’s best that it be family.”