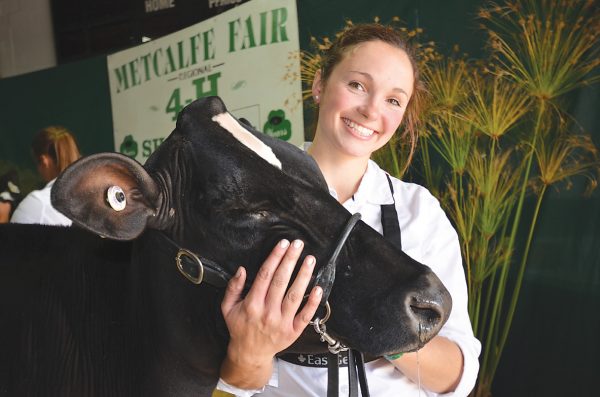 METCALFE —Thanks to long daily walks with her Holstein heifer, Vankleek Hill’s Ariane France was a two-time winner at the 4-H regional championship show at Metcalfe Oct. 3.

France was grand champion in the showmanship category and her charge, Brae Ape Africa, was the reserve champion Holstein heifer.

Africa was also the champion 4-H Holstein calf at the Maxville Holstein Show and junior champion female at the Expo Lachute Fair.

“I train my calf every single day,” said France, who is in her ninth year of 4-H. “I’ve been working with her since March, April. It’s a long, long process to get her to where she is today. She’s been really good for me, so that certainly makes her pretty special.”

Wanting to qualify for the Royal Agricultural Winter Fair in Toronto in November, France practiced leading Africa for an hour every day for a month leading up to the Metcalfe Fair.

Here are some of the other winners at the regional 4-H show. 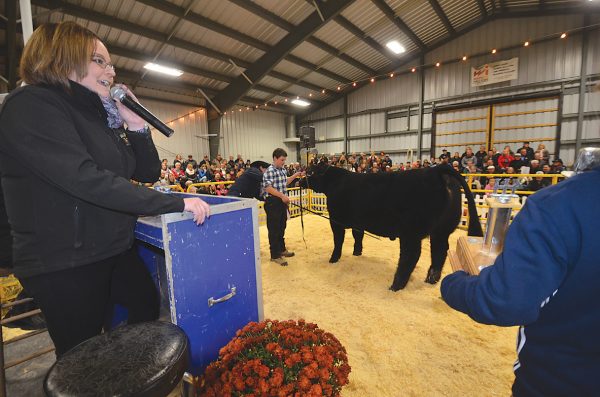 METCALFE — Darren McNeely of Carleton County had the grand champion beef steer at the 4-H regional championship show at Metcalfe Oct. 3. His steer sold at auction later that day for $7,122. Rutters Elevators, of Chesterville, purchased the steer for $5.50/lb.

The grand champion lamb, owned by Bradley Doering of Renfrew County, sold for an astounding $25/lb. to Jeremy Nixon and Willy’s Electric. Total sale price was $3,150.