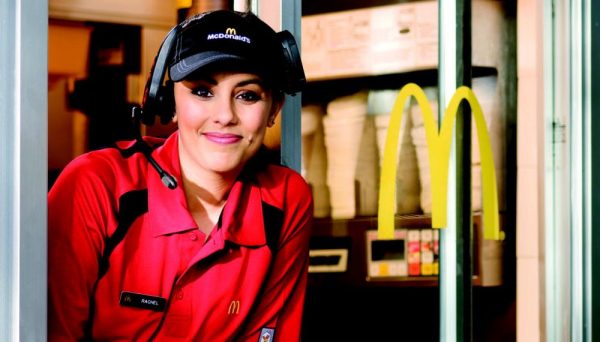 LYN — Burnbrae Farms officials say it can meet the target of having all the eggs it sells to McDonald’s Restaurants supplied by free-run chickens within the next 10 years.

McDonald’s buys 120 million eggs per year from Canadian farms, 76 million just for Egg McMuffins. The company said Sept. 9 that five per cent of all its eggs must be free-run immediately, and 100 per cent of its eggs will be free-run within 10 years. McDonald’s U.S. made the same commitment.

Free-run means chickens move freely inside a barn. By not letting them roam outside — known as free-range — it cuts down on diseases from outside sources.

The Egg Farmers of Ontario says there are about 400 egg farms in Ontario producing 2.82 billion eggs a year. While there are no numbers on how many of those eggs are free-run, free-run producer John Beking, south of Ottawa, says he would be surprised if more than five per cent were free-run eggs.

He believes the hype may allow him to charge a higher premium for his eggs. But free-run chickens also require more management and it was more expensive when it came to building his barn, he said.

Burnbrae president Margaret Hudson is confident her company can meet the McDonald’s timeline. A Burnbrae barn has a life cycle of about 25 years. Any barn that will have to be replaced within the next 10 years will be converted to free-run at that time, Hudson tells Farmers Forum.

In 2012, Burger King made the commitment to be cage-free by 2017, while 10 per cent of Tim Hortons’ eggs are from cage-free farms.

Angie Setzer, U.S. vice-president of Grain for Citizens, mocks the news on Twitter, writing “Good news! Your Egg McMuffin will now cost you $29.95.”