BREAKING NEWS
14:01
Home News Featured News MAY DAY: Michigan vows to shut down half of Ontario’s and Quebec’s oil supply by May 1

MAY DAY: Michigan vows to shut down half of Ontario’s and Quebec’s oil supply by May 1 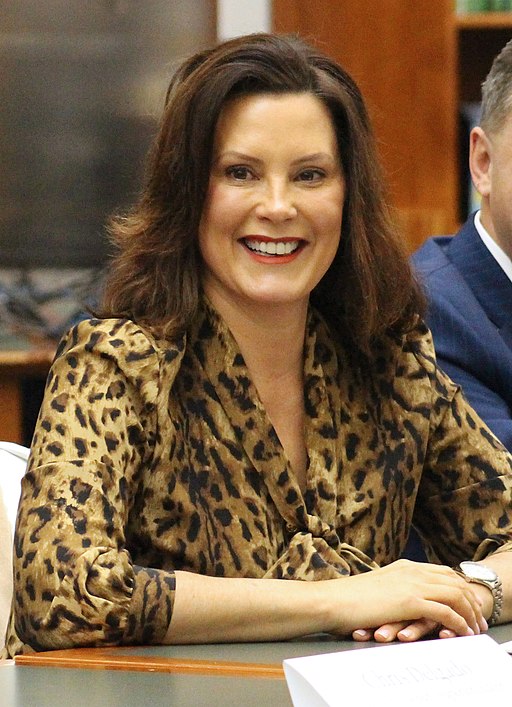 As Canadians, we enjoy a plentiful and secure supply of petroleum products which allows us the luxury of not really having to think about where those products come from. However, we’ve now entered a political climate where taking our energy supply for granted is precariously close to an end.

In November of 2020, Michigan Governor Gretchen Whitmer cancelled the permit for Enbridge’s Line 5 pipeline, which means that the pipeline is to be closed before May 1, 2021. At its face, the announcement was a political win for Michigan’s environmental movement, particularly because a portion of Line 5 lies underneath the Mackinac Straits, but for Canadians the implications are far more complex. Enbridge’s Line 5 pipeline brings up to 540,000 barrels per day of light crude and liquid natural gas from western Canadian oilfields to the eastern Canadian markets. That volume is significant. In fact about half of all of the petroleum products, (gasoline, diesel fuel, furnace oil, natural gas, and propane), consumed in Ontario and Quebec arrived here via Line 5.

The Enbridge Line 5 pipeline was built in 1953 and has operated continuously for 68 years without any spills.

Enbridge’s Line 5 is largely inconsequential to the American consumer. While just over half of Michigan’s propane is supplied through Line 5, the primary flow of product is Alberta and Saskatchewan oil and natural gas into the refineries in Sarnia, and then via Line 9 eastward to Toronto and Montreal. The growing US oil extraction business has lots of alternative means to supply the other half of Michigan’s propane, but giving Canadians six months notice to develop new pipeline infrastructure to move western oil to eastern markets is a much bigger predicament.

The 540,000 barrels per day of light crude and liquid natural gas which comes into the Ontario and Quebec market each day from the Line 5 pipeline would require an additional 800 railcars each day if Michigan were to force the closure of the pipeline and eastern Canada were to replace the supply with increased reliance on our railway system. We only need to think back to the railroad blockades of the fall of 2019 and early winter of 2020 to recall the propane shortages experienced in Ontario and Quebec to realize that our energy supply chain is already precariously vulnerable to interruption even with the full pipeline network operating at its historical capacity.

In Premier Doug Ford’s letter to Michigan Governor Whitmer, he pointed out that 3,900 jobs in Ontario refineries were directly dependent on the continued operation of Line 5, but when it gets cold next winter any disruption in the supplies of propane will matter to essentially every one of the 22.5 million people who live in Ontario and Quebec. There are obvious concerns to agriculture if we can’t get diesel fuel for machinery, or propane and natural gas for heating barns and drying grain, but potentially cutting off half of the fuel supply will impact everyone. Western Canada, (a region with lots of oil, but a limited infrastructure to move it to markets), will lose about $30 million per day in petroleum sales, and eastern Canada will see price increases as we pivot to an increase in foreign oil coming into the St Lawrence on tankers, and potential supply interruptions as the industry attempts to reconfigure a supply infrastructure that for more than 65 years ran from west to east.

The good news for Canadians at this point is that Governor Whitmer’s intention to close Line 5 is not without opposition. The Michigan State legislature has moved to continue to keep the pipeline open, and Enbridge has been granted some permits to make some upgrades to Line 5. Enbridge has made proposals to make safety improvements to their pipeline, particularly the contentious portion which runs under the Mackinac Straits, including plans to either place a replacement pipe inside of a concrete tunnel which would both protect the pipeline from an impact such as an anchor snag, and also to form an additional encasement barrier in the unlikely event of a leak. These plans had received support from Michigan’s previous administration as recently as 2018.

It’s astonishing that a country as rich in petroleum reserves as Canada could find itself in a position where we could have trouble supplying oil and gas to the most populous part of the nation. Certainly looking at a map, it makes sense why the original pipeline builders chose to take the shorter route in 1953, and build a Canadian oil pipeline from Superior, Wisconsin, across Michigan on its’ way to Sarnia, Ontario, but 68 years later, a significant portion of Ontario and Quebec’s energy supply is tied up in Michigan politics, and the resulting legal proceedings in US courts. Canada is not energy self-sufficient if we rely on foreign administrations to have access to our own fossil fuel supplies.