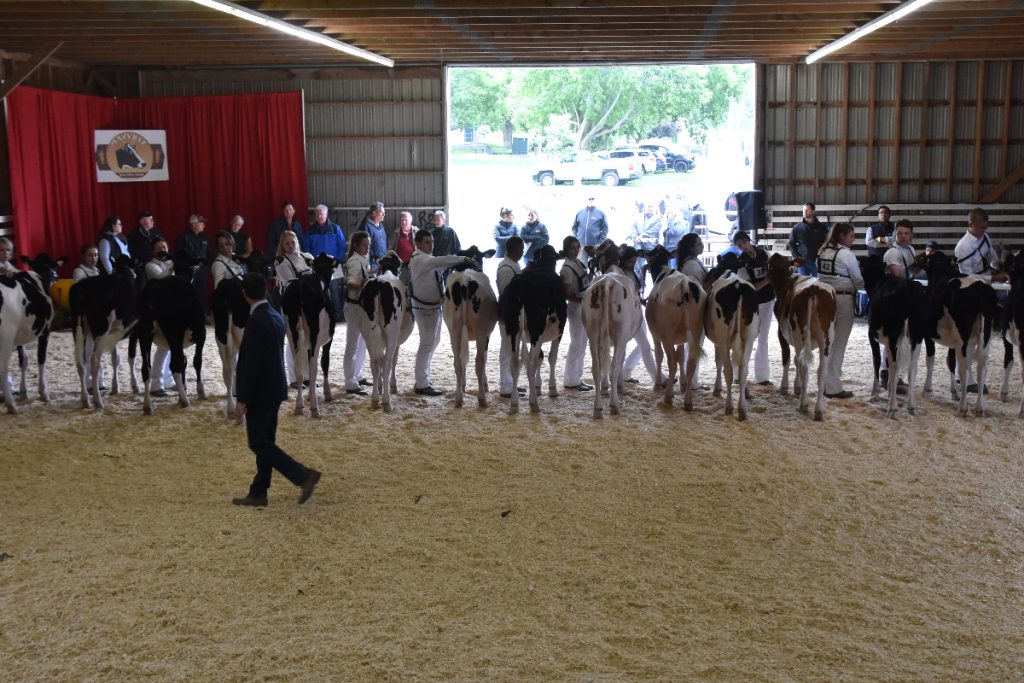 MAXVILLE — The cattle show ring at the Maxville fairgrounds was restored to life last month, as the North Glengarry community welcomed the return of its annual fair after a two-year pandemic pause. The highlight of the Maxville Fair is the open Holstein Show, traditionally the first cow show of the year in the region

Last held in 2019, the 2022 edition drew fewer entries and not enough cows for the senior classes. There were 85 junior-aged animals, organizer and announcer Phyllis MacMaster said. She attributed the lack of senior entries to weather as farmers tried to make hay in wet conditions. She added there was also some inertia in restarting the show after such a long layoff.

Still, the event drew a good crowd of onlookers who were glad to be back out at the show for the first time in what seemed like ages. Velthuis Farms, of Osgoode, had the top-two scoring animals, both winter yearlings: Kingsway Alligator A Twix was Junior Champion and Velthuis Doorman Fanta was Reserve Junior Champion.

A red and white class was also added this year. Breeders from Eastern Ontario and Western Quebec participated. 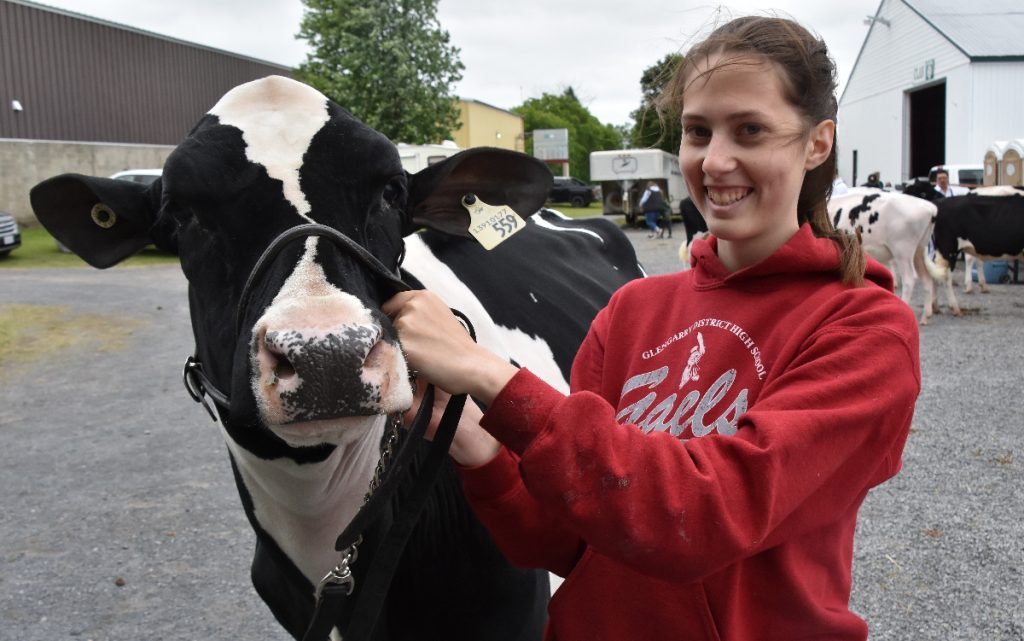 Brenna MacDonald, 20, of Dalkeith, was the 4-H senior showmanship winner at the Maxville Fair on June 18.