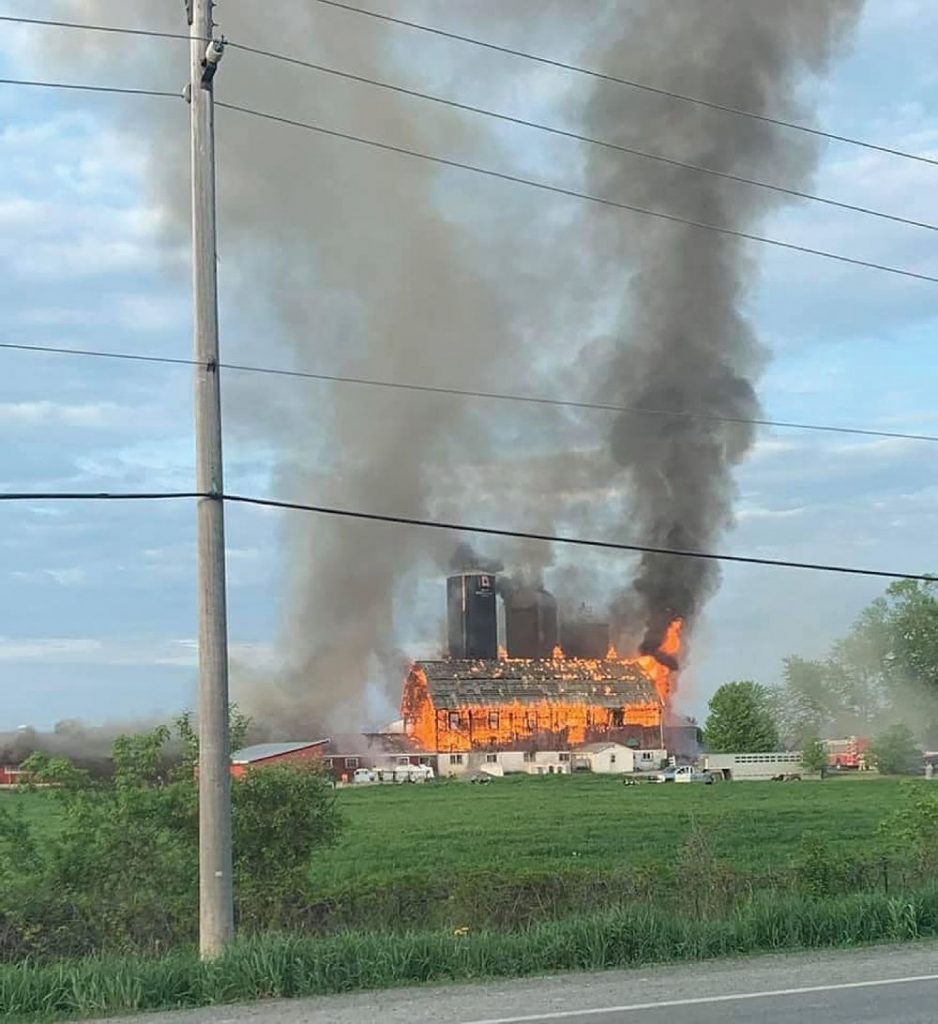 MANOTICK — The operators of Acredale Farms are planning to rebuild and are counting their blessings after a devastating May 20 blaze destroyed their dairy barn and wiped out 120 cattle — including the 85-head milking herd.

Despite the tremendous loss during “a farmer’s worst nightmare,” owner Janet Acres Smiley is focused on what was saved and the series of “little miracles” that has — among other things — left the operation with 55 remaining heifers from an unscathed fabric-covered structure and eight calves rescued from hutches near the burning barn. A single heifer somehow managed to escape the flaming structure, and Smiley’s firefighter son, Travis, wasn’t around for what would have been an especially stressful fire scene at the farm where he grew up because he and wife Madi were celebrating the arrival of their baby daughter, Lyla, born in hospital that same day. 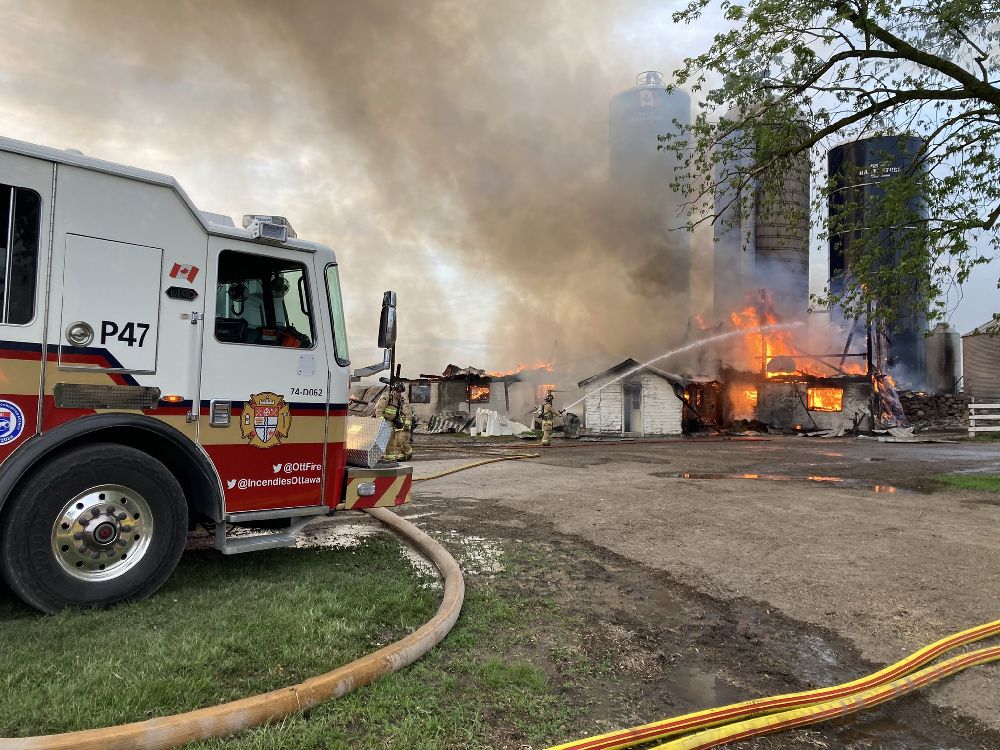 Smiley says she’s been overwhelmed by the community support, starting on the evening of the fire when a neighbour called 9-1-1 at around 7:20 p.m.

“People just want to help. I have a lot of church connections, a lot of neighbours. People are so touched that they just want to do something,” she said. “It’s not like I was looking for it, but it is overwhelming,” she says, adding that their insurance adjuster has visited and informed them that they are in “really good shape” for the building project ahead.

When a former neighbour heard about the fire she dispatched an unexpected half-ton pickup truck load’s worth of groceries while firefighters were still there.

Smiley said the fire likely started on the main level near one of the silos, though the cause is inconclusive. “We know roughly where it was, somewhere in the feed room area. We had tunnel ventilation, and the barn was filled with smoke in minutes.”

The dairy barn was a tie-stall operation but the replacement structure will be a free-stall, said Smiley, who runs the herd with her daughter, Jasmine. Her husband Cole Rooney has a university business background that will be helpful with the mountains of paperwork in the months to come, Smiley said.

Smiley’s husband, Robert, is also a firefighter, though recently retired, and he went into “full fire captain mode” while he was still planting in the field. Smiley was returning from Manotick when she noticed her husband was out of place — already driving the planter toward the farm — and then she spotted the smoke rising from her barn.

Ottawa firefighters returned five days later to extinguish a hotspot that flared up in the hay from the overhead mow that collapsed.

Damage has been reported at $2-million, though the owner had yet to see an estimate. 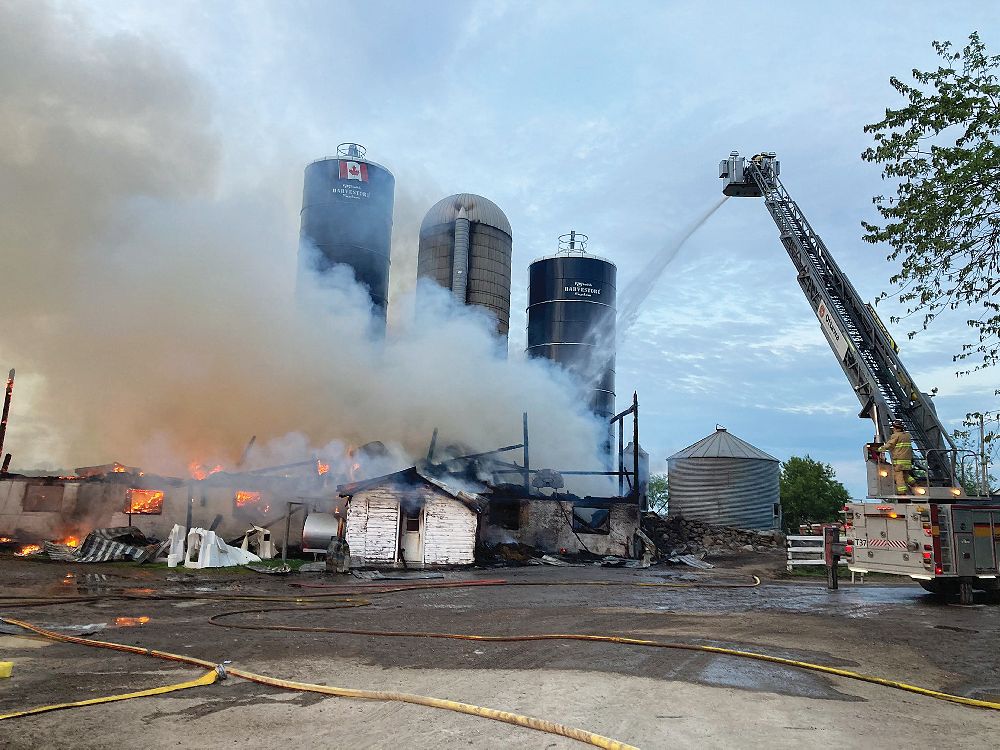