Making a go of cover crops: Looking to take the plunge? Talk to a neighbour, check online resources for advice 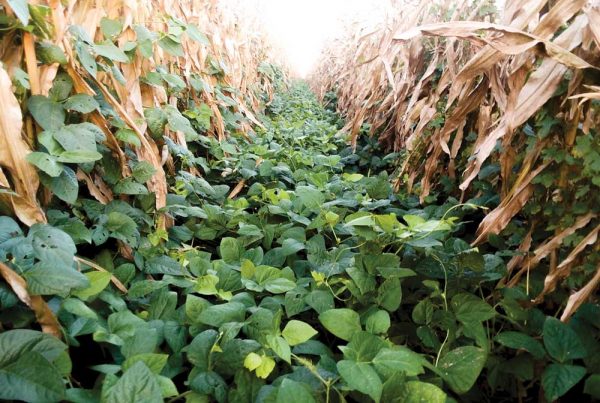 ONTARIO — What does it take to “make cover crops work” on your farm?

OMAFRA soil management specialist Anne Verhallen addressed that question — bolstered by the advice and experience of several producers — in her video presentation at the annual Ontario Agricultural Conference in January.

“We’re sticking to the simple, the fairly inexpensive … (cover crops) we can manage in the spring or manage in the fall,” she said, echoing the advice of the producers.
Building soil health, increasing organic matter, erosion control, weed suppression and keeping roots in the soil ranked as the top five reasons to grow cover crops, as per a 2020 cover crop survey of 520 cover-crop growers carried out by academics at the University of Manitoba.

Cover crops also serve as a way to recover nitrogen from the soil, stored in the tissue of the cover crop, to be released back into the soil when the next crop can use it.
“We’ve had a fairly big uptake in cover crops in recent years, in the last 3 to 6 years,” Verhallen observed.

Precise numbers and definitions, however, are difficult to come by for comparison purposes. In 2019, 38% of 250 farm sites visited by the Ontario Topsoil Survey project grew either “overwintering” or “winter-killed” cover crops. The 2016 Agricultural Census reported 25 % of Ontario farmers growing overwintering cover crops — without reference to winter-killed cover crops that are planted with the intention that they die over winter.

A cover crop is seeded to prevent a field from sitting bare in the fall and winter, after the main cash crop is pulled off. Seeding may occur as early as February or March, in the case of red clover that’s intended to emerge after the main crop — such as vegetable beans or winter wheat — is harvested in the summer. Or the cover crop may be planted the prior fall, such as a field sown with radish and oats before soybeans are seeded the following spring. Sometimes, the cover crop is killed off with glyphosate before planting the main cash crop, like corn or soybeans, which in turn precede the planting of another cover crop in the fall. Other times, the cover crop itself is intended to produce a yield, as in the case of winter wheat. Or the cover crop’s yield is forage to be fed to cattle.

“They all grow cash crops in different ways, with different crops within that mix, whether it’s buckwheat or feeding cows, or some processing-vegetables. There’s no one way to farm and not surprisingly, there’s no one way to incorporate cover crops,” Verhallen said, referring to the various correspondents she interviewed for her presentation.
“And there’s no right way to do it, either,” she added. “What works for your system, and your management style, and tillage that your soil demands is the right way to do it. That doesn’t mean you’re always going to stay that way… Things change. They should never stay the same.”

When it comes to seeding cover crops “less is more,” she said, “except when the goal is feed or grazing.”

Offering his advice to farmers looking to take the cover-crop plunge, Dufferin County cash-cropper Alan Lyons suggested the first thing “is talk to somebody in your neighbourhood that’s doing it and has been doing it for a while.

“There’s enough of us that have been doing this for some time, that we’ve seen the pitfalls, so go and talk to that guy,” Lyons said. “What made him start? How did he start? What’s he doing? What’s he done wrong? What’s he done right? Because there’s no sense reinventing the wheel if it’s already rolling down the field.”

Lyons also said it was important to establish a goal and a way of measuring the result of the cover-cropping effort. “Make sure that goal is measurable and achievable.”
Start a trial on a small area on your farm, a hilly spot subject to erosion, or a sandy knoll, he advised. “Once you’ve done that first trial, don’t expect it to be a miracle.”