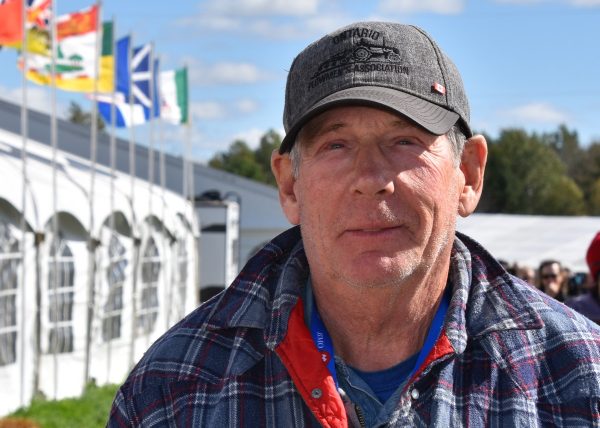 Robert MacLean was at the last day of clean up for the IPM at Kemptville when he got the call about a fire in the barn. (File photo)

KINGSTON — More than 70 purebred Holstein died in a barn fire at the MacLean family farm east of Kingston on Nov. 14. The owners managed to save only 14 animals from the ‘Duart’ prefix herd — a mix of bred heifers and dry cows.

Fourth-generation dairy farmer Mike MacLean said he exited the barn and was working in the farm’s nearby shop for about 15 or 20 minutes when a car rolled into the farmyard blowing its horn. It was shortly after noon, and the passing motorist noticed the smoke from County Road 2.

At that point,  the fire was into the oldest part of the freestall barn — an original, 80-year-old section used to store straw — “and there was no going back,” MacLean told Farmers Forum.

He commended Kingston Fire & Rescue for preventing the spread of the flames. The shop, silos and house were unscathed, and a canvas-covered structure 30 feet from the barn sustained only minor damage.

There’s no way to tell how the fire started, he observed, especially after an excavator was used to tear apart the burning rubble.

His father, Robert MacLean, was in Kemptville overseeing the final day of cleanup of the 2022 IPM site, in his capacity as president of the Ontario Plowmen’s Association, on the day of the fire. “Unfortunately we had to get a hold of him to get him back home early,” Mike MacLean recalled.

They haven’t made any decisions about future plans, he said, and it will be a while before they do. “That could be a long process.”

No one was hurt in the blaze. He was grateful for the help of friends and neighbours who helped clean up the site on Nov. 21.