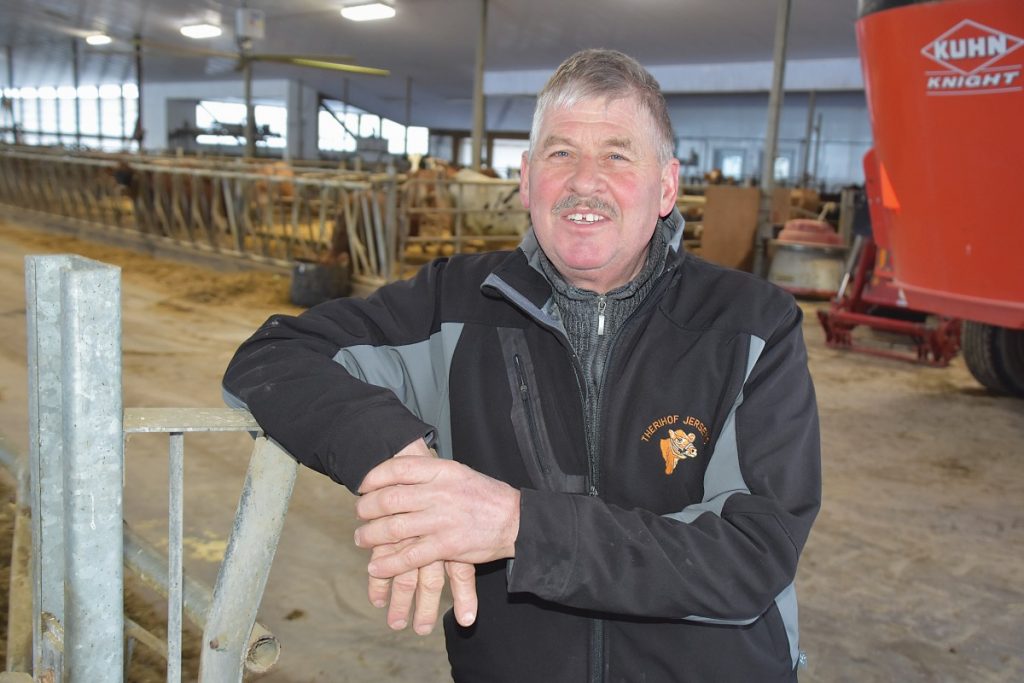 Finch dairy farmer Theo Elshof has more than doubled his herd, something he couldn’t have done in his native homeland. (Nelson Zandbergen photo)

EASTERN ONTARIO — Ontario farmers continue to be concerned about Dutch farmers as the Netherlands government presses ahead to shrink herd-size and impose fertilizer cuts — and now, expropriate 3,000 farms while paying out 120 % of market value for the properties.

Ratcheting up the pressure, the Dutch authorities in December revealed plans to forcibly buy out 3,000 operations in environmentally sensitive areas, though sweetened with reported above-market prices.

According to media reports, Dutch taxpayers will pay about $34.7 billion CDN on the farm buyout. Farmers subject to expropriation have until sometime in 2023 to accept the offer — or cease farming their property.

It’s all part of a controversial push by the Netherlands to curtail output of agricultural greenhouse gases as part of global climate change goals. Ontario farmers fear a similar anti-agriculture move in Canada following the Canadian government’s announcement last year to curtail fertilizer emissions by 30 per cent by 2030. Many local immigrant farmers staged tractor rallies last year in solidarity with their Dutch cousins.

There are over 50,000 farms in the Netherlands, and Eastern Ontario resident Marcel Smellink, originally from Holland, noted that only a small fraction will be eligible for the newly announced buyout. That leaves many farmers facing the prospect of trying to operate while hobbled by imposed herd cuts of up to 66 % or more.

Smellink said that farmers will face a $117,000 fine every three months until they comply. Individual Dutch provinces are rolling out the rules, he said, and not all at the same time.

Last summer’s Dutch tractorcade protests petered out amid talks between the farmers and the government, according to Smellink, but the farmers got fired up again in December, this time centred in Smellink’s home province of Overijssel, the first jurisdiction to plunge ahead with the plan. Smellink said the mayor of that province’s capital city was supposed to meet with the protesters in the first week of December but didn’t show up.

What’s so disheartening for the Dutch farmers, he pointed out, is the vast amount of time and money — often borrowed — that they’ve already plowed into their operations to comply with existing environmental controls placed on the ag sector over the last 30 years. In one case, he knows of a Dutch farmer in his home province who was ordered — under existing rules — to cut his 120-head milking herd by 43 animals a few years ago. Then the authorities came back and said they made a mistake, so the farmer went ahead and replaced those animals, only to be told he must now shed at least that many cattle again, under the new rules.

In Finch, dairy farmer Theo Elshof also said he was glad to be in Canada after immigrating here in 1989. Elshof managed to buy a dairy farm in 1994 and over the years more than doubled the Jersey milking herd to more than 90 animals. “We never could have done in Holland what we’ve done here,” said Elshof, who farms today with his son, Kevin.

Elshof said the Dutch demonstrations helped somewhat based on his conversations with three Dutch families over Christmas. He added that he employed a farmer student from Holland last summer and the young man’s family was being compelled to cut their already small herd by 15 %.