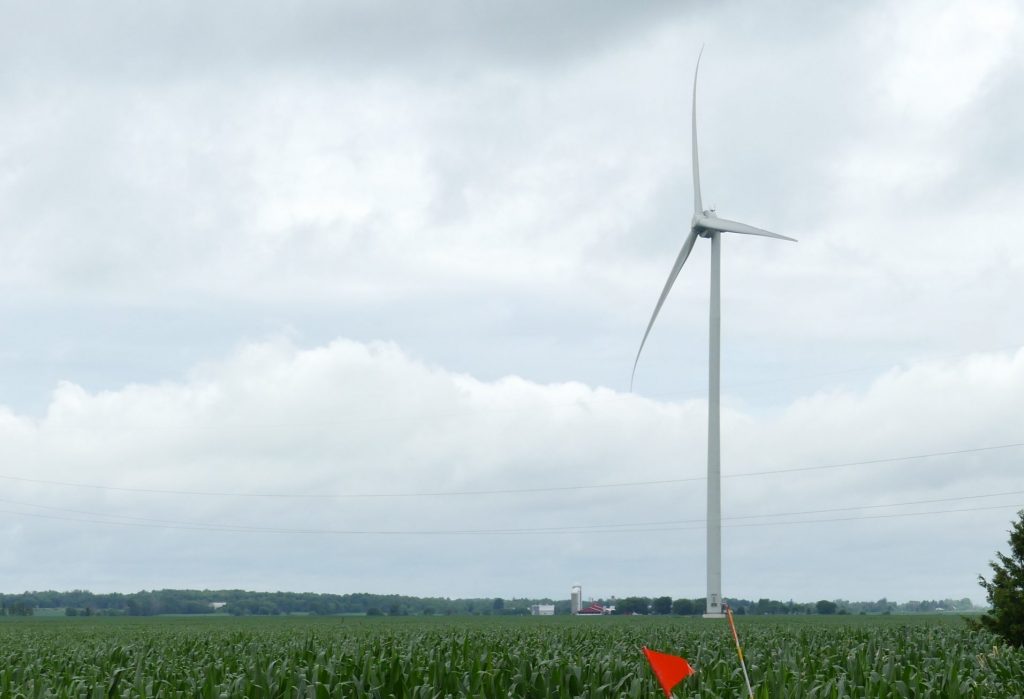 One of the Nation Rise turbines outside Crysler. (Nelson Zandbergen photo)

Postmedia correspondent Jim Algie is misleading when he refers to the Ford government’s 2019 cancellation of green energy contracts, which he terms an “obsessive anti-climate” position.

In fact, the government cancelled contracts for intermittent and unreliable solar and wind power that was surplus to our needs; the wind power cancellations alone saved Ontario electricity customers more than $400 million.

Contrary to Mr. Algie’s assertion, the Nation Rise wind project was not among them.

The environment minister cancelled that approval in the “public interest” due to the risk to endangered bat species. The court did not agree, however, and the cancellation was overturned, allowing the developer to proceed.

That’s why today we have a wind power project in low-wind Eastern Ontario costing us millions to generate power intermittently, unreliably, and out of phase with demand.

Wind Concerns Ontario is a coalition of individuals and community groups concerned about the negative impacts on health, environment and the economy from industrial-scale wind power generation projects.
http://www.windconcernsontario.ca