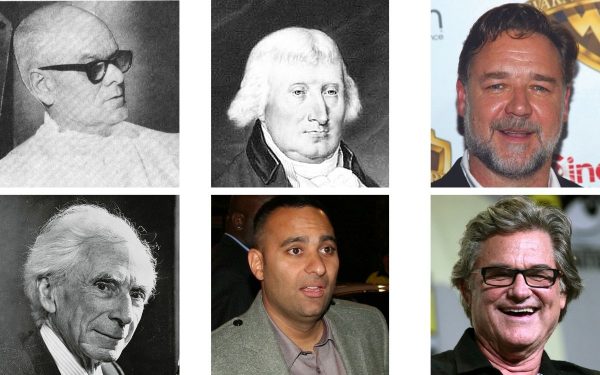 Rural village of Russell named after a land grabbing, slave owning, gambling loser and the locals are okay with it

RUSSELL — This rural community south of Ottawa is known as a place of dairy cattle, pastoral farm fields and burgeoning bedroom neighbourhoods of urban commuters.

However, Russell Township has also made headlines for bearing the name of a slave owner — and an informal poll recently conducted by Farmers Forum suggests no burning appetite for swapping out Peter Russell (1733-1808) as the municipality’s namesake.

The community became reacquainted last year with the historical Upper Canada administrator and slave owner. His controversial history came up in the wake of Black Lives Matter protests.

In turn, that led Mayor Pierre Leroux to announce the pursuit of a new namesake — another person with a first or last name of “Russell” to better reflect local values — based on submissions from the community. Floated by Leroux back in June 2020, the maneuver would allow Russell to keep its name while dumping any association with Peter Russell, who once owned 75,000 acres in Ontario when it was called Upper Canada. The mayor told Farmers Forum last month that it will be another few months before council receives a report on the process of establishing a new namesake.

Farmers Forum decided to seek public input on the matter surveying 30 township residents at the recent Russell Fair. Respondents chose from four of the biggest celebrity Russells, a Russell of their choice, or the option of leaving the matter alone and live with the town named after slave owner Russell.

Just over half of those surveyed — 16 individuals or 53% — indicated their support for the status quo. Eleven people, or slightly less than 37%, selected “other.” Of these 11, nine suggested “nobody” as their write-in choice to replace Peter Russell and township councillor Cindy Saucier offered the name of the former township fire chief Russell Phair.

The celebrity Russells on the list garnered very little support, if not smiles when their names were brought up. Canadian comedian Russell Peters collected two votes, while actors Kurt Russell and Russell Crowe got one apiece. Philosopher Bertrand Russell received no votes.

“As long as they don’t change the name Russell, that’s all that matters,” observed survey respondent Scott Cluett, who was among fair goers seeking respite from the intense heat under a tented canopy.

Henry Staal also offered his support for the status quo, though he noted Phair’s name as an “honourable mention.”
“We all learn from history, so don’t change it,” declared Brent Magladry.

Noted an unimpressed woman inside exhibition hall: “There are more important issues in the world.”