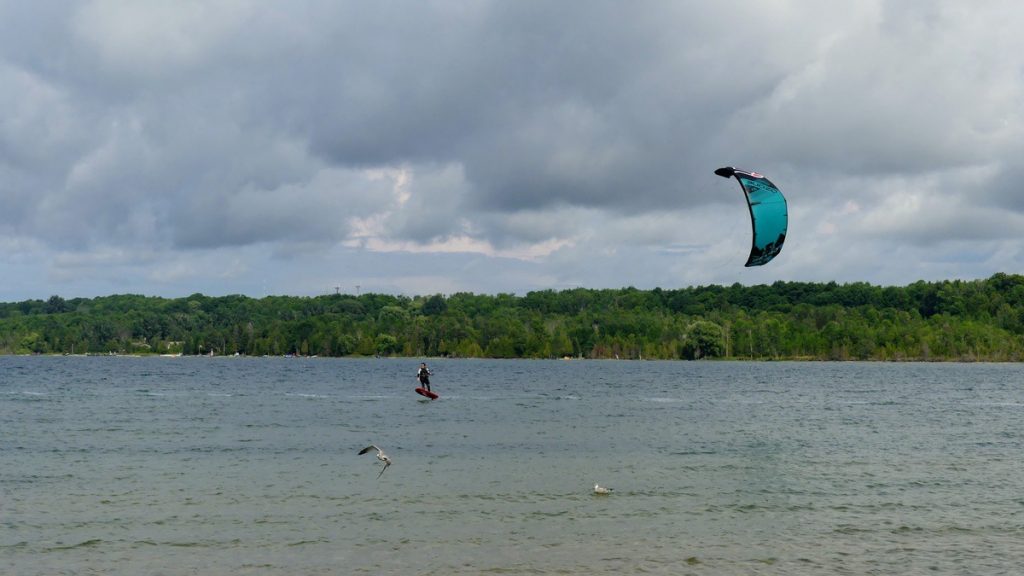 WIARTON — A major fish farm planned for Bruce County is facing opposition from an environmental group arguing against taking water from and returning it daily to a nearby bay. The aquaculture operation, however, would send just a fraction of treated effluent water into the bay as the village’s own sewage treatment facility.

Ontario’s first salmon farm would draw water out of Colpoy Bay — an offshoot of Georgian Bay — to be recirculated or “recycled” within the production facility. A maximum of 50,000 litres would return daily to the bay as treated and “cleaned” effluent, via a planned six-inch diameter pipe. The 50,000 litres is equivalent to 50 one-metre square cubes or 50 totes.

That amount of outflow equates to a little less than 3% of the average daily discharge of Wiarton’s sewage treatment facility: The latest municipal performance report for the wastewater plant recorded an average of just over 1.726 million litres of effluent flowing into the natural water body each day.

The largest milk tanker trucks in Ontario carry about 38,000 litres. The amount of water taken from the bay for the salmon operation would also be less than that used by snowmaking operations at a local ski hill, according to a fish farm document.

It says the facility will employ 200 people once it goes online — media accounts suggest that might be four years from now — with additional construction jobs during the build.

The development is, however, opposed by a citizen’s action group that has sprung up in the South Bruce Peninsula municipality. The group’s website — smells fishy.org — airs concerns largely revolving around the plan to take and return water to the bay.

“It is our position that the establishment of an industry of this magnitude will not come without heavy environmental and ecological cost,” the website says. “The positive socioeconomic impacts stated by the company are minimal at the very best and do not assimilate well with what life in ‘The Bruce’ is, and why people choose to live here.”

The group says it would be one of the largest facilities of its type in the country. They estimate annual production of about 15,000 tonnes of sh per year, compared to Ontario’s current farmed fish output of about 6,000 tonnes.

GBIG anticipates three trucks a day will visit the site.

Among the first dozen examples in the world using ‘Recycled Aquaculture System’ (RAS) technology, the developer sees inland fish farming of this type as the future amid a burgeoning global appetite for salmon — while regulators cut back on conventional cage-based salmon heavier environmental impact. Ottawa ordered a large number of marine cage sites to close next year, according to GBIG.

Demand for salmon continues to rise by 10% annually while supply is growing by only 3%, says the company, which plans a public information session in Wiarton later this fall.

Ontario’s Ministry of Northern Development, Mines, Natural Resources and Forestry issued the aquaculture licence, under the Fish and Wildlife Conservation Act. The Owen Sound Times has reported the project still requires permits from the Ministry of Environment, Conservation and Parks and possibly the Ministry of Agriculture, Food and Rural A airs (OMAFRA).

OMAFRA confirmed for Farmers Forum that the facility “may have requirements under the Nutrient Management Act … depending on the final size and production of the facility, and the Ministry would work directly with the company if deemed necessary.”

The ministry “is supportive of the economic development potential the business could bring to the area. No approvals or licenses have been authorized by OMAFRA at this time.”